Where the Wild Stars Are 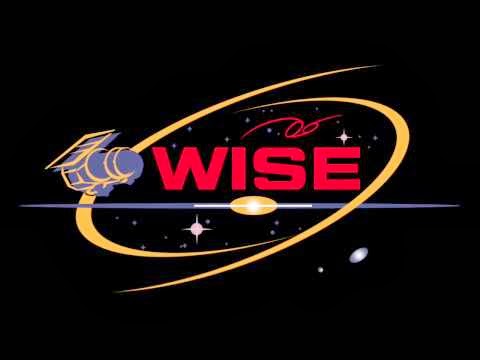 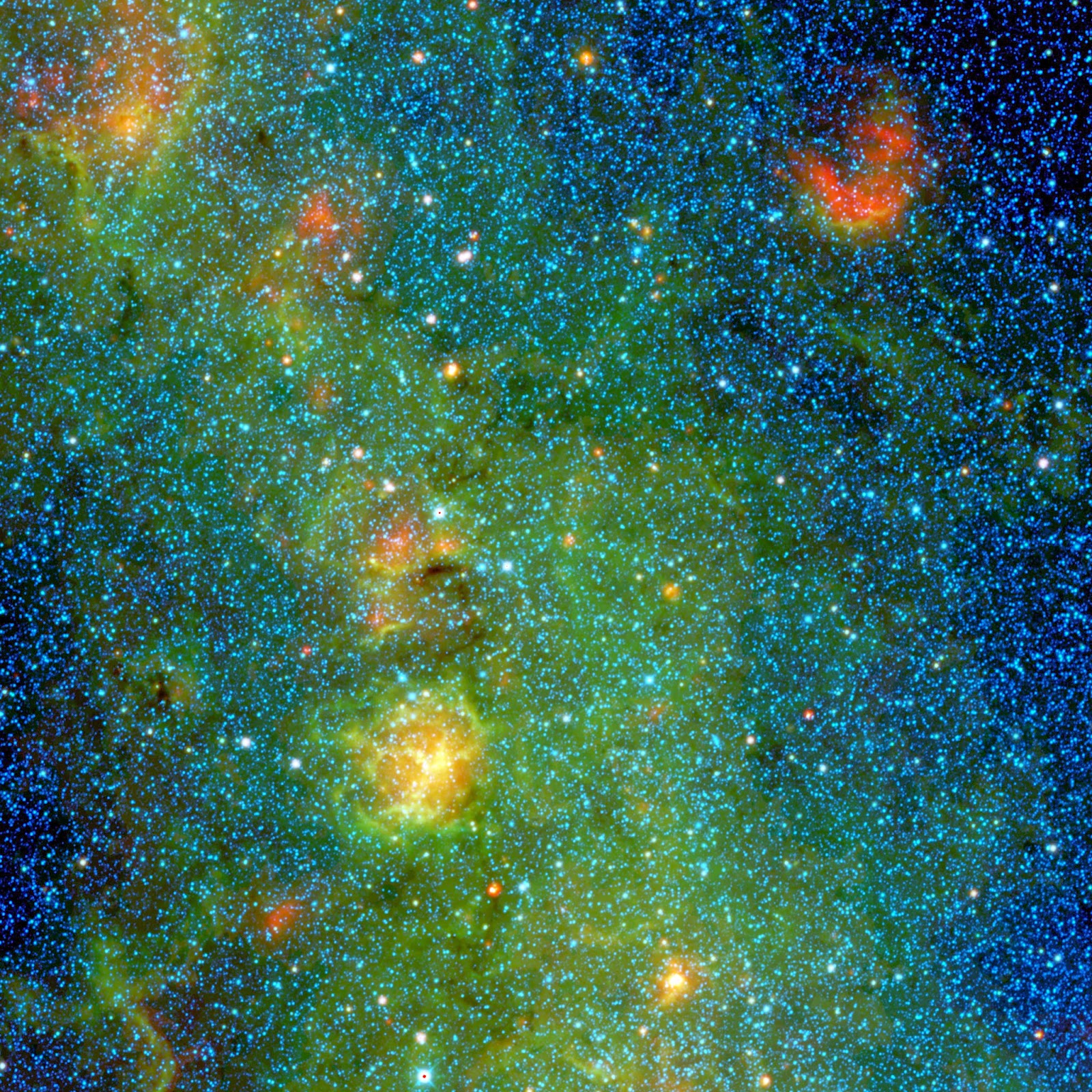 Image above: Radiation and winds from massive stars have blown a cavity into the surrounding dust and gas, creating the Trifid nebula, as seen here in infrared light by NASA's Wide-field Infrared Survey Explorer, or WISE. Image Credit: NASA/JPL-Caltech/UCLA.

A storm of stars is brewing in the Trifid nebula, as seen in this view from NASA's Wide-field Infrared Survey Explorer, or WISE. The stellar nursery, where baby stars are bursting into being, is the yellow-and-orange object dominating the picture. Yellow bars in the nebula appear to cut a cavity into three sections, hence the name Trifid nebula.

Colors in this image represent different wavelengths of infrared light detected by WISE. The main green cloud is made up of hydrogen gas. Within this cloud is the Trifid nebula, where radiation and winds from massive stars have blown a cavity into the surrounding dust and gas, and presumably triggered the birth of new generations of stars. Dust glows in infrared light, so the three lines that make up the Trifid, while appearing dark in visible-light views, are bright when seen by WISE.

The blue stars scattered around the picture are older, and they lie between Earth and the Trifid nebula. The baby stars in the Trifid will eventually look similar to those foreground stars. The red cloud at upper right is gas heated by a group of very young stars.

The Trifid nebula is located 5,400 light-years away in the constellation Sagittarius. 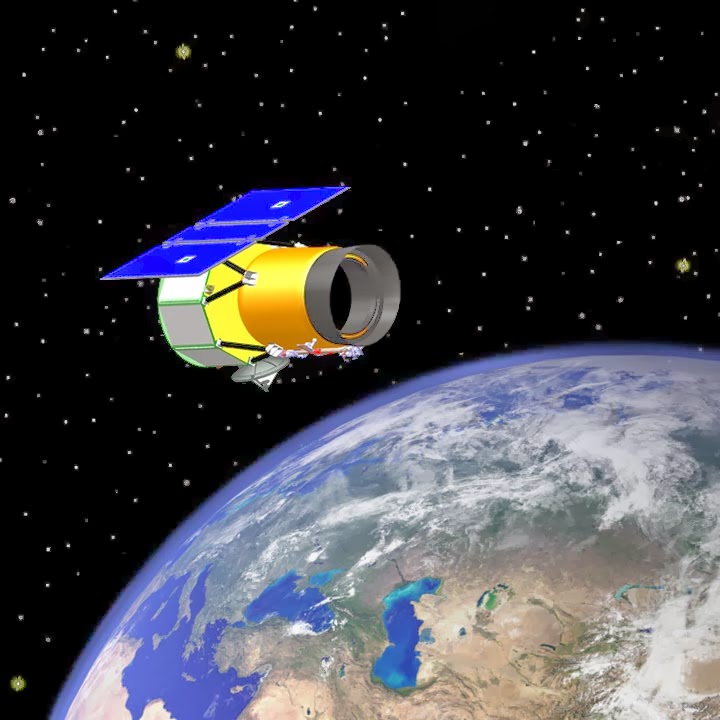 Blue represents light emitted at 3.4-micron wavelengths, and cyan (blue-green) represents 4.6 microns, both of which come mainly from hot stars. Relatively cooler objects, such as the dust of the nebula, appear green and red. Green represents 12-micron light and red, 22-micron light.

NASA's Jet Propulsion Laboratory, Pasadena, Calif., manages and operates the recently activated NEOWISE asteroid-hunting mission for NASA's Science Mission Directorate. The results presented here are from the WISE all-sky survey mission, which operated before NEOWISE, using the same spacecraft, in 2010 and 2011. WISE was selected competitively under NASA's Explorers Program managed by the agency's Goddard Space Flight Center in Greenbelt, Md. The science instrument was built by the Space Dynamics Laboratory in Logan, Utah. The spacecraft was built by Ball Aerospace & Technologies Corp. in Boulder, Colo. Science operations and data processing take place at the Infrared Processing and Analysis Center at the California Institute of Technology, Pasadena. Caltech manages JPL for NASA.