Biological studies on the spacecraft Foton-M

At Baikonur continue to prepare for the launch of the spacecraft (SC) "Foton-M". Launch rocket Soyuz-2.1a with Foton-M is scheduled for July 18, 2014. 60 days orbiting satellite Foton-M will carry out an extensive research program, which includes a number of technological and biological research. 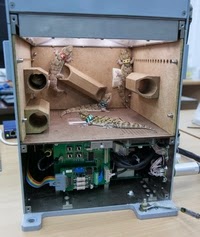 The biological part of the mission Foton-M in space includes eight experiments. First of all, to be sent into orbit preparing geckos . They can already be called "astronauts tested" because geckos lizard family has successfully participated in the scientific program biosatellites Bion-M. This time they are involved in the experiment "gecko-F4", whose main objective is to study the effects of microgravity on the body of adult animals, their sexual behavior and embryonic development. For two months, will be a continuous video recording of this experiment. 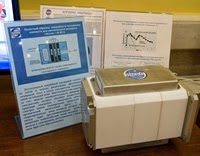 Experiment "FLUOTREK" will be conducted in order to study the dynamics of changes in the state of intracellular systems under the action of space flight factors. To do this, at different stages of flight using fluorescent probes will be conducted registration mitochondrial membrane potential and explore the effect of temperature on intracellular processes regulating the functional state of the cells in vitro.

The purpose of the experiment "BIOFROST" is the study of the influence of space flight on microbial complex, isolated from permafrost.

During the experiment, "BIORADIATSIYA-F" will examine the characteristics of cosmic ionizing radiation effects and its impact on biological objects in open space and inside the satellite. Research objects are dried seeds, silkworm eggs and other biological objects that do not require life support in space flight.

Experiment "METEORITE" should reveal the chances of survival of microorganisms on materials that mimic the basics of meteorites and asteroids.

Structural and functional study of the growth and development of pure culture mushroom, mushroom spore mass (Pleurotus ostreatus), as well as fungal thalli symbiotic organisms (lichens Peltigera aphthosa and Hypogymnia physodes) in space flight will be carried out in the experiment "MYCOLOGY."

Objects of research experiment "BIOTRANSFORMATION" are aerobic bacteria culture. The purpose of the experiment - to study the process of biodegradation of polyethylene film microorganisms without any additional ingredients and forced removal of metabolic products in spaceflight.

Upon completion of studies with scientific equipment prototypes in the descent capsule will return to Earth for further study.