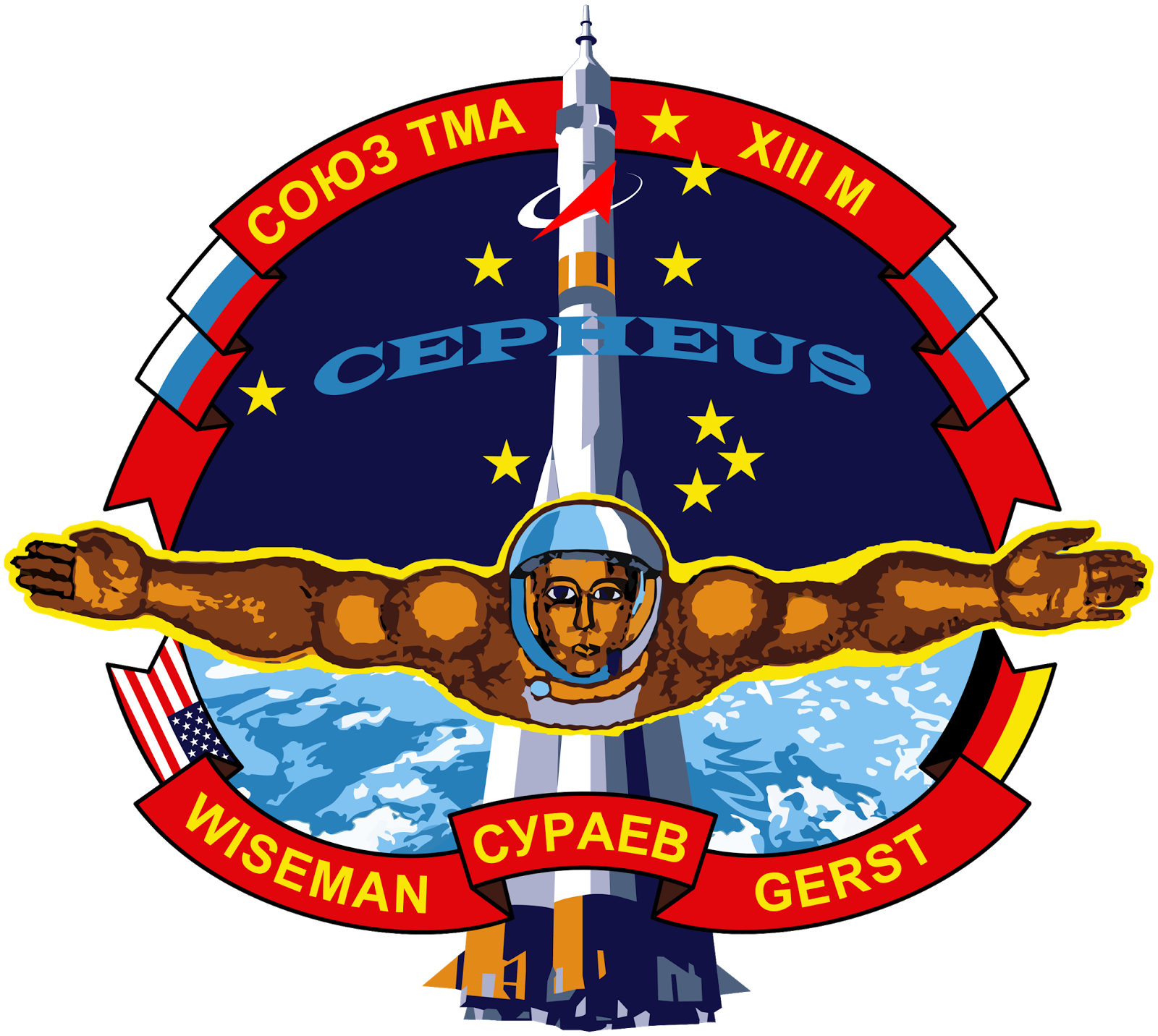 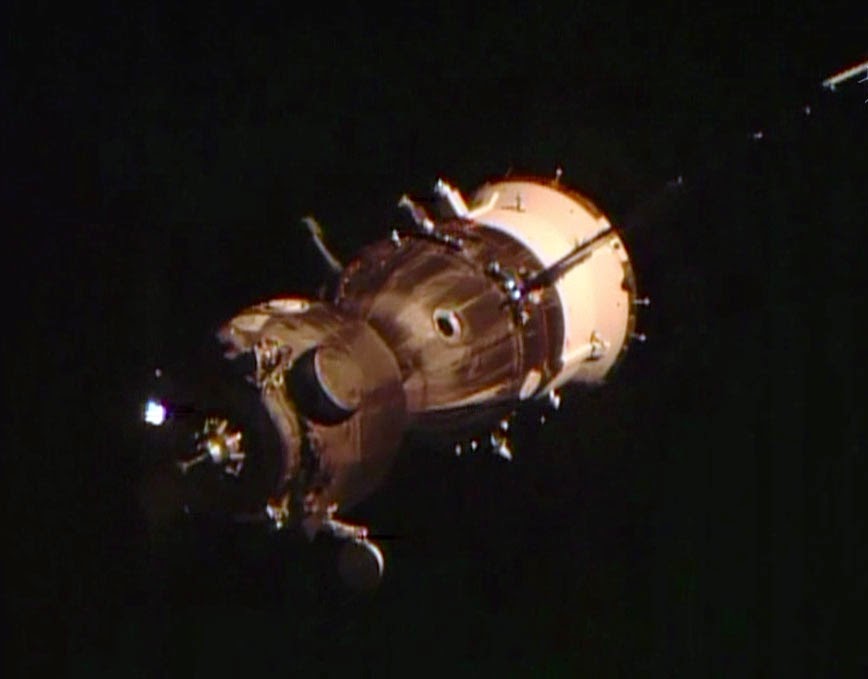 Image above: The Soyuz TMA-13M spacecraft closes in on the International Space Station for docking. Image Credit: NASA TV.

Soyuz Commander and cosmonaut Max Suraev of Roscosmos, the Russian Federal Space Agency, NASA astronaut Reid Wiseman and European Space Agency (ESA) astronaut Alexander Gerst docked their Soyuz TMA-13M spacecraft to the Earth-facing port of the station’s Rassvet Mini-Research Module-1 as the complex was flying at an altitude of about 260 statute miles over the Pacific Ocean, west of Peru.

The three men launched from Baikonur at 3:57 p.m. (1:57 a.m. Thursday, Kazakh time) to begin the four-orbit chase to catch up with the station.  At the time of launch the station was soaring at an altitude of 260 statute miles, just south of Karaganda, Kazakhstan, having passed directly over the Baikonur launch site just two minutes and one second earlier. 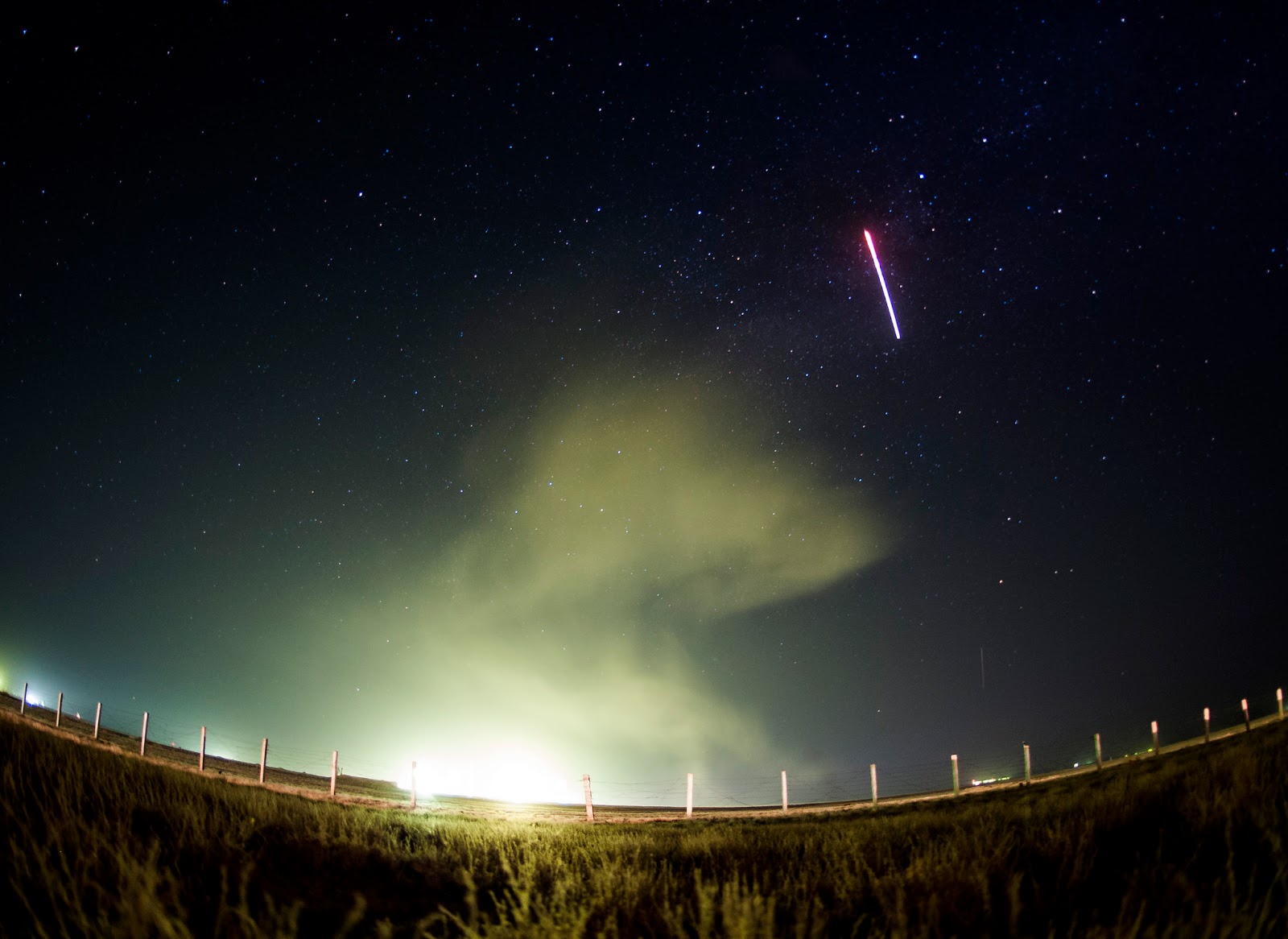 Image above: The Soyuz TMA-13M rocket is launched, as seen in this 30-second exposure at the Baikonur Cosmodrome in Kazakhstan. Image Credit: NASA/Joel Kowsky.

Commander Steve Swanson of NASA and Flight Engineers Oleg Artemyev and Alexander Skvortsov of Roscosmos, who have been aboard the orbiting complex since March 27, will welcome the new trio of Expedition 40 flight engineers aboard when the hatches open at 11:25 p.m.

Afterward, the six-person crew will move into the Zvezda service module so the station’s three newest residents can receive congratulatory calls from family members and VIPs gathered in Baikonur.

Coverage of the hatch opening and welcome ceremony begins on NASA TV at 11 p.m.

The crew will team up for a safety review to discuss roles and responsibilities before wrapping up the day’s activities aboard the station. The entire Expedition 40 crew will have an off-duty day Thursday to shift its sleep schedules back to the usual 2 a.m. reveille beginning Friday. 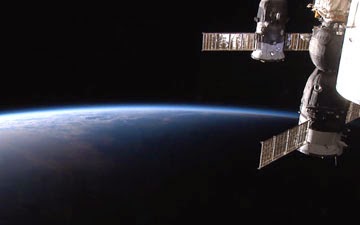 Some of the cargo flown aboard this Soyuz TMA-13M will be used in research investigations that are either ongoing or planned aboard the space station.

Wiseman, Suraev and Gerst are scheduled to spend 166 days aboard the station.  When Swanson, Skvortsov and Artemyev head back to Earth on Sept. 10, it will mark the end of Expedition 40 and the beginning of Expedition 41 under the command of Suraev. Three additional Expedition 41 crewmates will arrive later that month.