Hubble snaps stormy region at its smallest size ever 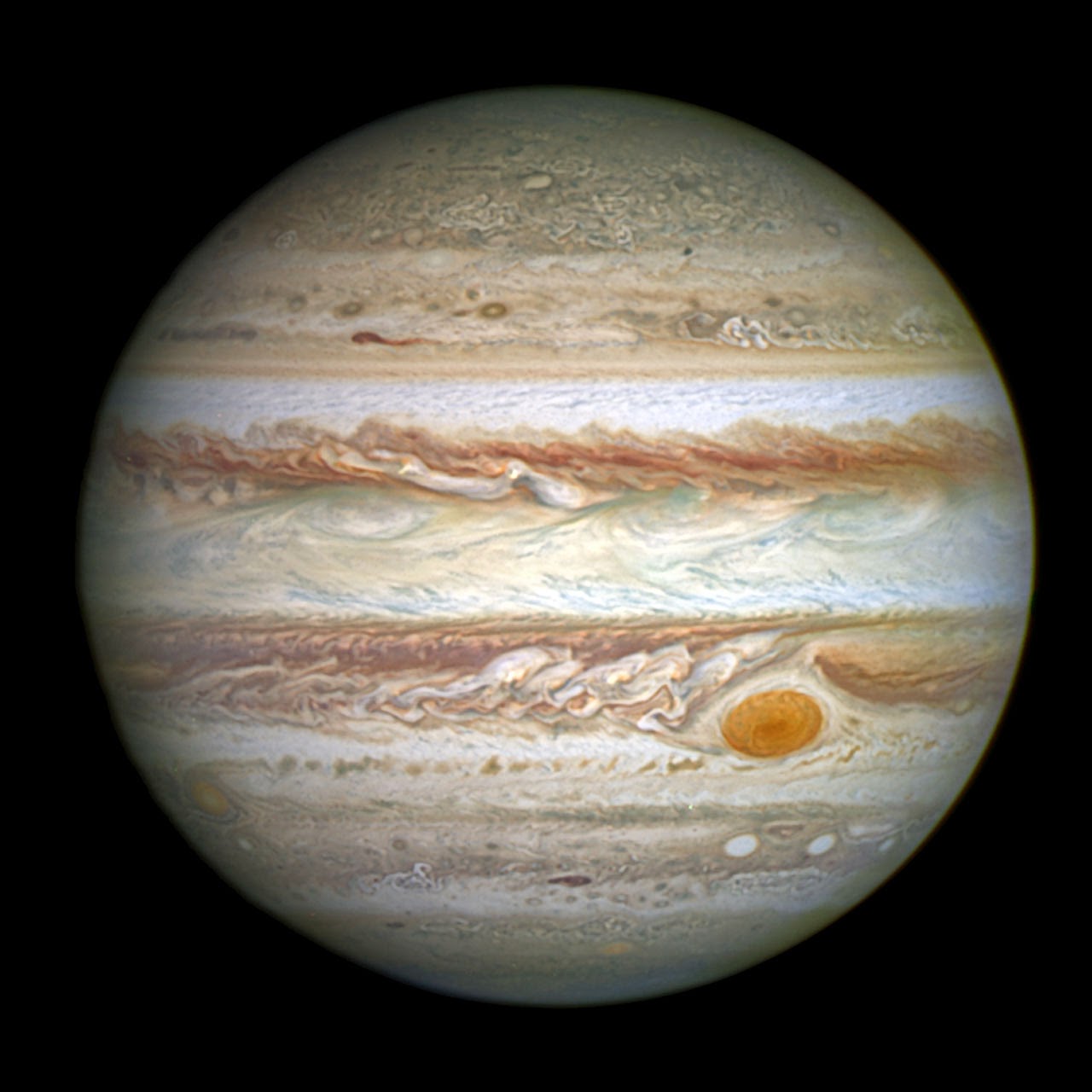 Jupiter's trademark Great Red Spot — a swirling storm feature larger than Earth — is shrinking. This downsizing, which is changing the shape of the spot from an oval into a circle, has been known about since the 1930s, but now these striking new NASA/ESA Hubble Space Telescope images capture the spot at a smaller size than ever before.

Jupiter's Great Red Spot is a churning anticyclonic storm [1]. It shows up in images of the giant planet as a conspicuous deep red eye embedded in swirling layers of pale yellow, orange and white. Winds inside this Jovian storm rage at immense speeds, reaching several hundreds of kilometres per hour. 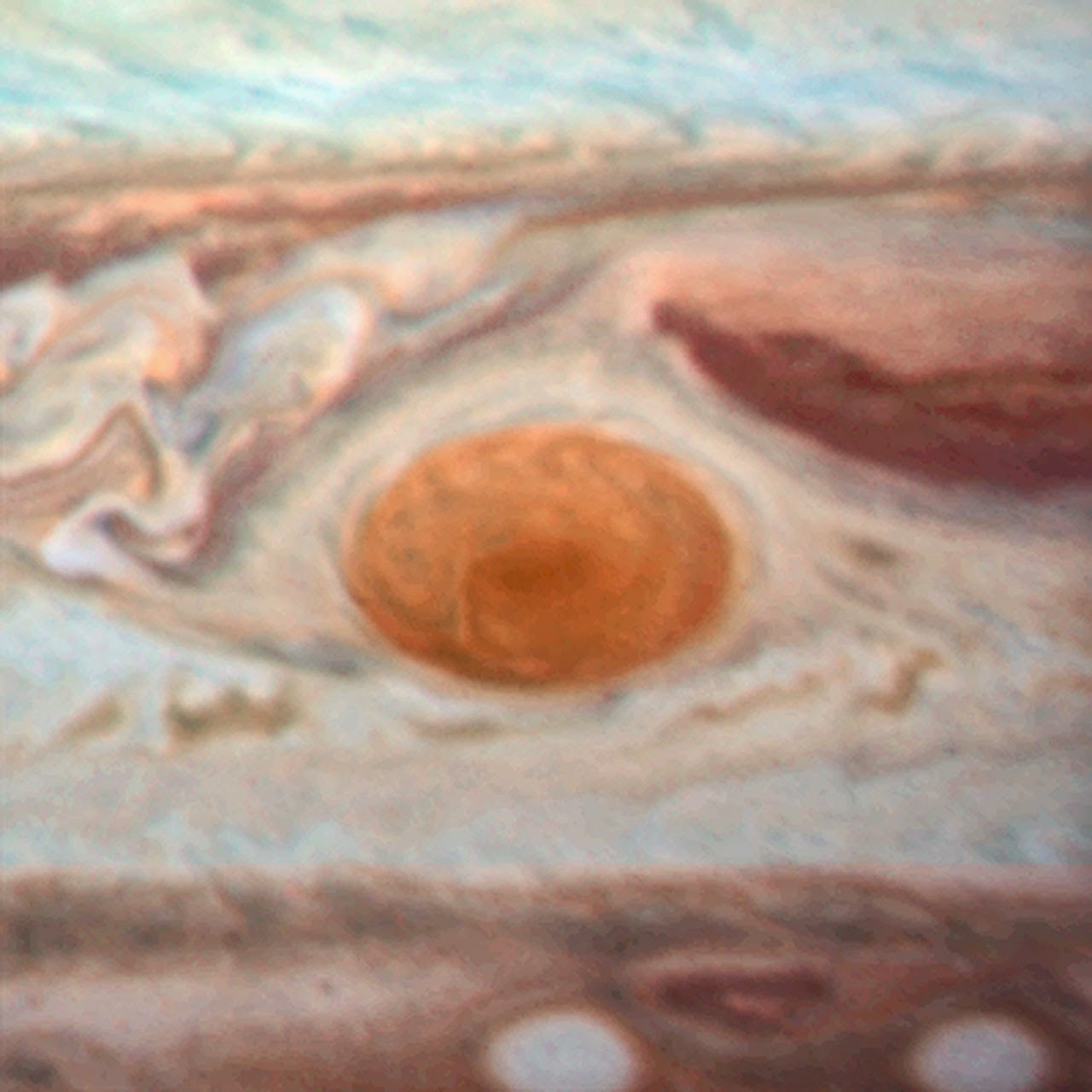 Historic observations as far back as the late 1800s [2] gauged this turbulent spot to span about 41 000 kilometres at its widest point — wide enough to fit three Earths comfortably side by side. In 1979 and 1980 the NASA Voyager fly-bys measured the spot at a shrunken 23 335 kilometres across. Now, Hubble has spied this feature to be smaller than ever before. 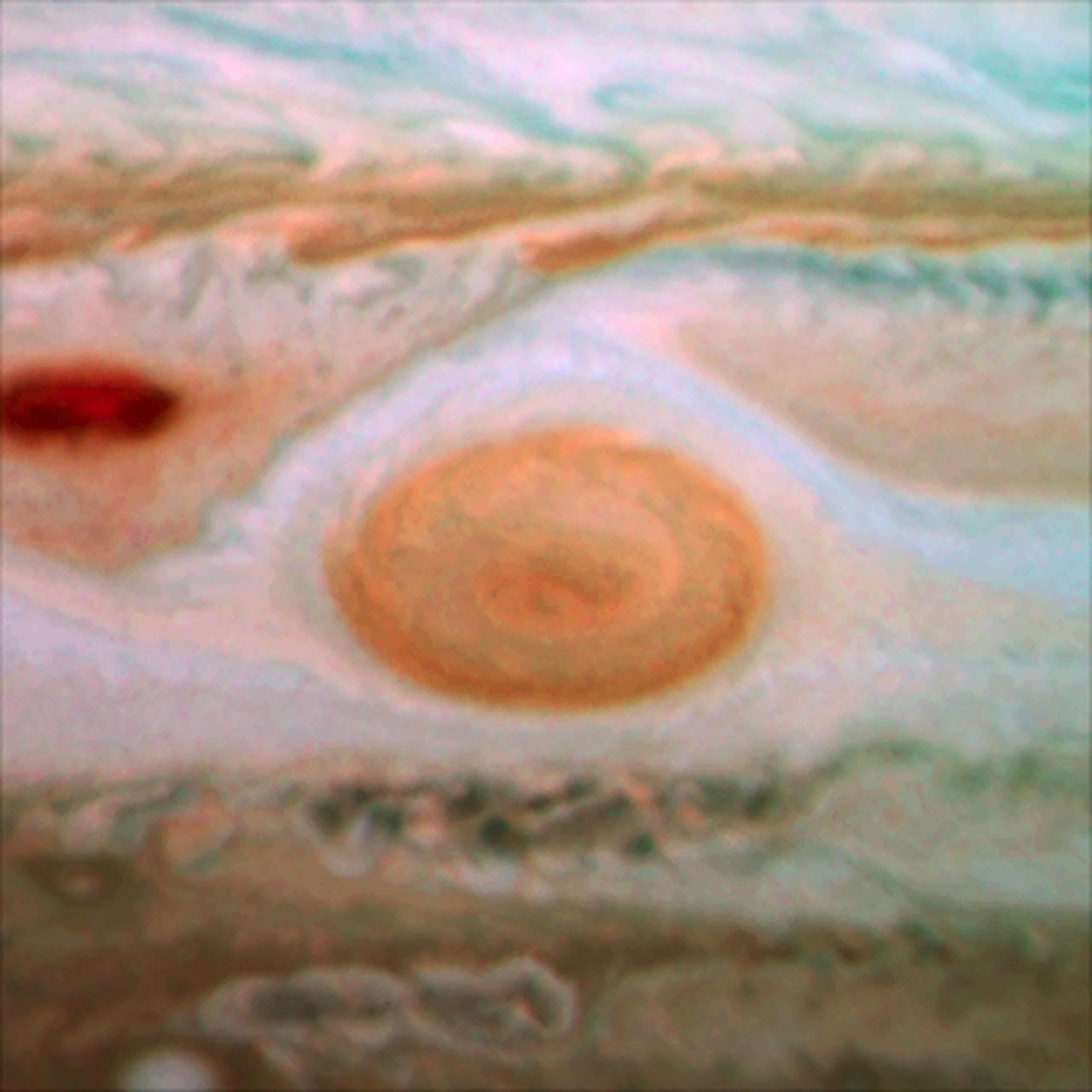 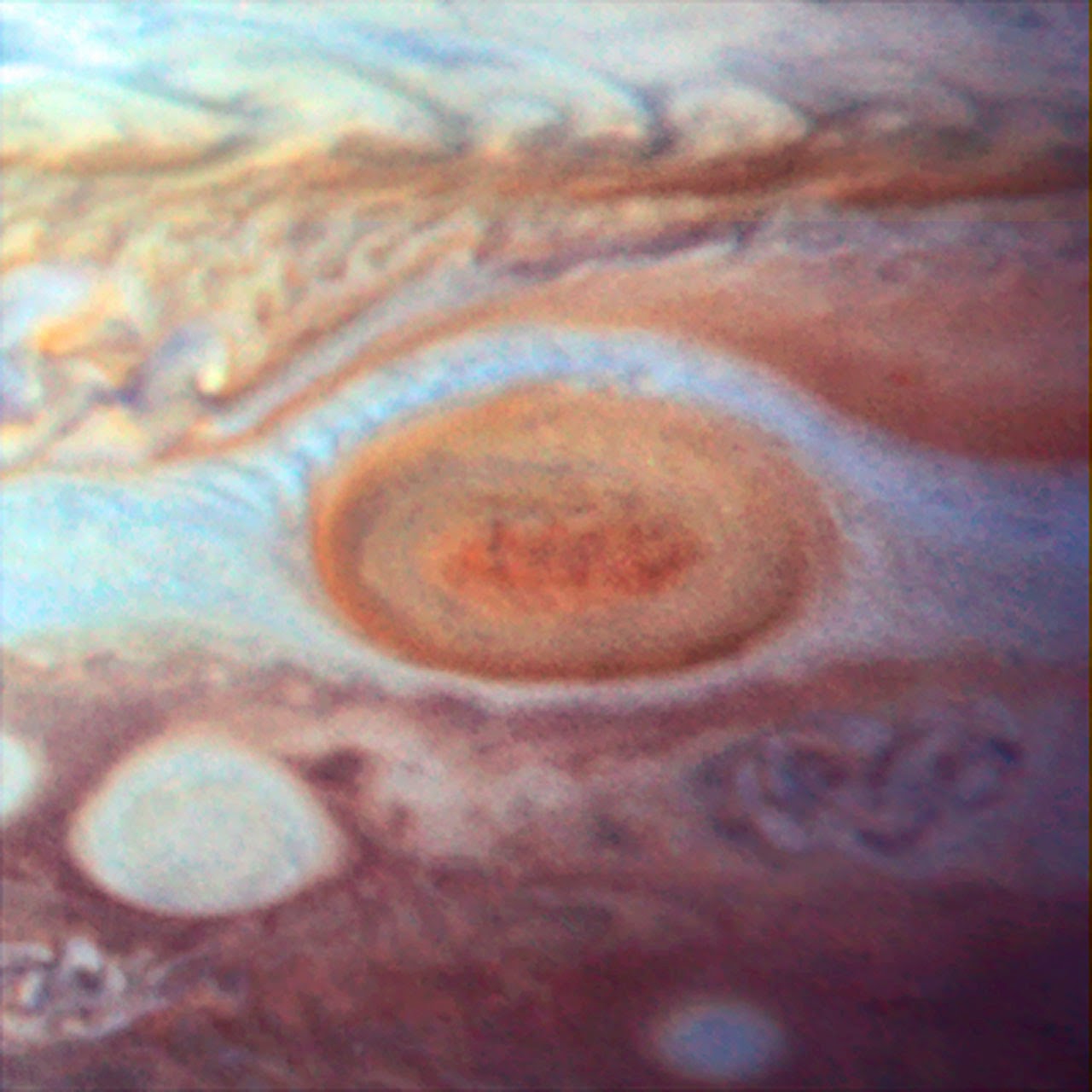 Amateur observations starting in 2012 revealed a noticeable increase in the spot's shrinkage rate. The spot's "waistline" is getting smaller by just under 1000 kilometres per year. The cause of this shrinkage is not yet known.

"In our new observations it is apparent that very small eddies are feeding into the storm," said Simon. "We hypothesised that these may be responsible for the accelerated change by altering the internal dynamics of the Great Red Spot."

Simon's team plan to study the motions of these eddies, and also the internal dynamics of the spot, to determine how the stormy vortex is fed with or sapped of momentum.

This full-disc image of Jupiter was taken on 21 April 2014 with Hubble's Wide Field Camera 3 (WFC3).

[1] The Great Red Spot is a high-pressure anticyclone. It rotates in an anti-clockwise direction in Jupiter's southern hemisphere.