Although LHC physics is still far away, we can now confirm that the injectors are producing physics! In the East Area - the experimental area behind the Proton Synchrotron (PS)  - the T9 and T10 beam lines are providing beams for physics. These beam lines serve experiments such as AIDA - which looks at new detector solutions for future accelerators - and the ALICE Inner Tracking System - which tests components for the ALICE experiment.

"In the weeks since completing hardware tests, the Operations team has been hard at work setting up the beams for physics," says Rende Steerenberg, PS section leader. "On Thursday, 10 July, we began extracting beams towards the East Area transfer line and by Monday evening the beam was hitting the East Area's target. The next day, beams were in the T9 and T10 beam lines for physics."

Image above: Beams for physics: The yellow line shows the circulating beam current in the PS, decreasing slowly during the extraction, which lasts 350 ms. The green line is the measured proton intensity in the transfer line toward the East Area target.

These beams are arriving at a refurbished East Area, which has seen its fair share of changes during the Long Shutdown 1 (LS1). "The T7 beam line and the DIRAC experiment have been completely removed," says Lau Gatignon, who is leading the East Area renovation project. "We've also replaced our primary target, which is used to create the hadron and electron beams that are then sent down the different lines." The new, more robust target will allow a monitoring screen to be permanently in place while there is beam. This addition will greatly help the Operations team and thus improve the continuity of the beam for physics. 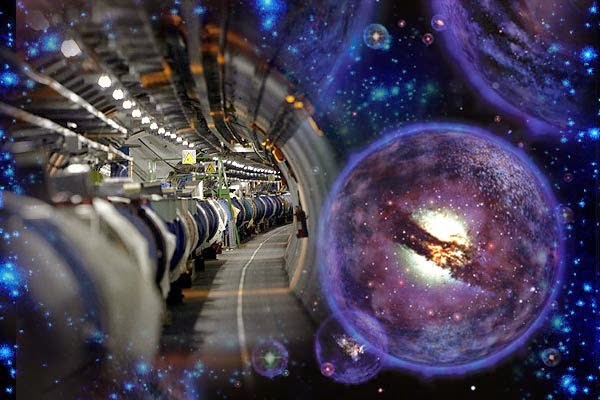 CERN LHC - To discover the secrets of matter

Although experiments on the T9 and T10 lines will be conducting physics, the East Area renovations are by no means complete. "The IRRAD and CHARM facilities, in the south zone of the East Area, are still under construction," says Michael Lazzaroni, technical activities coordinator for the East Area. "These works will be completed by mid-September, at which point the East Area will be fully available for physics." In September, the CLOUD experiment on the T11 beam line will start its data-taking period.

These first physics beams are but a taste of what's to come as the accelerator chain continues its awakening. Next up: the ISOLDE and n_ToF experiments, which should receive beams for physics by the end of the month.