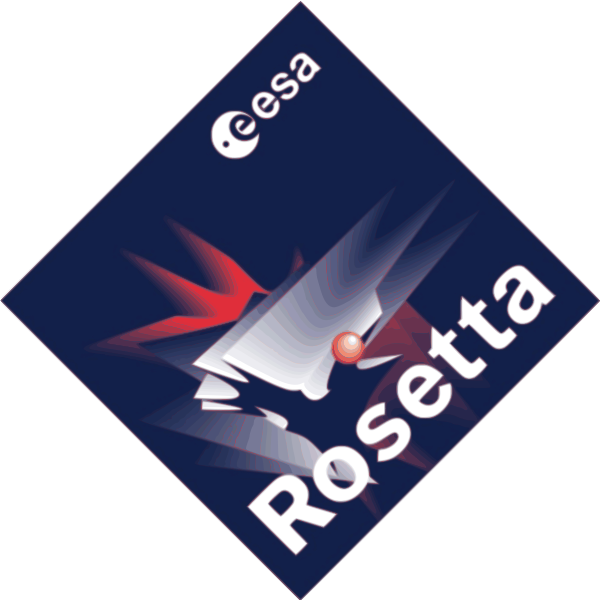 Surface structures are becoming visible in new images of comet 67P/Churyumov-Gerasimenko taken by the scientific imaging system OSIRIS onboard the European Space Agency's Rosetta spacecraft. The resolution of these images is now 330 feet (100 meters) per pixel. One of the most striking features is currently found in the comet’s neck region. This part of 67P seems to be brighter than the rest of the nucleus.

As earlier images had already shown, 67P may consist of two parts: a smaller head connected to a larger body. The connecting region, the neck, is proving to be especially intriguing. “The only thing we know for sure at this point is that this neck region appears brighter compared to the head and body of the nucleus,” says OSIRIS Principal Investigator Holger Sierks from the Max Planck Institute for Solar System Research in Germany. This collar-like appearance could be caused by differences in material or grain size, or could be a topographical effect.

Animation above: mages of comet 67P/Churyumov-Gerasimenko taken on July 14, 2014, by the OSIRIS imaging system aboard the European Space Agency's Rosetta spacecraft have allowed scientists to create this three-dimensional shape model of the nucleus. Image Credit: ESA/Rosetta/MPS for OSIRIS Team/MPS/UPD/LAM/IAA/SSO/INTA/UPM.

Even though the images taken from a distance of 3,400 miles (5,500 kilometers) are still not highly resolved, the scientists are remotely reminded of comet 103P/Hartley, which was visited in a flyby by NASA’s EPOXI mission in 2010. While Hartley’s ends show a rather rough surface, its middle is much smoother. Scientists believe this waist to be a gravitational low: since it contains the body’s center of mass, emitted material that cannot leave the comet’s gravitational field is most likely to be re-deposited there.

Whether this also holds true for 67P’s neck region is still unclear. Another explanation for the high reflectivity could be a different surface composition. In coming weeks, the OSIRIS team hopes to analyze the spectral data of this region obtained with the help of the imaging system’s filters. These can select several wavelength regions from the reflected light, allowing scientists to identify the characteristic fingerprints of certain materials and compositional features.

Images above: Comet 67P/Churyumov-Gerasimenko was imaged by the European Space Agency's Rosetta spacecraft on July 20, 2014, from a distance of approximately 3,400 miles (5,500 kilometers). These three images were taken two hours apart. Image Credit: ESA/Rosetta/MPS for OSIRIS Team/MPS/UPD/LAM/IAA/SSO/INTA/UPM.

At the same time, the team is currently modeling the comet’s three-dimensional shape from the camera data. Such a model can help to get a better impression of the body’s shape. Rosetta will be the first mission in history to rendezvous with a comet, escort it as it orbits the sun, and deploy a lander to its surface.