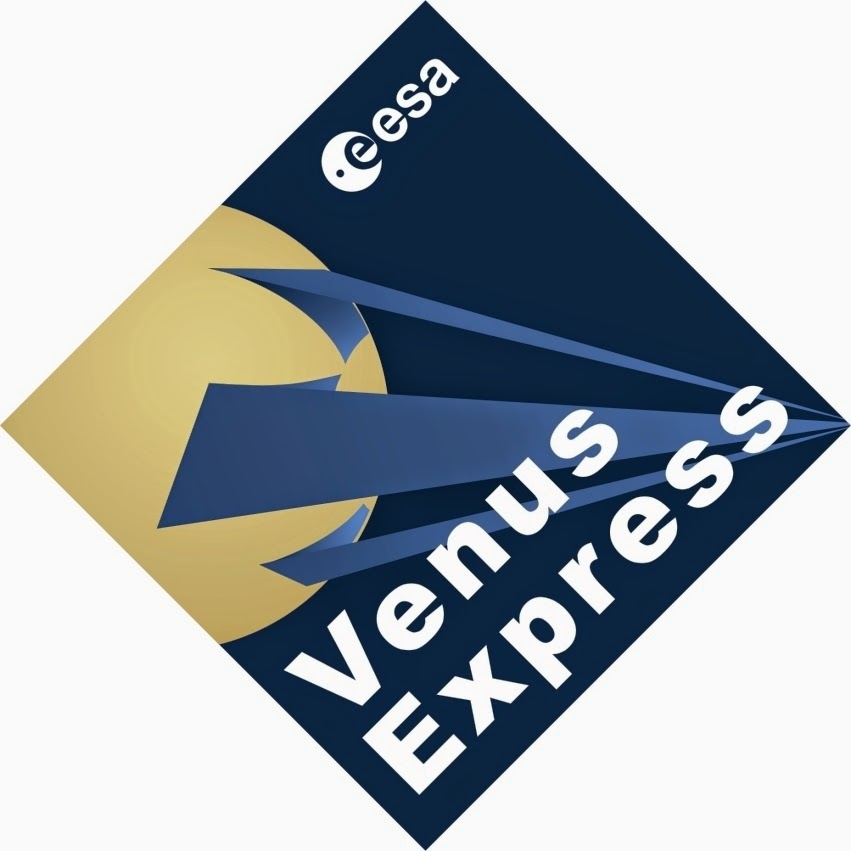 After a month surfing in and out of the atmosphere of Venus down to just 130 km from the planet’s surface, ESA’s Venus Express is about to embark on a 15 day climb up to the lofty heights of 460 km.

Since its arrival at Venus in 2006, the spacecraft has been conducting science observations from an elliptical 24-hour orbit that took it from a distant 66 000 km over the south pole – affording incredible global views – to altitudes around 250 km at the north pole, just above the top of the planet’s atmosphere. 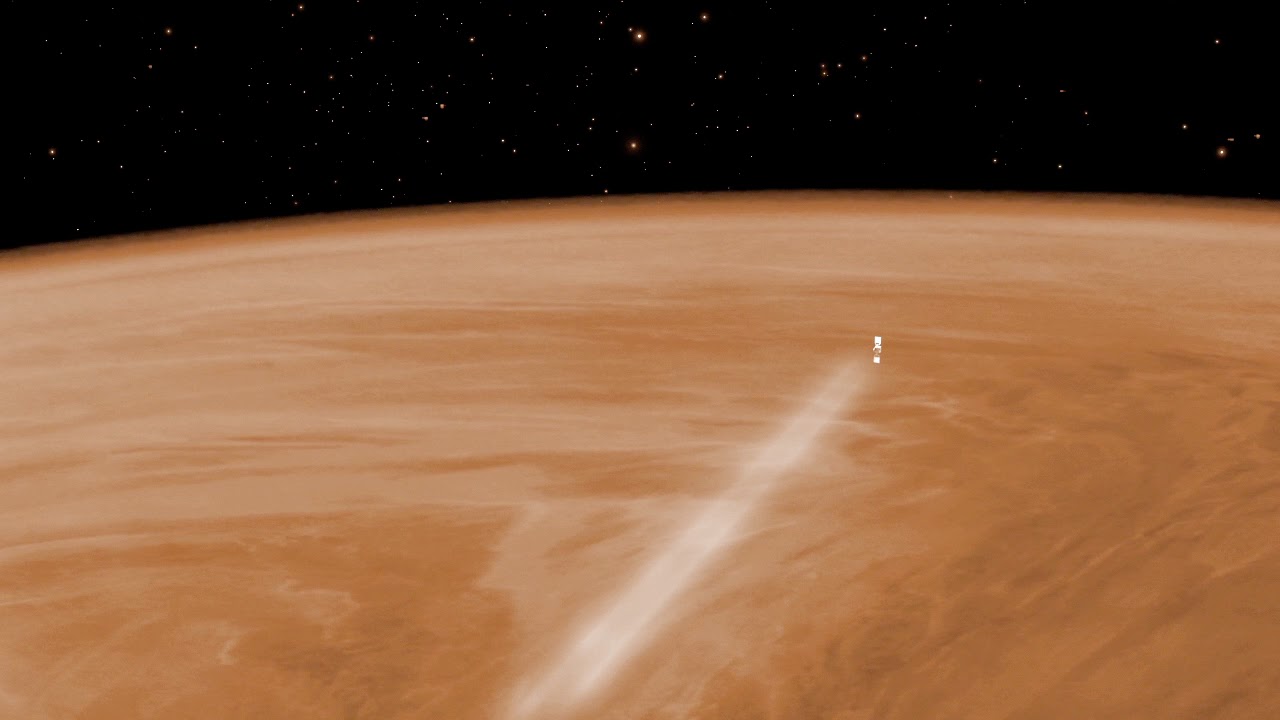 After eight years in orbit and with fuel for its propulsion system running low, a daring aerobraking campaign was planned as a final assignment for Venus Express, during which it would dip progressively lower into the atmosphere on its closest approaches to the planet.

Thus routine science operations concluded on 15 May, and the spacecraft’s altitude was allowed to drop naturally from the effect of gravity, culminating in a month ‘surfing’ between 131 km and 135 km above the surface.

Additional small thruster burns were used to drop the spacecraft to lower altitudes, reaching 130.2 km earlier this week. Tomorrow, it is expected to dip to 129.1 km.

“We have explored uncharted territory, diving deeper into the atmosphere than ever before,” says Håkan Svedhem, ESA’s Venus Express project scientist.

“We’ve measured the effects of atmospheric drag on the spacecraft, which will teach us how the density of the atmosphere varies on local and global scales.”

Indeed, the additional drag exerted by the denser atmosphere at lower altitudes reduced the spacecraft’s orbital period by more than an hour.

The forces experienced by the spacecraft at different altitudes equate to a difference in atmospheric density of about thousand times between 165 km and 130 km, causing significantly increased stress on the spacecraft.

Indeed, the Venus Express team monitored the rapid heating that the spacecraft experienced as it skimmed through the upper reaches of the atmosphere during each orbit at about 36 000 km/h.

“Analysing the spacecraft’s response to such rapid heating will be useful for planning future spacecraft systems and subsystem design.”

Commands have now been sent to the spacecraft ready to begin a series of 15 manoeuvres that will raise the lowest part of the orbit to about 460 km. These begin tomorrow and should be completed by 26 July.

Once Venus Express reaches this higher altitude orbit it will be allowed to decay naturally, eventually sinking into the atmosphere by December, ending its mission. 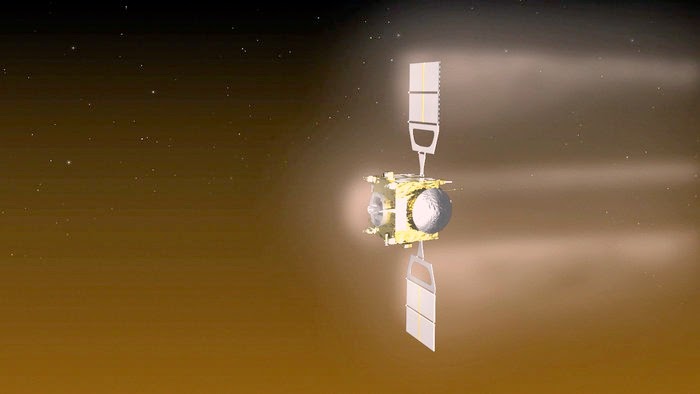 Image above: Visualisation of Venus Express during the aerobraking manoeuvre, which will see the spacecraft orbiting Venus at an altitude of around 130 km from 18 June to 11 July 2014.

However, it is possible that the remaining fuel will run out during the thruster burns required to raise its orbit.

If this occurs, it will no longer be possible to communicate with the craft and its orbit will once again decay.

“We have already gained valuable experience in operating a spacecraft in these challenging conditions that will be important for future missions that may require it. Once we have completed the orbit raise, we look forward to processing and analysing the scientific data collected on the atmosphere,” says Patrick Martin, ESA’s Venus Express mission manager.