A galaxy of deception 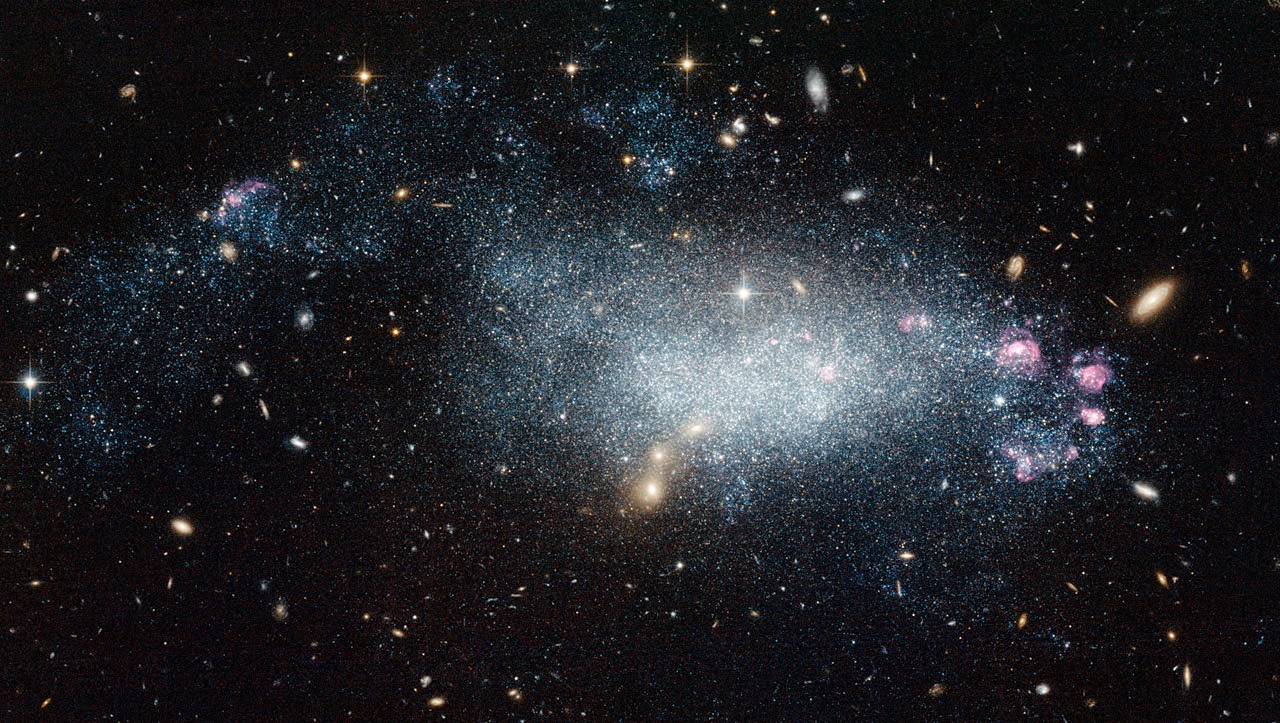 Astronomers usually have to peer very far into the distance to see back in time, and view the Universe as it was when it was young. This new NASA/ESA Hubble Space Telescope image of galaxy DDO 68, otherwise known as UGC 5340, was thought to offer an exception. This ragged collection of stars and gas clouds looks at first glance like a recently-formed galaxy in our own cosmic neighbourhood. But, is it really as young as it looks?

Astronomers have studied galactic evolution for decades, gradually improving our knowledge of how galaxies have changed over cosmic history. The NASA/ESA Hubble Space Telescope has played a big part in this, allowing astronomers to see further into the distance, and hence further back in time, than any telescope before it — capturing light that has taken billions of years to reach us. 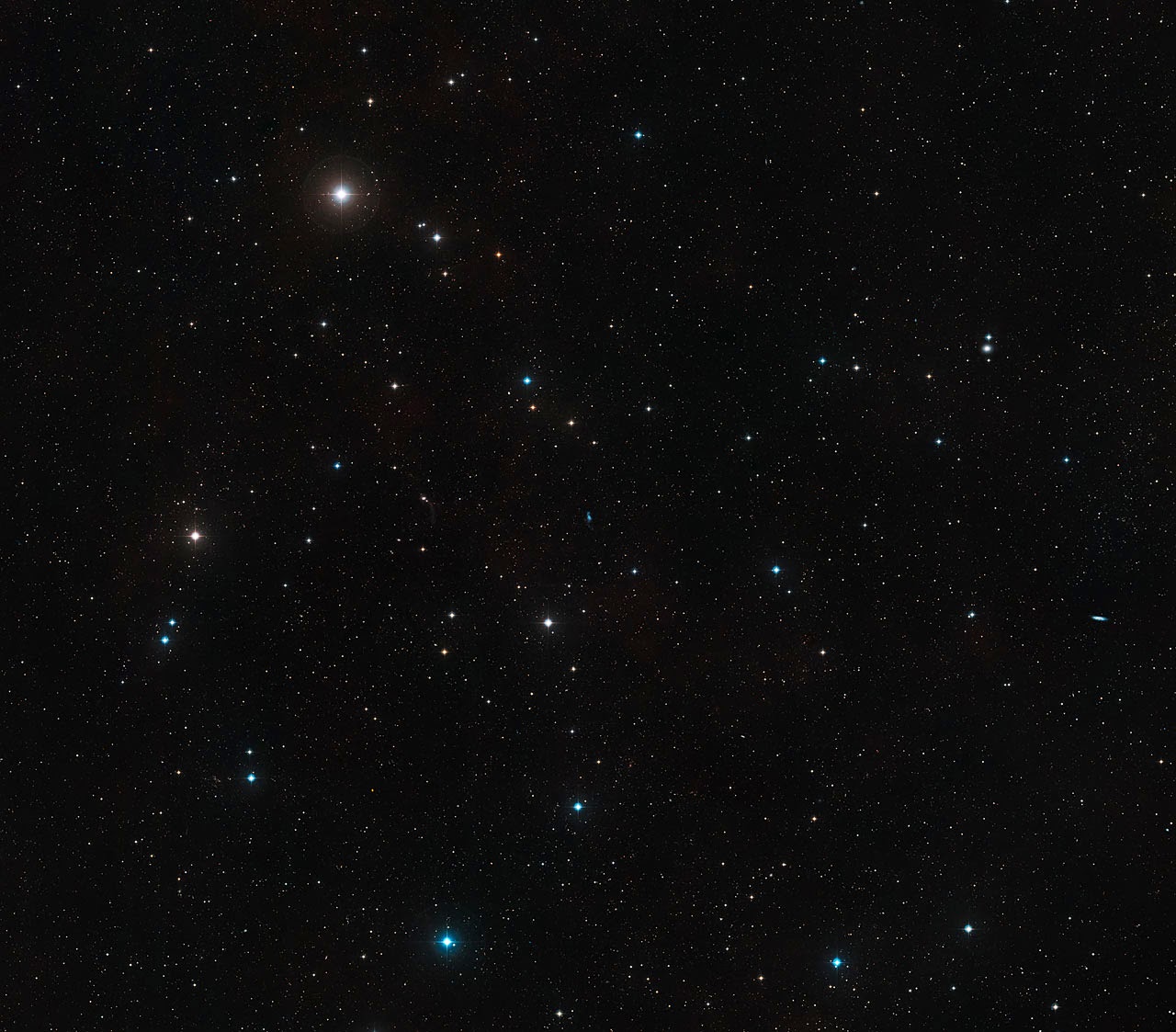 Looking further into the very distant past to observe younger and younger galaxies is very valuable, but it is not without its problems for astronomers. All newly-born galaxies lie very far away from us and appear very small and faint in the images. On the contrary, all the galaxies near to us appear to be old ones.

DDO 68, captured here by the NASA/ESA Hubble Space Telescope, was one of the best candidates so far discovered for a newly-formed galaxy in our cosmic neighbourhood. The galaxy lies around 39 million light-years away from us; although this distance may seem huge, it is in fact roughly 50 times closer than the usual distances to such galaxies, which are on the order of several billions of light years.

By studying galaxies of various ages, astronomers have found that those early in their lives are fundamentally different from those that are older. DDO 68 looks to be relatively youthful based on its structure, appearance, and composition. However, without more detailed modelling astronomers cannot be sure and they think it may be older than it lets on.


Zooming in on dwarf galaxy DDO 68

Elderly galaxies tend to be larger thanks to collisions and mergers with other galaxies that have bulked them out, and are populated with a variety of different types of stars — including old, young, large, and small ones. Their chemical makeup is different too. Newly-formed galaxies have a similar composition to the primordial matter created in the Big Bang (hydrogen, helium and a little lithium), while older galaxies are enriched with heavier elements forged in stellar furnaces over multiple generations of stars.

DDO 68 is the best representation yet of a primordial galaxy in the local Universe as it appears at first glance to be very low in heavier elements — whose presence would be a sign of the existence of previous generations of stars.

Hubble observations were carried out in order to study the properties of the galaxy’s light, and to confirm whether or not there are any older stars in DDO 68. If there are, which there seem to be, this would disprove the hypothesis that it is entirely made up of young stars. If not, it would confirm the unique nature of this galaxy. More complex modelling is needed before we can know for sure but Hubble's picture certainly gives us a beautiful view of this unusual object.

The image is made up of exposures in visible and infrared light taken with Hubble's Advanced Camera for Surveys.