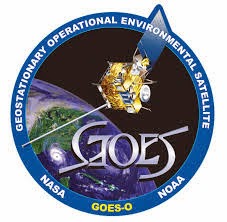 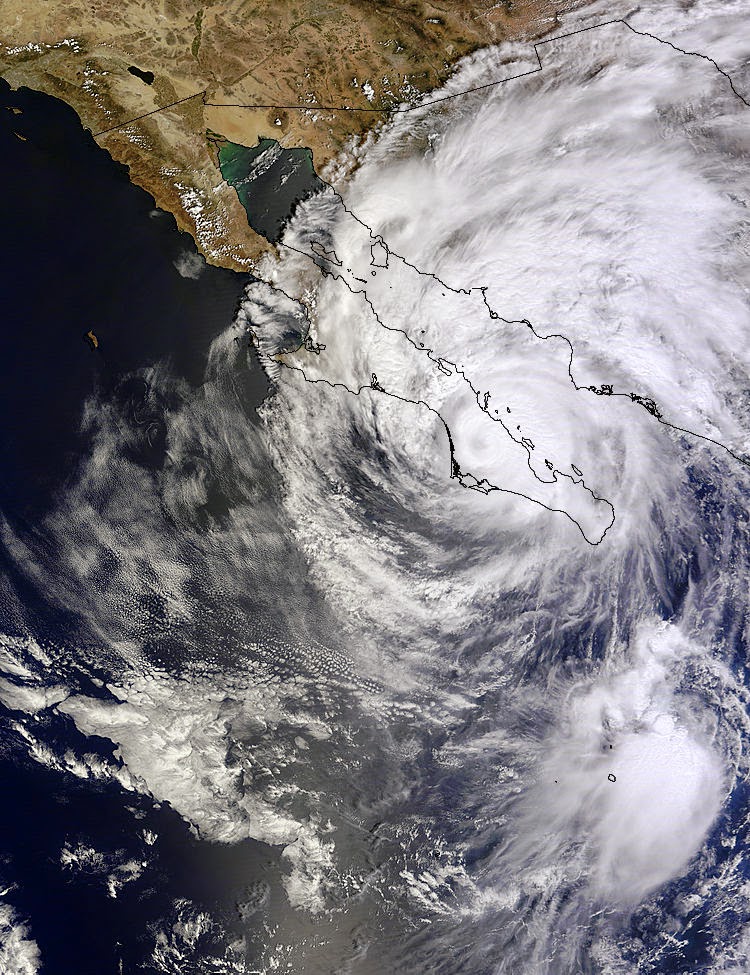 Flood Watch in Effect for Tucson, Arizona and Surrounding Area

In the U.S., flash flood watch remains in effect from late tonight (Sept. 16) through Thursday afternoon including the greater Tucson area. The National Weather Service cautioned that the heaviest rainfall amounts will total 3 to 5 inches by late Thursday.  For details visit: http://www.weather.gov.

Warnings in Effect in Mexico

At 8 a.m. EDT on September 16, the center of Tropical Storm Odile was located near latitude 28.1 north and longitude 113.0 west. Odile was moving toward the north-northwest near 10 mph (17 kph) and a turn toward the north and north-northeast is expected later in the day. Maximum sustained winds have decreased to near 60 mph (95 kph) and weakening is forecast. The estimated minimum central pressure is 994 millibars. 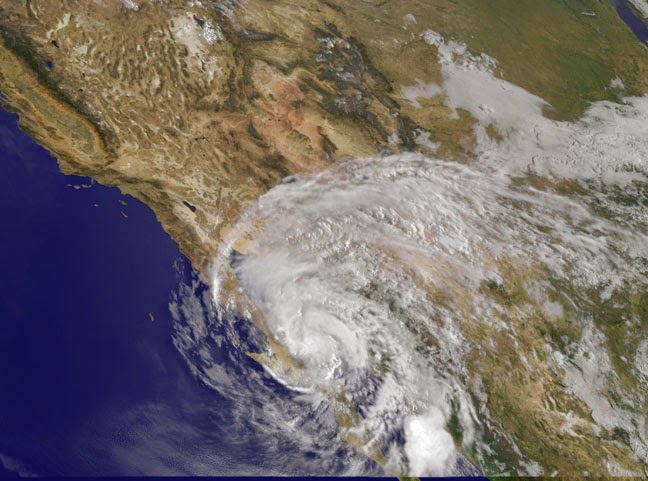 The National Hurricane Center noted that on the forecast track, the center of Odile will continue to move over or near the east coast of the Baja California Peninsula through today...and move over the northern Gulf of California tonight and into northern mainland Mexico on Wednesday.

A visible image on Sept. 16 at 10:11 a.m. from NOAA's GOES-West satellite showed Tropical Storm Odile moving over Baja California, Mexico and stretching into the southwestern U.S.

Odile is likely to become a tropical depression by early Wednesday, September 17.