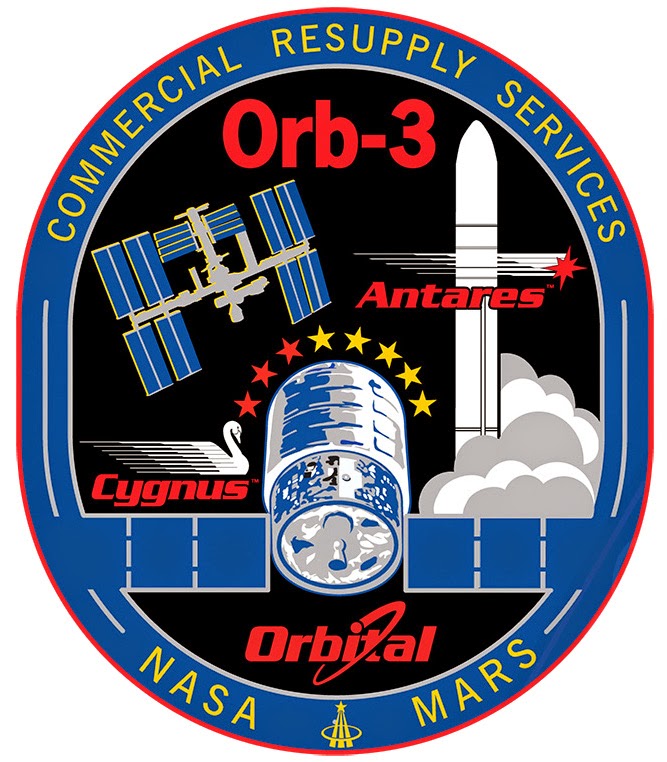 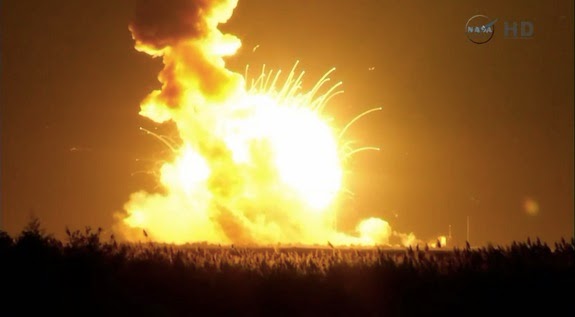 The Antares rocket lifted off on schedule at 6:22 pm EDT from the Mid-Atlantic Regional Spaceport at Wallops Island, Virginia. Approximately ten seconds after liftoff, however, an explosion took place at the base of the rocket’s first stage. The rocket fell back to the ground near the launch pad, triggering a second, larger explosion.

No injuries were reported in the launch failure, according to NASA TV commentary. Initial reports did indicate damage to the launch pad at Wallops.

The accident, the first launch failure in five Antares launches, took place after a problem-free countdown. The launch was originally scheduled for Oct. 27 but was scrubbed when a boat entered restricted waters off the coast from the launch site and did not leave before the ten-minute launch window closed. 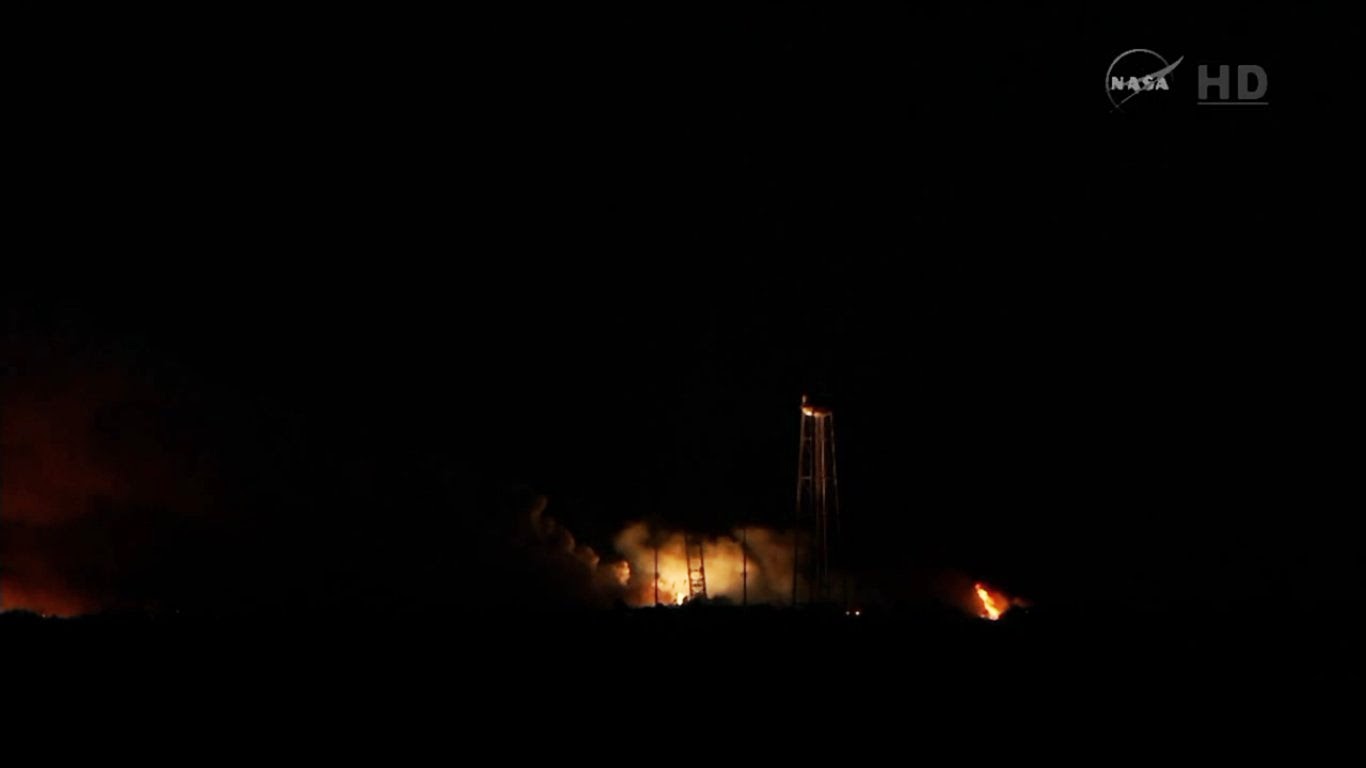 Probable damage to the launch pad at Wallops

The mission, designated Orb-3 by NASA, was the third of eight Commercial Resupply Services missions that Orbital Sciences is under contract to perform for the space agency. The Cygnus, named by Orbital the “SS Deke Slayton” after the late astronaut, was carrying 2,290 kilograms of cargo for the station.

Orbital Sciences Corporation confirms that today’s Antares rocket launch from NASA’s Wallops Flight Facility was not successful. Shortly after lift-off from the Mid-Atlantic Regional Spaceport Pad 0A at 6:22 p.m. (EDT), the vehicle suffered a catastrophic failure. According to NASA’s emergency operations officials, there were no casualties and property damage was limited to the south end of Wallops Island. Orbital has formed an anomaly investigation board, which will work in close coordination with all appropriate government agencies, to determine the cause of today’s mishap.

“It is far too early to know the details of what happened,” said Mr. Frank Culbertson, Orbital’s Executive Vice President and General Manager of its Advanced Programs Group.“As we begin to gather information, our primary concern lies with the ongoing safety and security of those involved in our response and recovery operations. We will conduct a thorough investigation immediately to determine the cause of this failure and what steps can be taken to avoid a repeat of this incident. As soon as we understand the cause we will begin the necessary work to return to flight to support our customers and the nation’s space program.”

Orbital will provide more information as it becomes available and is verified.

For more information about Orbital: http://www.orbital.com/