Station Crew Wraps Up Week of Spacewalk Preps With Research

The six-person Expedition 41 crew of the International Space Station conducted a range of scientific experiments Friday to benefit life here on Earth, closing out a busy workweek primarily focused on gearing up for a series of spacewalks.

Flight Engineer Alexander Gerst of the European Space Agency worked with an experiment that’s looking for a way to repurpose a diabetes treatment drug into a cancer fighter. The Drug Metabolism experiment studies yeast cells to understand how drugs act on tumors to see if metaformin, a drug commonly used to treat type 2 diabetes, can serve as an anti-cancer drug. The German astronaut retrieved samples from the Commercial Generic Bioprocessing Apparatus and injected the test drugs into them. 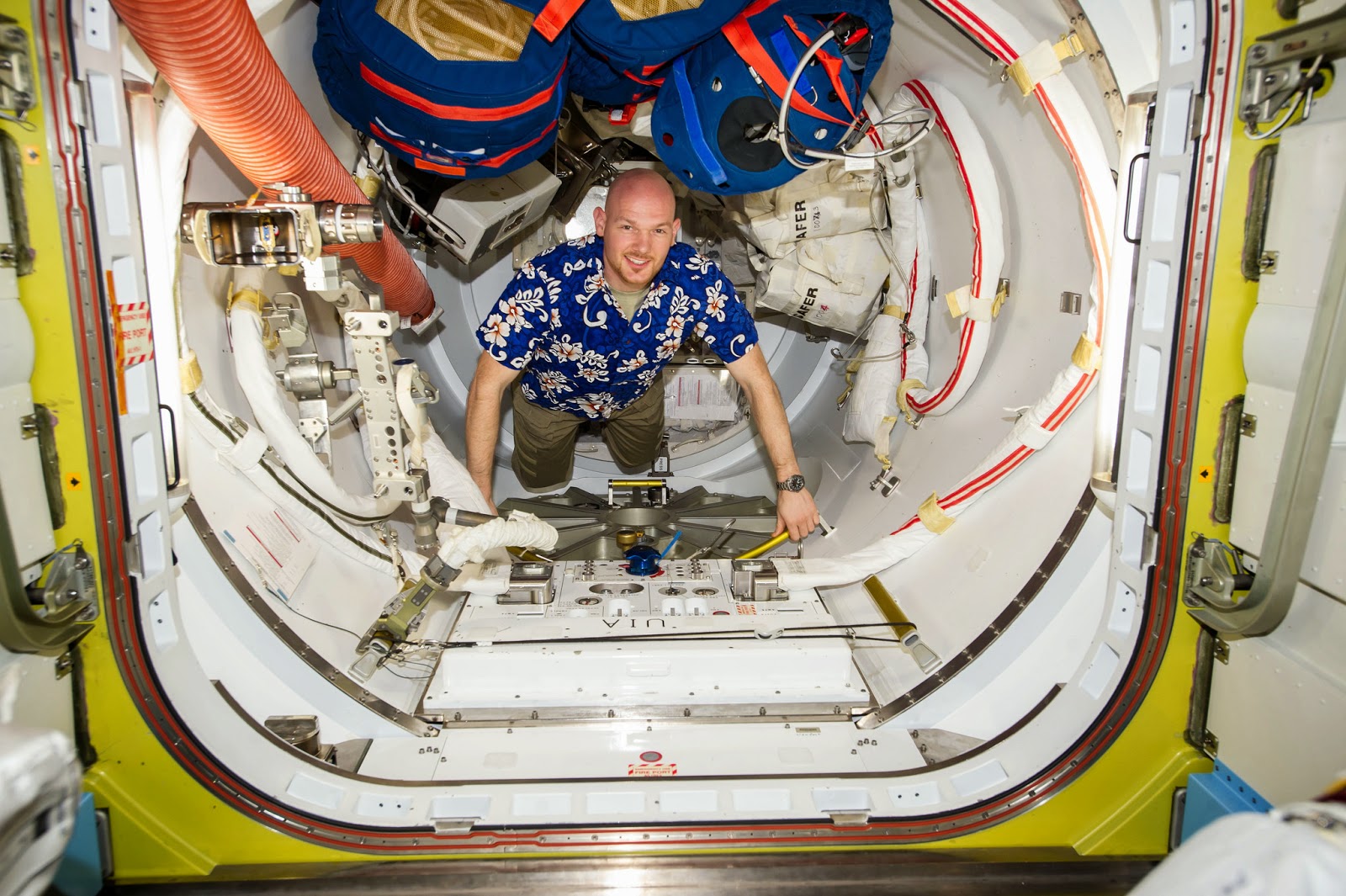 Gerst also transferred a seedling culture dish into the Cell Biology Experiment Facility for incubation. The Plant Gravity Sensing experiment is examining the cellular and molecular mechanisms that enable plants to sense gravity. The researchers behind this study hypothesize that the gravity sensitivity of plants here on Earth can be modified to make crops more resistant to the destructive forces of nature, thus maintaining yields even in areas struck by flooding or high winds.

Meanwhile in the Japanese Kibo laboratory, Flight Engineer Barry Wilmore of NASA performed some maintenance on the Aquatic Habitat currently housing a school of fish popularly known as zebra danios for the Zebrafish Muscle study. The goal of this experiment is to determine whether zebrafish muscles weaken in microgravity similarly to human muscles and, if so, isolate the cause. Results from the Zebrafish Muscle investigation may help identify molecular changes involved in the deterioration of muscles exposed to microgravity, which could provide benefits to patients confined to bed and astronauts on long-duration space missions.

Flight Engineer Reid Wiseman checked in on several experiments taking place aboard the orbiting laboratory. The NASA astronaut first placed test canisters from the Biological Research in Canisters-19 (BRIC-19) experiment into the Minus Eighty-degree Laboratory Freezer for ISS, or MELFI. This experiment is taking a look at the development in microgravity of Arabidopsis thaliana seedlings, commonly referred to as Mouse-ear cress.

Wiseman then transferred test samples for the Micro-8 experiment, which is investigating the Candida albicans yeast in order to help scientists better understand and control the infectious nature of this opportunistic pathogen.

After a marathon week of preparations for a pair of upcoming U.S. spacewalks, the three astronauts also had some welcome off-duty time Friday. 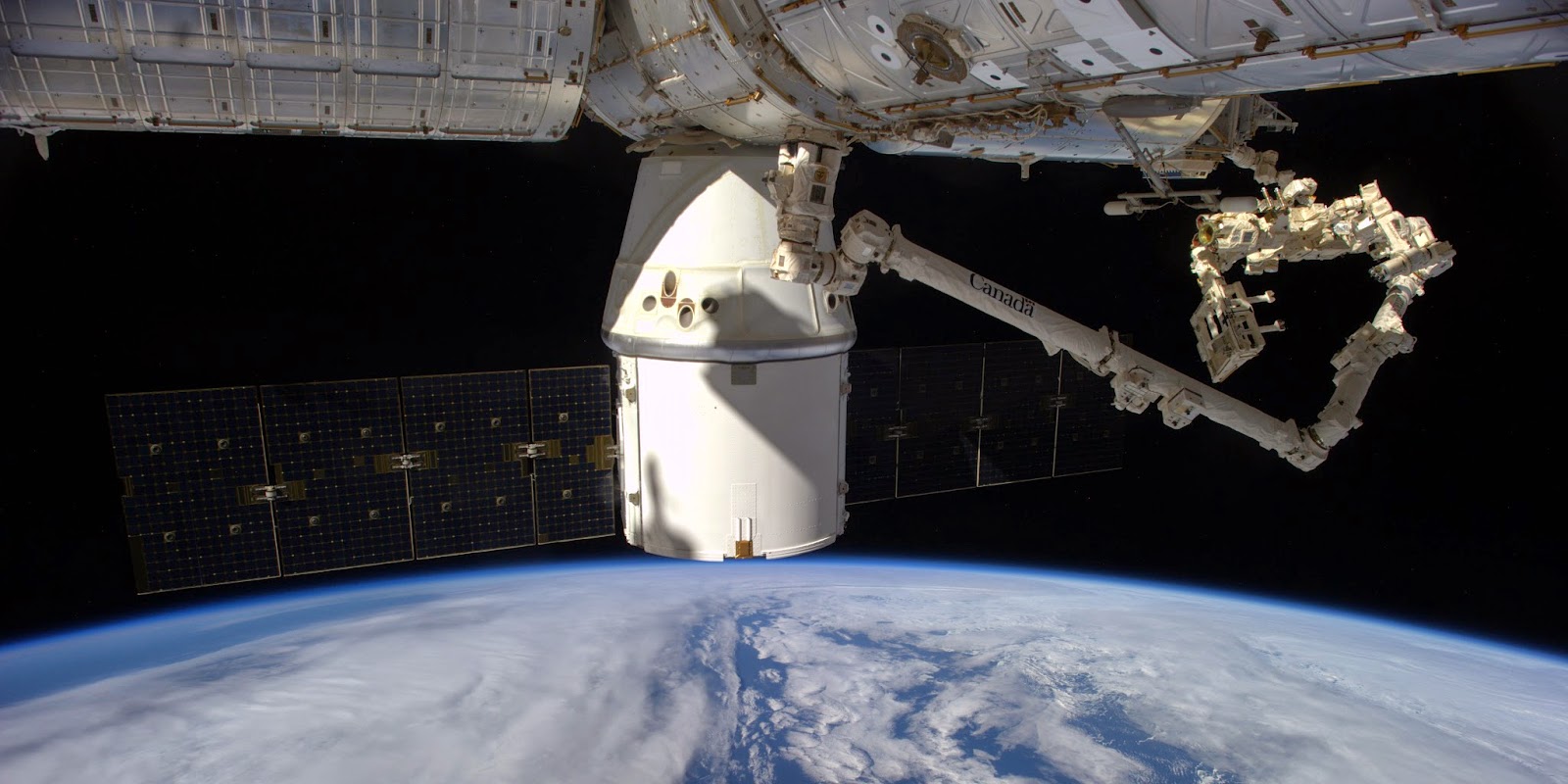 During the first Expedition 41 spacewalk slated to begin around 8:10 a.m. Tuesday, Wiseman and Gerst will exit out the Quest airlock for a six-and-a-half hour excursion to transfer a degraded pump module to its long-term home on the External Stowage Platform-2. The two spacewalkers also will install the Mobile Transporter Relay Assembly that provides backup power options to the Mobile Transporter railcar system, which moves the Mobile Servicing System’s Canadarm2 and Special Purpose Dexterous Manipulator to worksites along the station’s truss. 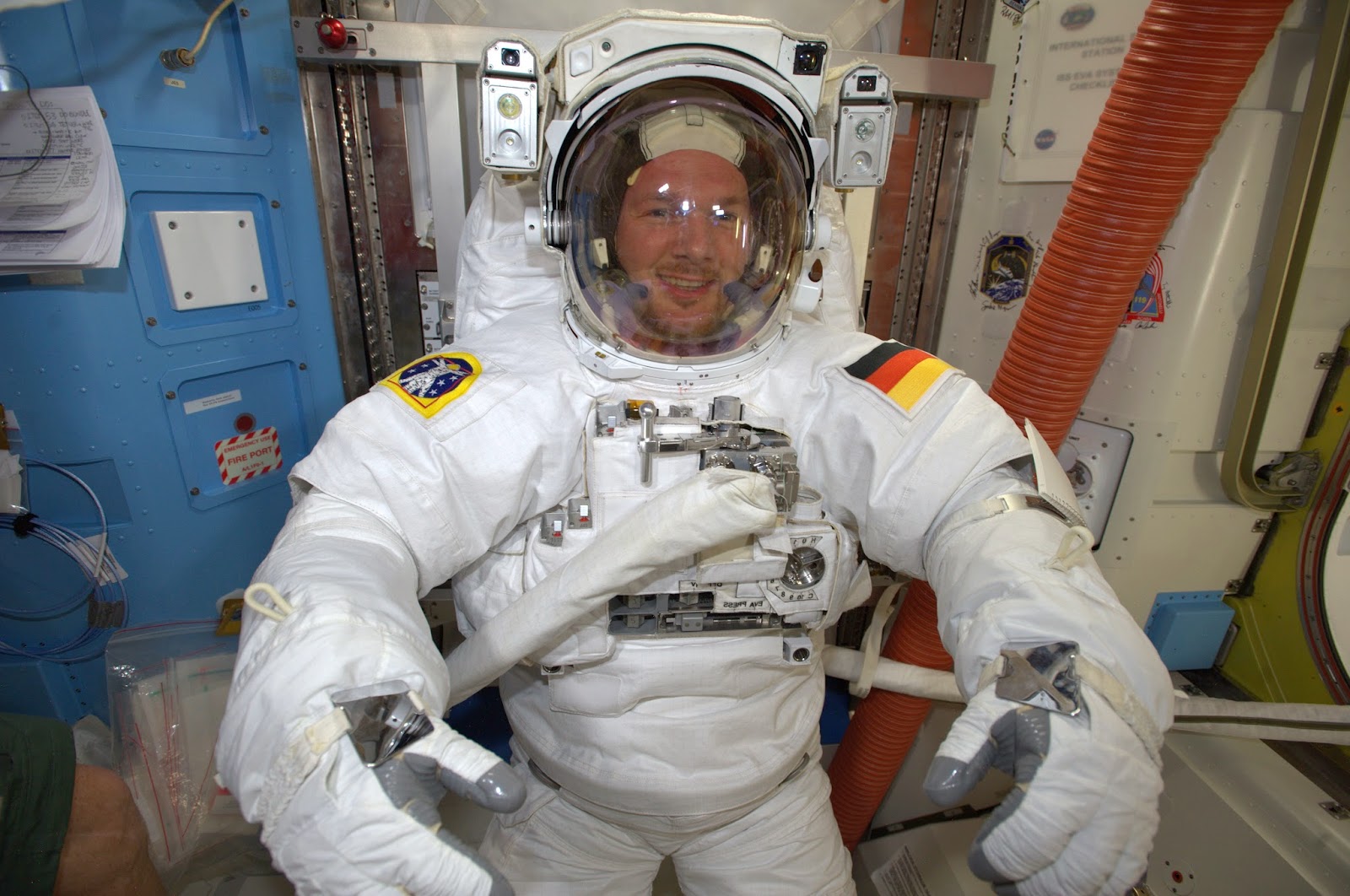 Image above: ESA astronaut Alexander Gerst testing his spacesuit on the International Space Station in preparation for 7 October 2014 when he will venture into open space with NASA astronaut Reid Wiseman on a seven-hour spacewalk. Image Credits: ESA/NASA.

Wilmore, who will be inside the cupola to provide robotic support for the first spacewalk, will join Wiseman on Oct. 15 for another excursion outside the station. Wiseman and Wilmore will venture out to the station’s starboard truss to replace a voltage regulator, known as a sequential shunt unit, which failed back in May.

On the Russian side of the complex, Commander Max Suraev performed routine maintenance on the life-support system in the Zvezda service module. He later stowed trash and unneeded items in the ISS Progress 56 cargo craft, which is set to undock from the Pirs docking compartment on Oct. 27 to make way for the next Russian space freighter – ISS Progress 57 – launching on Oct. 29.

Flight Engineer Alexander Samokutyaev, who joined Suraev to replace a Payload Interface Monitoring Unit, also conducted a session with the Cardiovector health experiment, which takes a look at the adaptation of the heart to long-duration spaceflight.

Flight Engineer Elena Serova meanwhile manually mixed test samples within the bioreactor of the Kaskad cell cultivation experiment. Later she photographed and deployed new samples for the Calcium experiment, which examines the causes of the loss of bone density that occurs in a weightless environment. For this study, Russian researchers are looking at the solubility of calcium phosphates and bone samples in water in space.

Over the weekend, the station’s astronauts and cosmonauts will take care of weekly housekeeping chores as they wipe down surfaces and vacuum dust. They also will continue their daily 2.5-hour workouts to stay fit and to prevent the loss of muscle mass and bone density that occurs in microgravity.

The station's crew conducted scientific experiments Friday, closing out a busy week focused on gearing up for a series of spacewalks.