Astronauts Reid Wiseman of NASA and Alexander Gerst of the European Space Agency completed the first of three Expedition 41 spacewalks at 2:43 p.m. EDT Tuesday. The spacewalkers worked outside the Quest airlock of the International Space Station for 6 hours and 13 minutes.

Flight Engineer Barry Wilmore NASA operated the Canadian robotic arm, maneuvered Gerst during the course of the spacewalk and served as the spacewalk coordinator.

The first task for Wiseman and Gerst was relocating a failed cooling pump to External Stowage Platform-2 (ESP-2) just outside the Quest airlock.  It was temporarily stowed on the station’s truss by Expedition 38 spacewalkers Mike Hopkins and Rick Mastracchio on Dec. 21 after they replaced the failed pump with a spare. 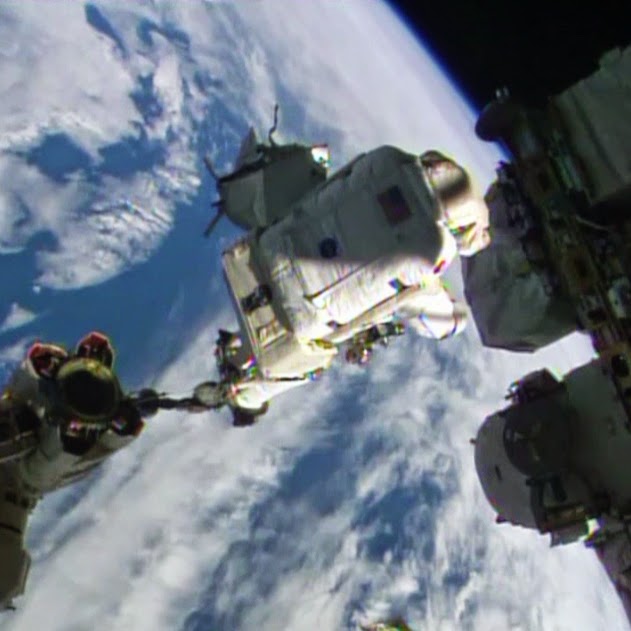 Gerst went on to replace a light on an External Television Camera Group (ETVCG) outside Destiny.

The Mobile Transporter can move supplies, gear and the Canadarm2 on rails along the Integrated Truss Structure, the station’s backbone. The Mobile Servicing System, which includes the transporter and Canadarm2, plays a key role in station maintenance tasks. 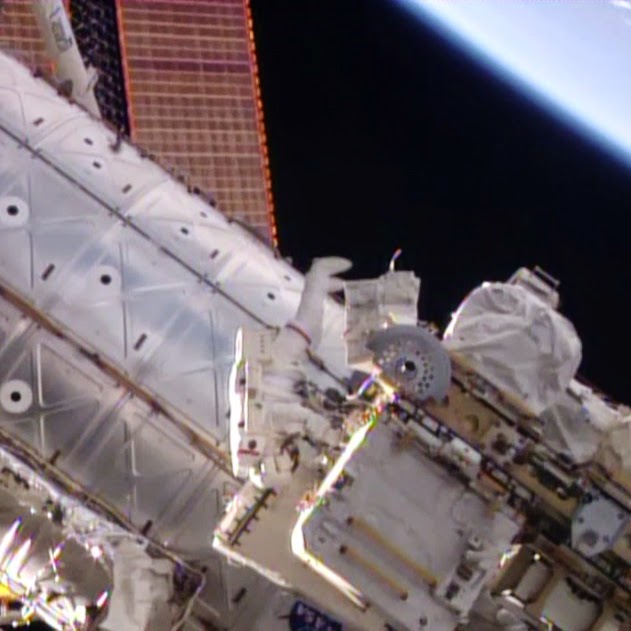 A second U.S. spacewalk is set for Oct. 15. Wilmore will don a U.S. spacesuit and follow Wiseman outside the Quest airlock for a 6-1/2 hour excursion. Gerst will serve as the spacewalk choreographer. The goal of the excursion is to replace a failed voltage regulator component on the starboard truss of the station called a Sequential Shunt Unit that stopped operating in May, taking down one of eight power channels on the station’s electrical system. They will also move external camera equipment in advance of a major reconfiguration of station modules next year for the arrival of new docking adapters for commercial crew vehicles. 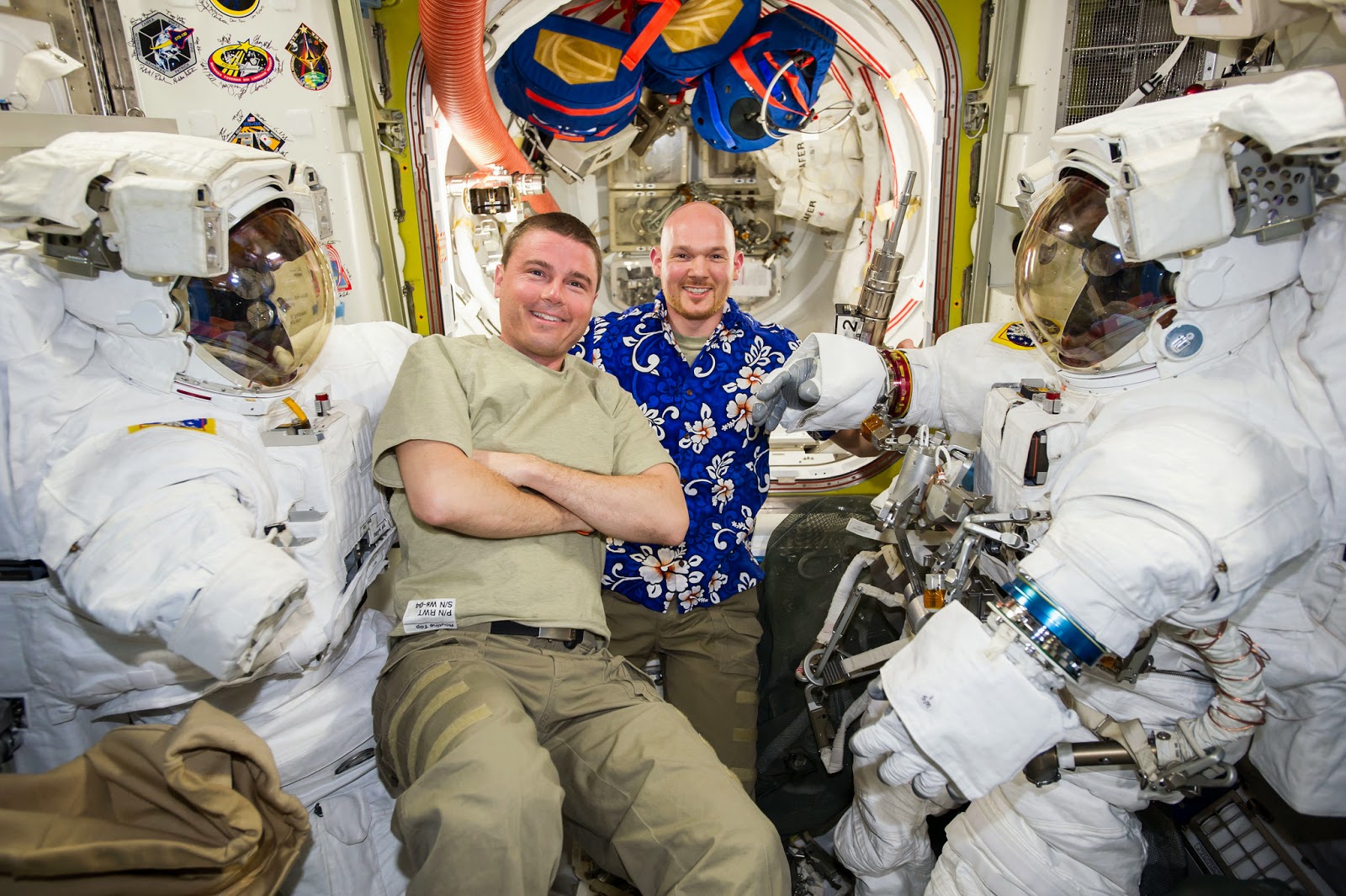 Image above: Reid Wiseman and Alexander Gerst work with two spacesuits in the Quest airlock of the International Space Station while preparing for two spacewalks. Image Credit: NASA TV.

The first Russian spacewalk of Expedition 41 is scheduled for Oct. 22. Cosmonauts Alexander Samokutyaev and Max Suraev will wear Russian Orlan spacesuits and exit the Pirs docking compartment at 9:24 a.m. They will remove and jettison an experiment and a pair of antennas as part of their spacewalking schedule.