ESA’s fifth Galileo navigation satellite, one of two left in the wrong orbit this summer, will make a series of manoeuvres this month as a prelude to its health being confirmed.

The aim is to raise the lowest point of its orbit – its perigee – to reduce the radiation exposure from the Van Allen radiation belts surrounding Earth, as well as to put it into a more useful orbit for navigation purposes. 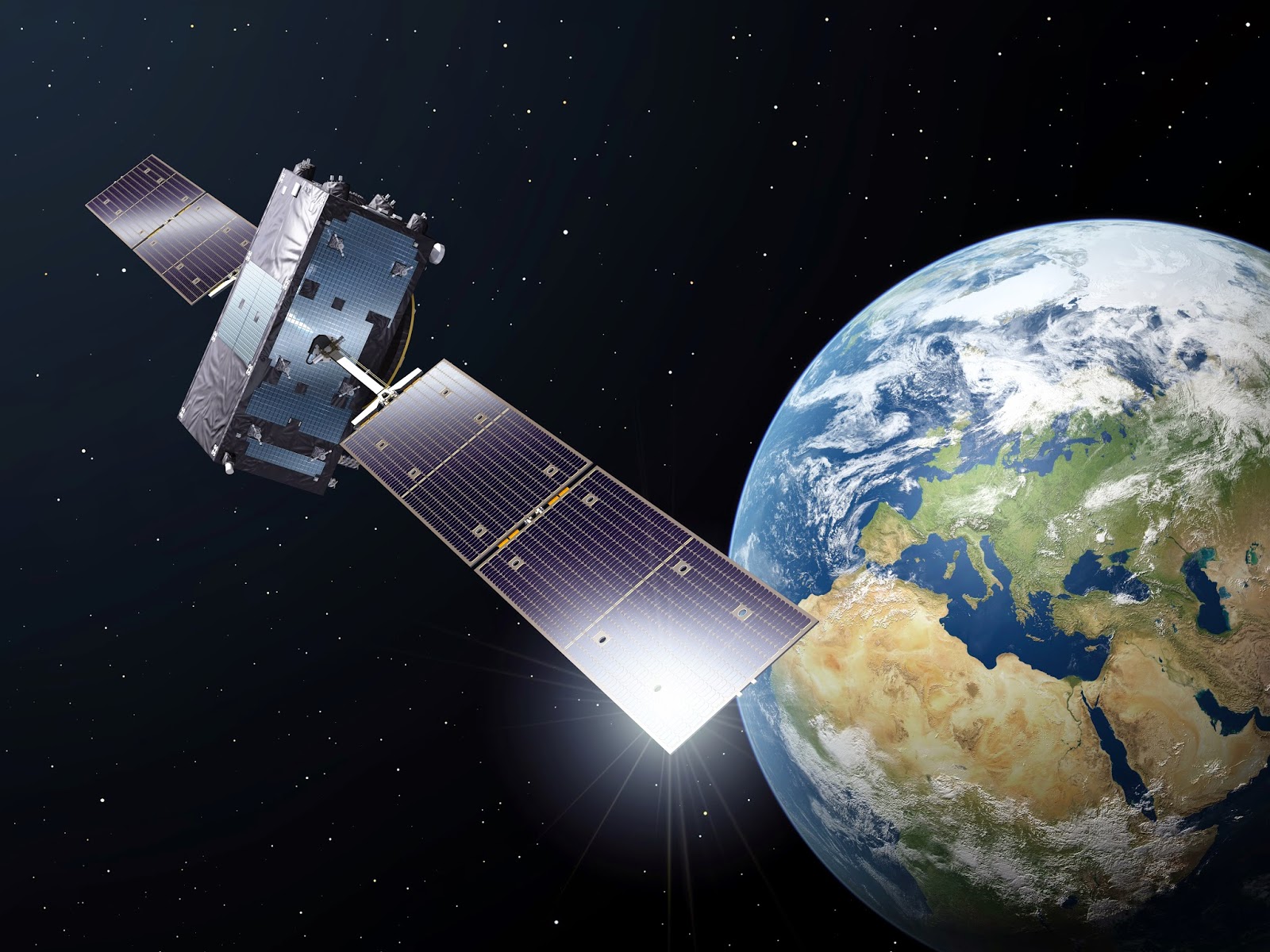 Should the two-week operation prove successful then the sixth Galileo satellite will follow the same route.

The Galileo pair, launched together on a Soyuz rocket on 22 August, ended up in an elongated orbit travelling out to 25 900 km above Earth and back down to 13 713 km.

The target orbit was a purely circular one at an altitude of 23 222 km. In addition, the orbits are angled relative to the equator less than originally planned.

The two satellites have only enough fuel to lift their altitude by about 4000 km – insufficient to correct their orbits entirely.

But the move will take the fifth satellite into a more circular orbit than before, with a higher perigee of 17 339 km. 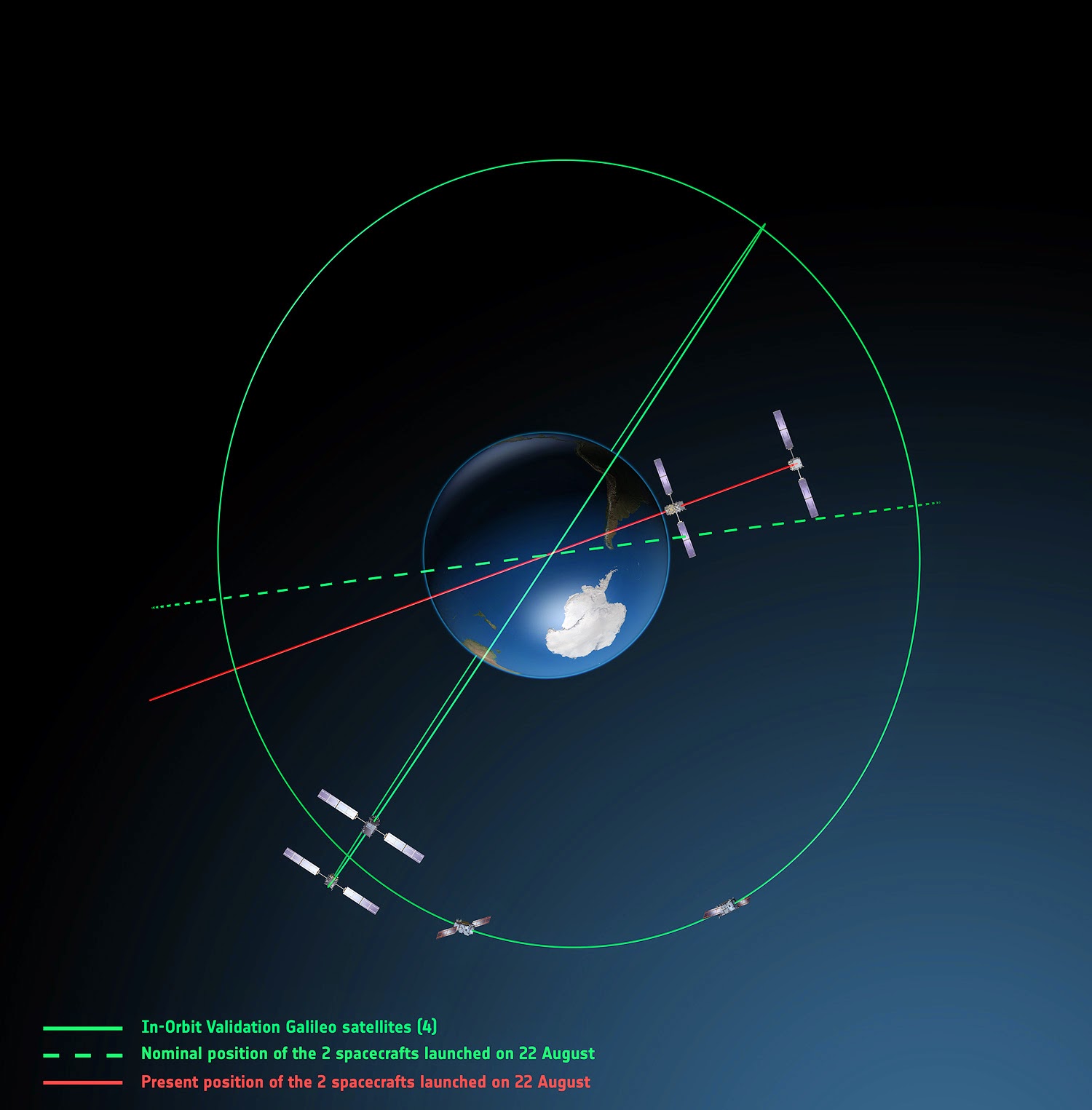 Galileo orbits viewed from above

“The standard Galileo repeat pattern is every 10 days, so achieving this will synchronise the ground track with the rest of the Galileo satellites.

“In addition, from a user receiver point of view, the revised orbit will reduce the variation in signal levels, reduce the Doppler shift of the signal, and increase the satellite’s visibility.

“For the satellite, reducing its radiation exposure in the Van Allen radiation belts will protect it from further exposure to charged particles.

“The orbit will also allow Galileo’s Earth Sensor to hold a stable direction for the satellite’s main antenna to point at Earth.

“Right now, when the satellite dips to its lowest point, Earth appears so large that the sensor is unusable. The satellite relies on gyroscopes alone, degrading its attitude precision.” 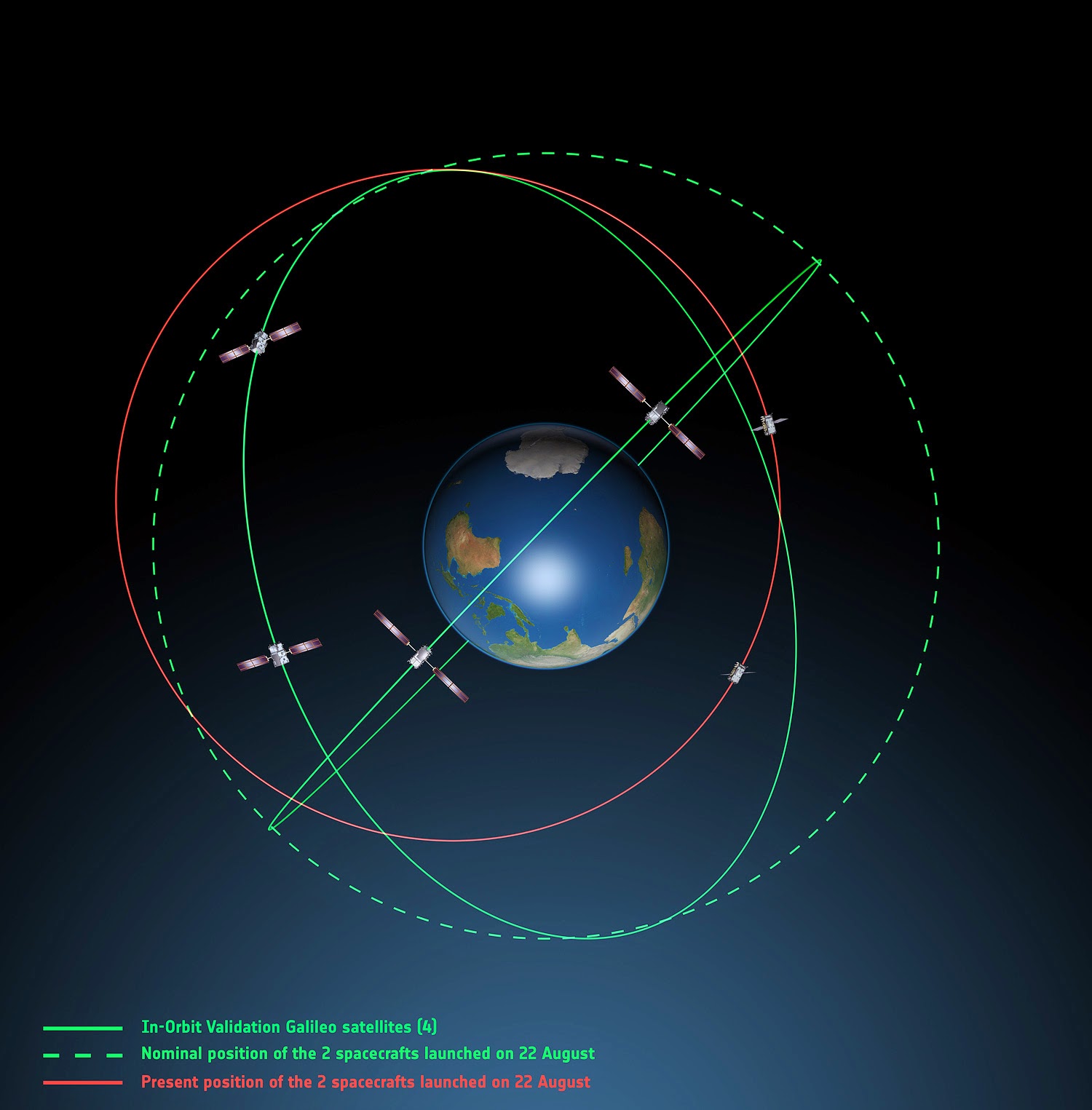 The recovery is being overseen from the Galileo Control Centre in Oberpfaffenhofen, Germany, with the assistance of ESA’s Space Operations Centre, ESOC, in Darmstadt, Germany.

France’s CNES space agency is providing additional ground stations so that contact can be maintained with the satellite as needed.

The two satellites were previously Sun-pointing. “On 3 November that changed for the fifth satellite, as it transitioned to normal Earth-pointing mode,” adds Daniel.

During November, some 15 manoeuvres will take the satellite into its new orbit. Once there, it can formally begin in-orbit testing. The host satellite’s health is checked first, followed by more detailed navigation payload testing.

Galileo on the ground: http://www.esa.int/Our_Activities/Navigation/The_future_-_Galileo/Galileo_on_the_ground