A successful launch of the rocket Soyuz-2.1b carrying Resource-P2 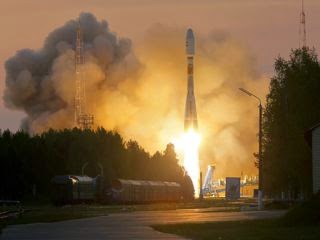 December 26, 2014 at 21 hours 55 minutes Moscow time from launch pad 31 is made to start the Baikonur Cosmodrome space rocket Soyuz-2.1b with promising Russian spacecraft remote sensing of the Earth Resource-P2.

The launch vehicle and spacecraft removing the calculated orbit passed in a regular mode. Spacecraft adopted by management.

Carrier rocket Soyuz-2.1b was created in FSUE "GNPRKTs" Samara Space Center "(Samara) and is a modification of Soyuz-2". Compared with the option "1a" it has an engine with high power characteristics at the 3rd stage. The Soyuz-2.1b in relation to the previous version more accurate clearance, stability and control, increased payload mass. 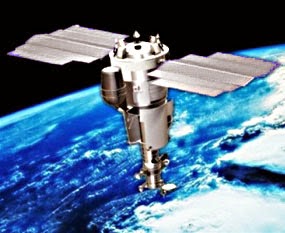 October 1, 2013 on the basis of the results obtained during the flight tests, it was decided according spacecraft Resurs-P with the SC Resource-P1 requirements of tactical and technical tasks and the possibility of transferring it to the nominal operation.

Currently, satellite imagery obtained from the SC Resource-P1, are used to provide a wide range of economic, social and scientific problems in the interests of ministries and agencies, federal and regional authorities of Russia.

As part of the Russian Federal Space Program for the fourth quarter 2015 is scheduled to launch satellites Resource-P3.