A complex network of isolated hills, ridges and small basins spanning 1400 km on Mars is thought to hide large quantities of water-ice.

Phlegra Montes stretches from the Elysium volcanic region at about 30ºN and deep into the northern lowlands at about 50°N, and is a product of ancient tectonic forces. Its age is estimated to be 3.65–3.91 billion years.

ESA’s Mars Express imaged the portion of Phlegra Montes seen here on 8 October 2014. It captures the southernmost tip of the range centred on 31ºN / 160ºE. 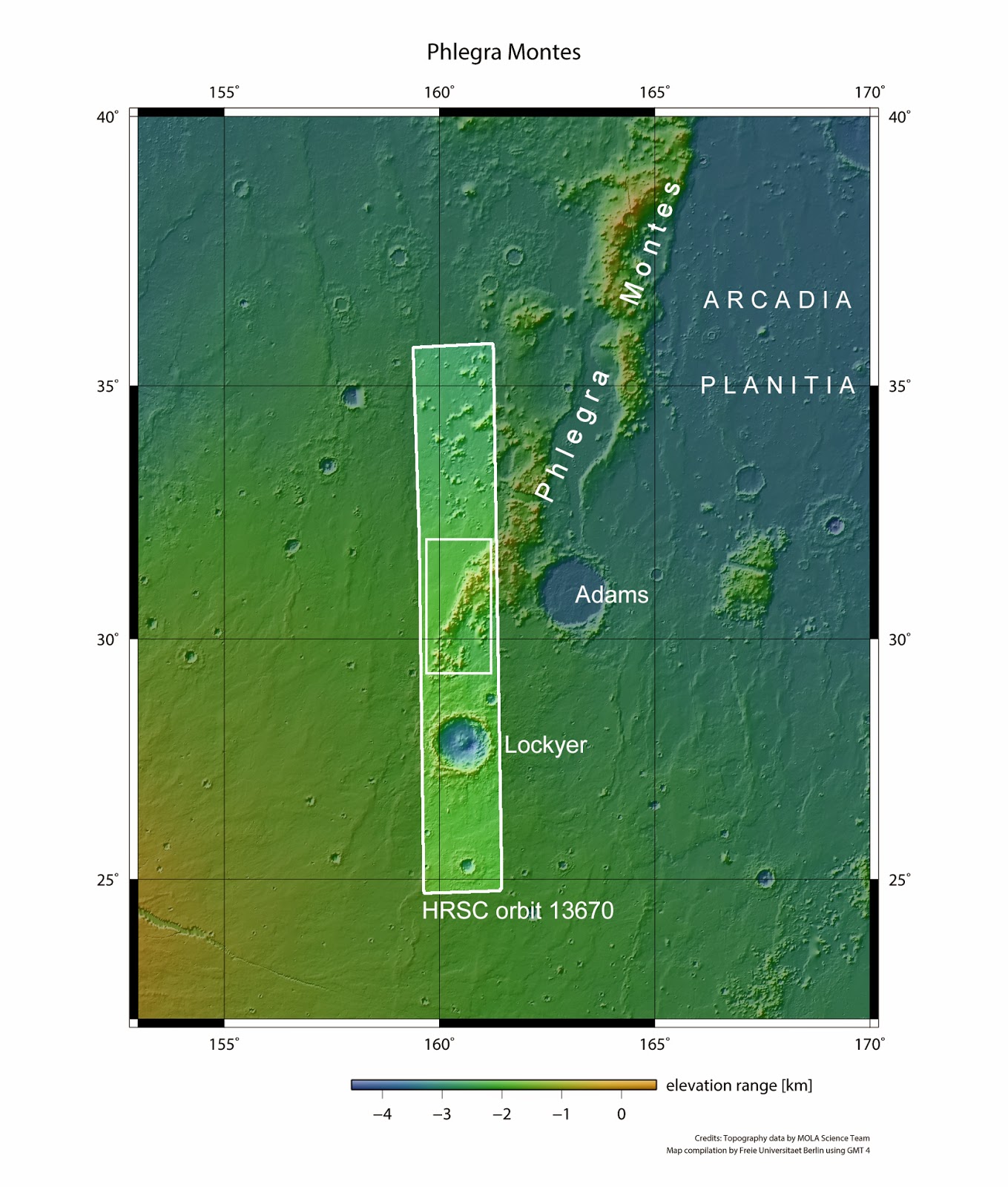 Based on radar data from NASA’s Mars Reconnaissance Orbiter combined with studies of the region’s geology from other orbiters, scientists believe that extensive glaciers covered this region several hundred million years ago.

And it is thought that ice is still there today, perhaps only 20 m below the surface.

The tilt of the planet’s polar axis is believed to have varied considerably over time, leading to significantly changing climatic conditions. This allowed the development of glaciers at what are today the mid-latitudes of Mars.

Features visible in the Phlegra Montes mountain range providing strong evidence for glacial activity include aprons of rocky debris surrounding many of the hills. Similar features are seen in glacial regions on Earth, where material has gradually slumped downhill through the presence of subsurface ice.

Additional features in the region include small valleys cutting through the hills and appearing to flow into regions of lower elevation, in particular towards the centre of the image. 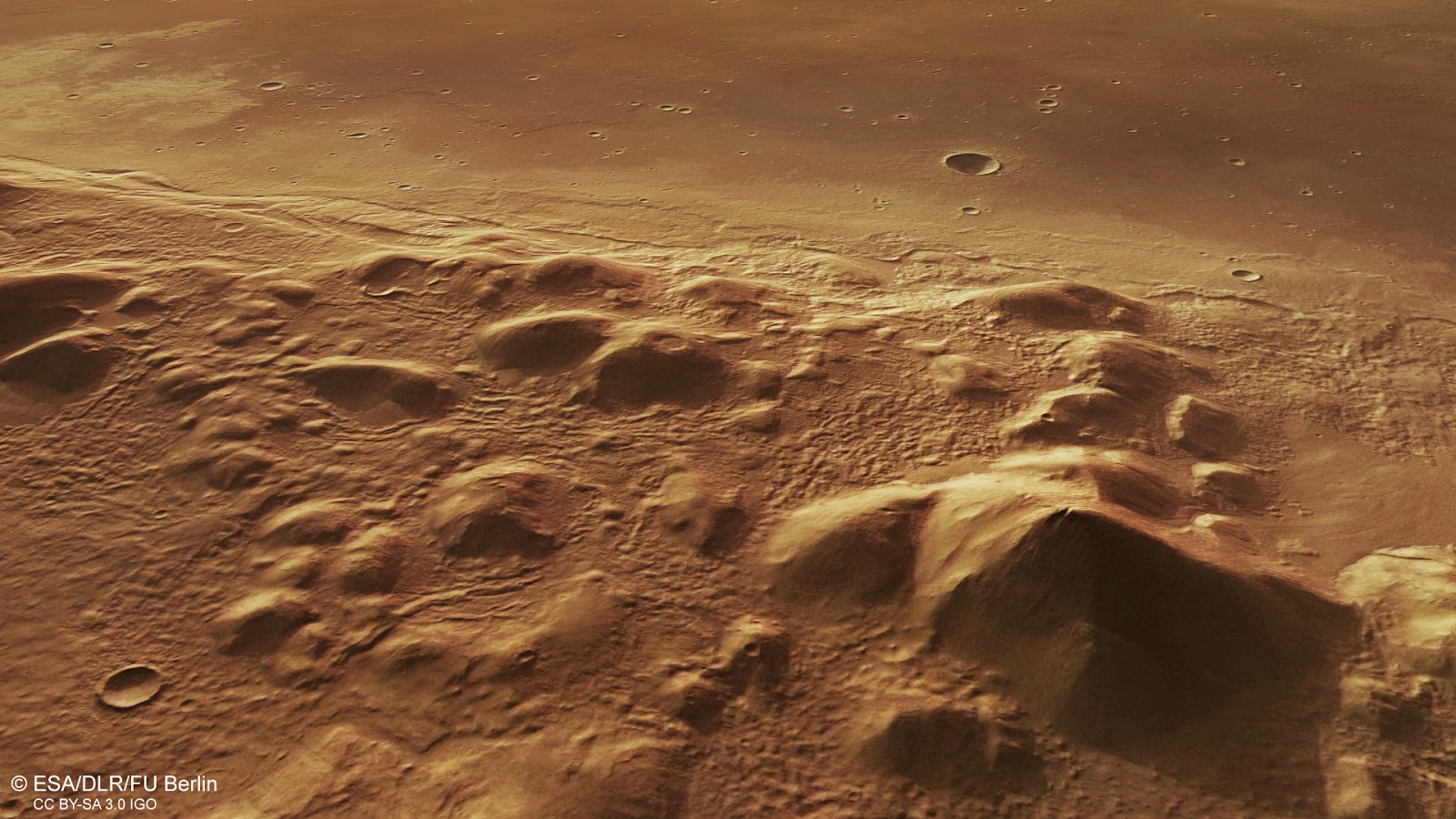 The hummocky terrain provides a distinct contrast to the smooth plains that dominate the upper portion of this image. The material here is thought to be volcanic in origin, perhaps originating from the Hecates Tholus volcano in Elysium some 450 km to the west, some time after the formation of Phlegra Montes.

Upon closer inspection, ‘wrinkle ridges’ can be seen in the lava plain. These features arise from the cooling and contraction of lava owing to compressive tectonic forces following its eruption onto the surface.

This region of Phlegra Montes and its local surrounds illustrate some of the key geological processes that have worked to shape the Red Planet over time, from ancient tectonic forces, to glaciation and volcanic activity.