The Japan Aerospace Exploration Agency has decided the schedule for the Venus Climate Orbiter “AKATSUKI” to be injected into the Venus orbit in the winter of 2015, as well as its observation plan.

After failing to be inserted into the Venus orbit in December 2010, JAXA has been carefully studying another attempt opportunity for the injection when the orbiter meets Venus in the winter of 2015. 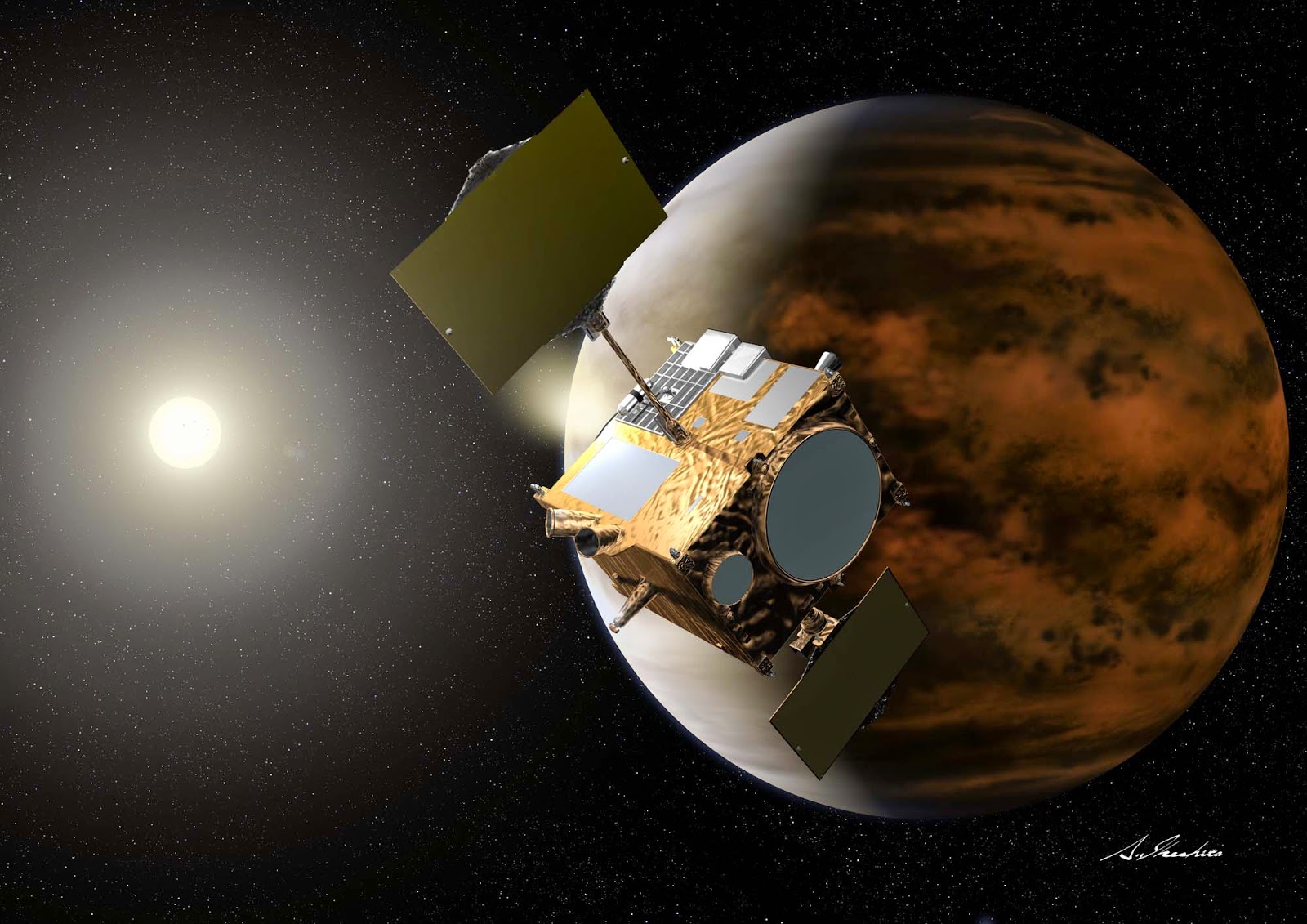 After being injected into the orbit, the AKATSUKI will observe the atmosphere of Venus, which is often referred to as a twin sister of the Earth, through remote sensing. Its observations are expected to develop “Planetary Meteorology” further by elucidating the atmospheric circulation mechanism and studying the comparison with the Earth.

The observation plan of the AKATSUKI is to measures the following with a multiple number of wave lengths from an elliptical orbit around Venus whose period is eight to nine days.

- When flying further away from Venus, or about 10 times the radius of Venus from the planet, the AKATSUKI will continuously observe Venus as a whole to understand its clouds, deep atmosphere, and surface conditions.

- When flying closer to Venus, or less than 10 times the radius of Venus, the orbiter will conduct close-up observations to clarify cloud convection, the distribution of minute undulatory motions and their changes.

- When the AKATSUKI comes closest to Venus, it will observe the layer structure of clouds and the atmosphere from a lateral direction.

- When the orbiter is in the shade of the sun, it will monitor lightning and airglow (night glow.).

- The AKATSUKI will also observe to capture the atmospheric layer structure and its changes by emitting radio waves that penetrates the atmosphere of Venus and receiving them on the ground.