CERN - In pictures: X-rays probe LHC for cause of short circuit 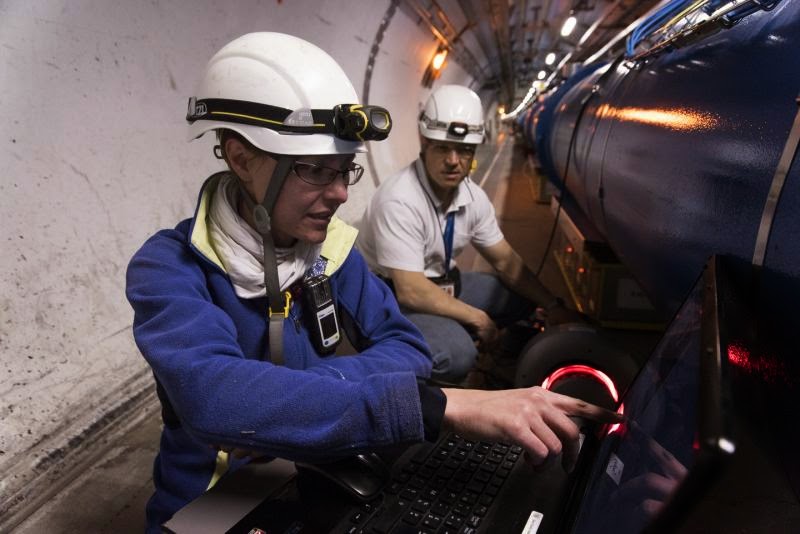 Early last Saturday morning, while full-scale tests of all systems were ongoing in preparation for beam injection, an earth fault developed in the main dipole circuit of sector 3-4 of the Large Hadron Collider (LHC). All the protection systems worked properly and there was no harm done. The fault developed at relatively low current and was initially intermittent in nature. 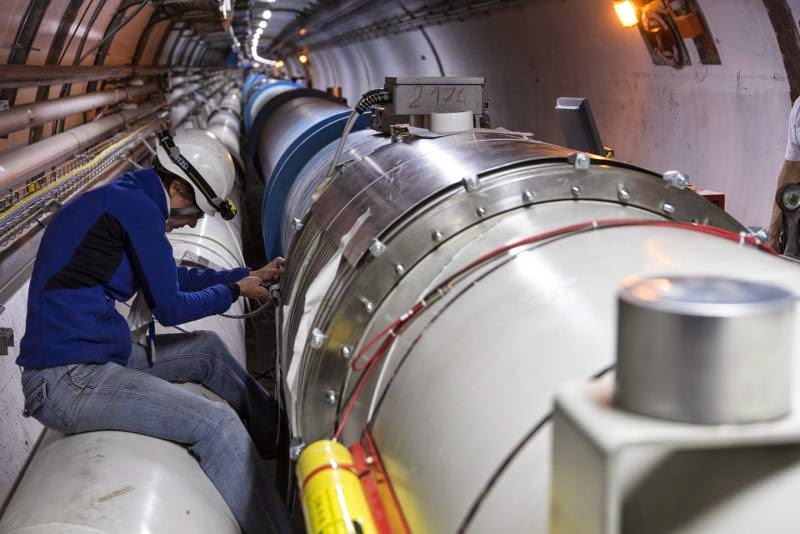 Image above: Engineer Aline Piguiet carefully aligns equipment to take an X-ray of the shorted superconducting magnet in sector 3-4 of the LHC tunnel (Image: Maximilien Brice/CERN).

Measurements by system experts have located the fault to within 10 cm by injecting current locally and using the standard cold mass instrumentation, which includes voltage and current taps. Each dipole of the LHC has a diode stack situated in a box under the magnet. The diode provides a path for current in the event of a quench. The fault is located in the vertical tube that leads from the magnet enclosure to the diode box. The most probable scenario is that a small piece of metal has found its way into this tube and is making contact between the tube (earth) and one of the cables that leads to the diode. 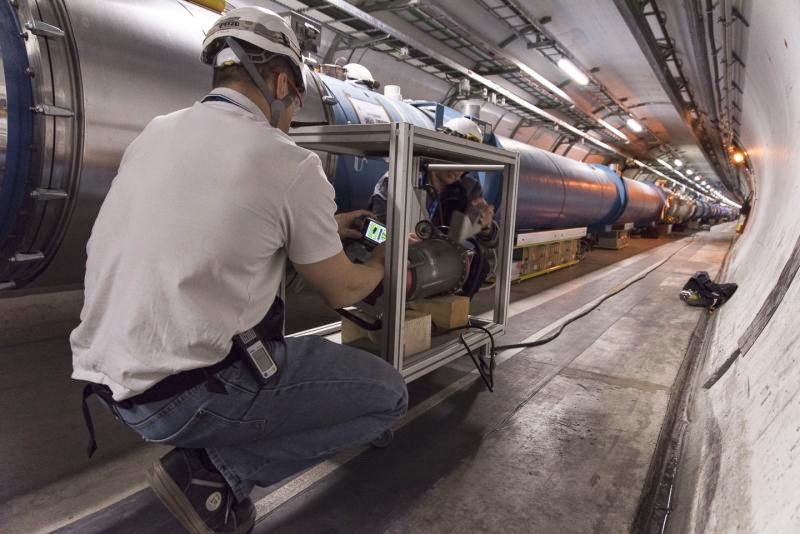 Image above: Engineer Markus Albert checks the angle of alignment of the X-ray equipment with the shorted superconducting magnet in sector 3-4 of the LHC tunnel (Image: Maximilien Brice/CERN).

To further understand the cause of the short circuit, engineers X-rayed the affected dipole last night. Though some fragments of metal can be seen on the X-ray, the results are, as yet, inconclusive. 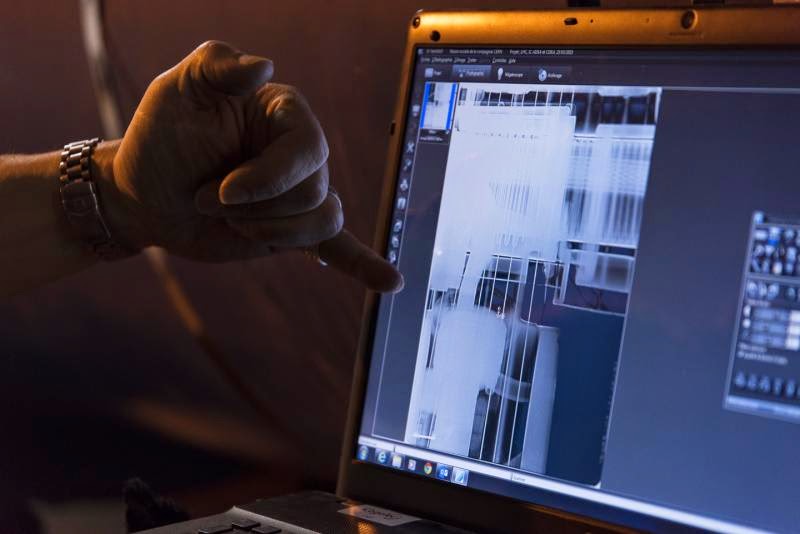 Image above: X-rays of the area containing the fault are as yet inconclusive (Image: Maximilien Brice/CERN).

The operations team is now exploring three main options to fix the short: inject a controlled pulse of current to try to melt the offending object; try to dislodge the object by altering the flow of helium in that region; partially warm up the sector and open the magnet interconnect concerned. Though the third option would allow direct access to the diode box, the warm-up, intervention, and subsequent cool-down would take around 6 weeks.

A careful evaluation of each option is ongoing.

See this article for a more technical account of the issue: http://home.web.cern.ch/scientists/updates/2015/03/lhc-report-x-rays-probe-cause-short-circuit