Hayabusa2 Moving to Cruising Phase while heading to Asteroid 1999 JU3

The Asteroid Explorer "Hayabusa2" completed its initial functional confirmation period on March 2, 2015, as all scheduled checkout and evaluation of acquired data were completed. The explorer has been under inspection for about three months after its launch on Dec. 3, 2014. 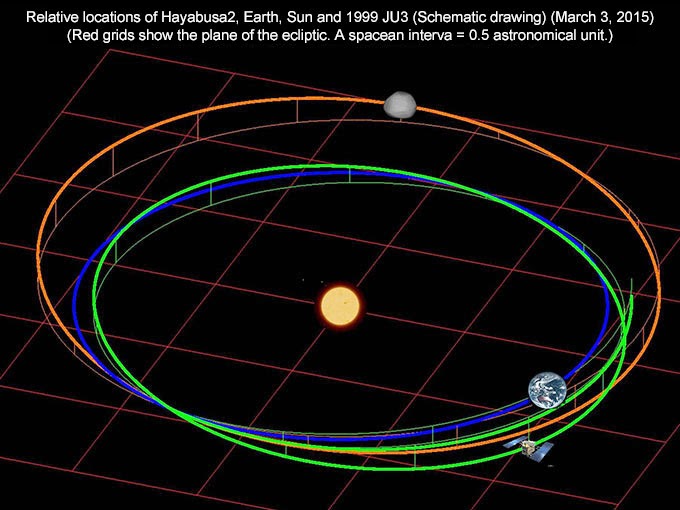 The Hayabusa2 is moving to the cruising phase while heading to the asteroid "1999 JU3" on March 3. It will be under preparatory operation for an Earth swing-by scheduled in Nov. or Dec., 2015.

We plan to increase the cruising speed of the explorer (60 m/sec.) by operating two ion engines twice (in total about 600 hours or 25 days) until the Earth swing-by. For the first operation, we will gradually increase the time duration of continuous ion-engine operation from March 3, and will operate the engines for about 400 hours within March. The second operation is scheduled in early June. 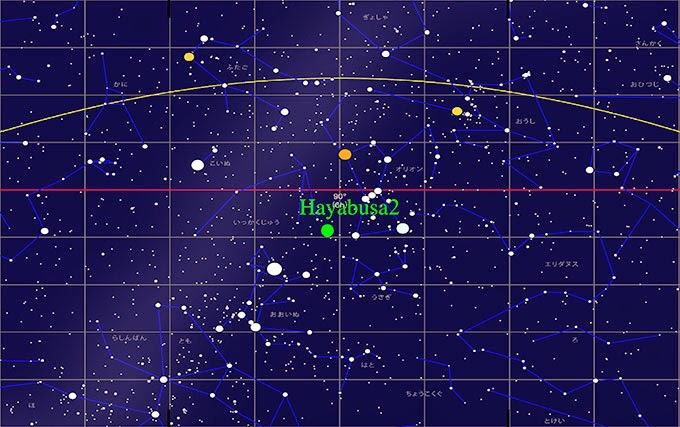 Hayabusa2 direction viewed from the Earth

The Hayabusa2 is in good health.

We would like to express our profound appreciation to all pertinent parties who have supported and cooperated with our initial functional confirmation operation. Your further and continued support will be highly appreciated for this long-term space exploration mission of the Hayabusa2. 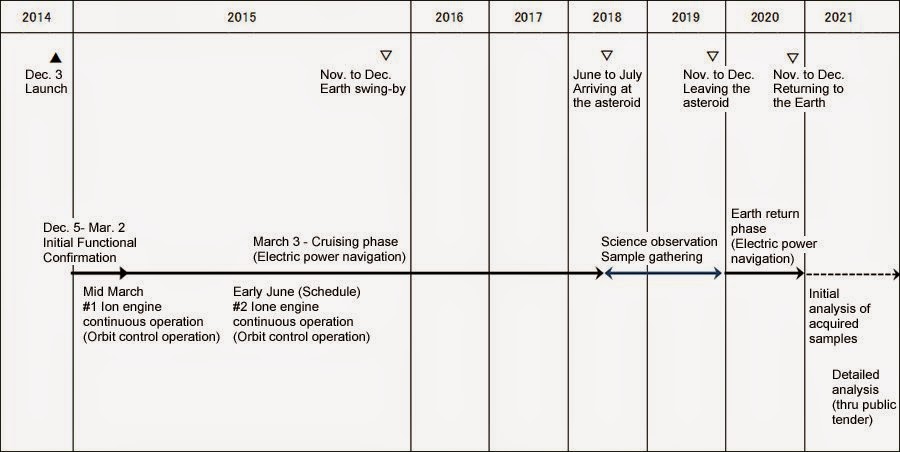 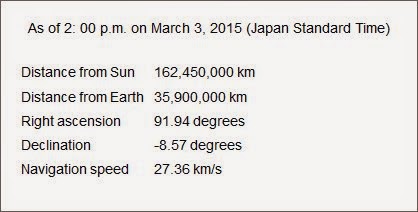