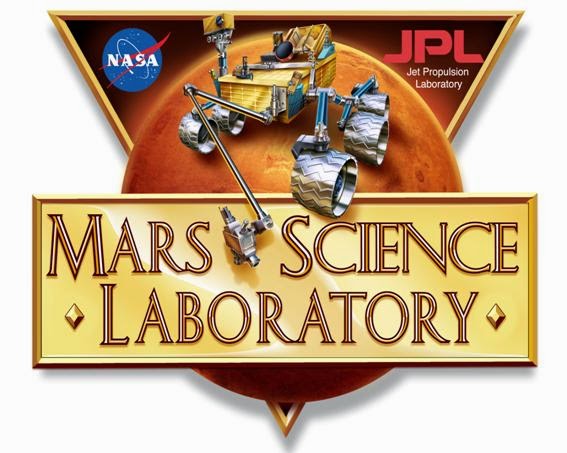 NASA's Curiosity Mars rover is expected to remain stationary for several days of engineering analysis following an onboard fault-protection action on Feb. 27 that halted a process of transferring sample material between devices on the rover's robotic arm.

Telemetry received from the rover indicated that a transient short circuit occurred and the vehicle followed its programmed response, stopping the arm activity underway at the time of the irregularity in the electric current.

"We are running tests on the vehicle in its present configuration before we move the arm or drive," said Curiosity Project Manager Jim Erickson, of NASA's Jet Propulsion Laboratory in Pasadena, California. "This gives us the best opportunity to determine where the short is."

A transient short in some systems on the rover would have little effect on rover operations. In others, it could prompt the rover team to restrict use of a mechanism. 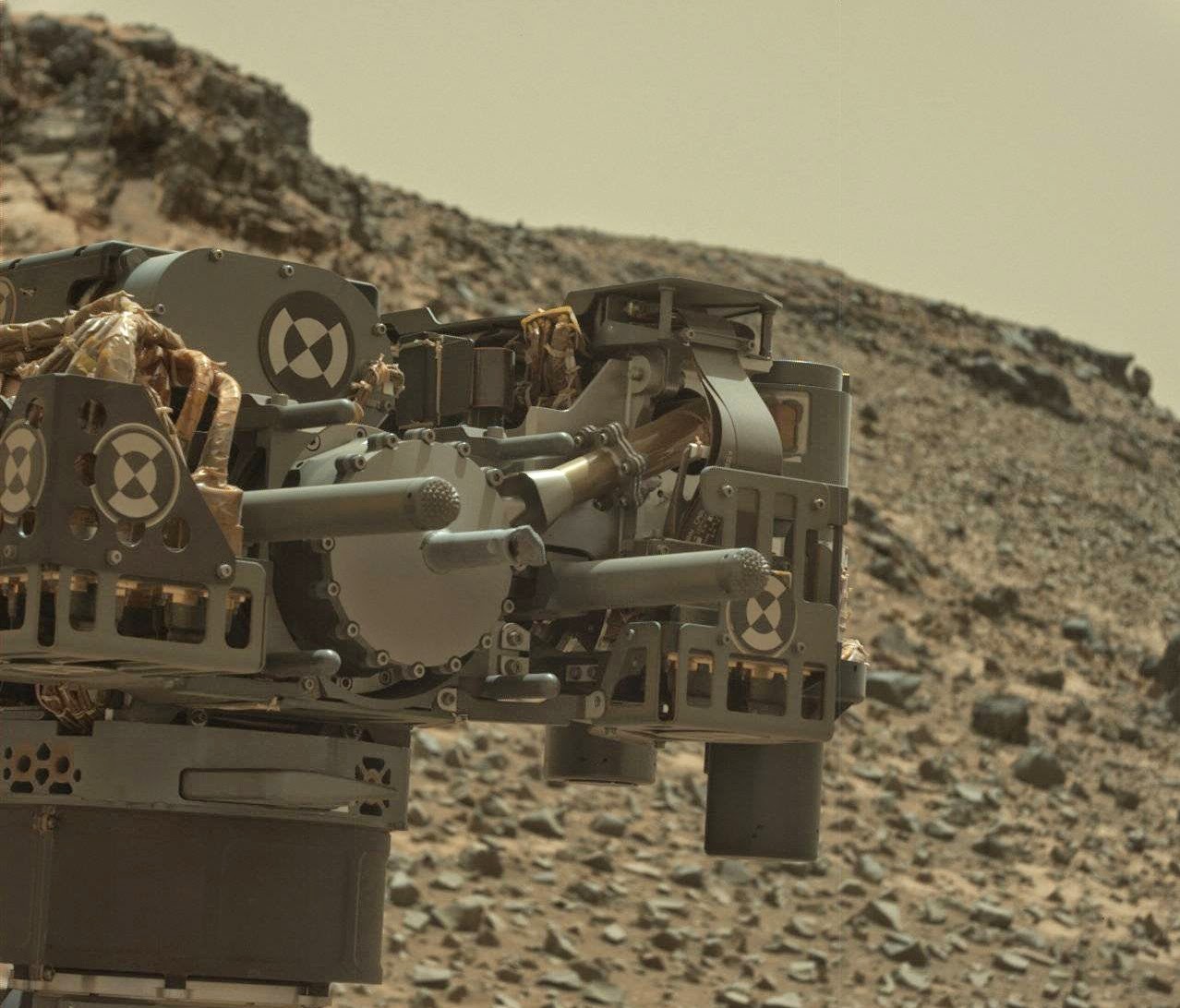 Image above: his raw-color view from Curiosity's Mastcam shows the rover's drill just after finishing a drilling operation at "Telegraph Peak" on Feb. 24, 2015. Image Credit: NASA/JPL-Caltech/MSSS.

When the fault occurred, the rover was conducting an early step in the transfer of rock powder collected by the drill on the arm to laboratory instruments inside the rover. With the drill bit pointed up and the drill's percussion mechanism turned on, the rock powder was descending from collection grooves in the bit assembly into a chamber in the mechanism that sieves and portions the sample powder. The sample powder is from a rock target called "Telegraph Peak."  The same transfer process was completed smoothly with samples from five previous drilling targets in 2013 and 2014.

NASA's Mars Science Laboratory Project is using Curiosity to assess ancient habitable environments and major changes in Martian environmental conditions.  JPL, a division of the California Institute of Technology in Pasadena, built the rover and manages the project for NASA's Science Mission Directorate in Washington.  For more information about Curiosity, visit: http://www.nasa.gov/msl and http://mars.jpl.nasa.gov/msl/