NASA and the U.S. Geological Survey (USGS) have started work on Landsat 9, planned to launch in 2023, which will extend the Earth-observing program’s record of land images to half a century.

The Landsat program has provided accurate measurements of Earth’s land cover since 1972. With data from Landsat satellites, ecologists have tracked deforestation in South America, water managers have monitored irrigation of farmland in the American West, and researchers have watched the growth of cities worldwide. With the help of the program’s open archive, firefighters have assessed the severity of wildfires and scientists have mapped the retreat of mountain glaciers. 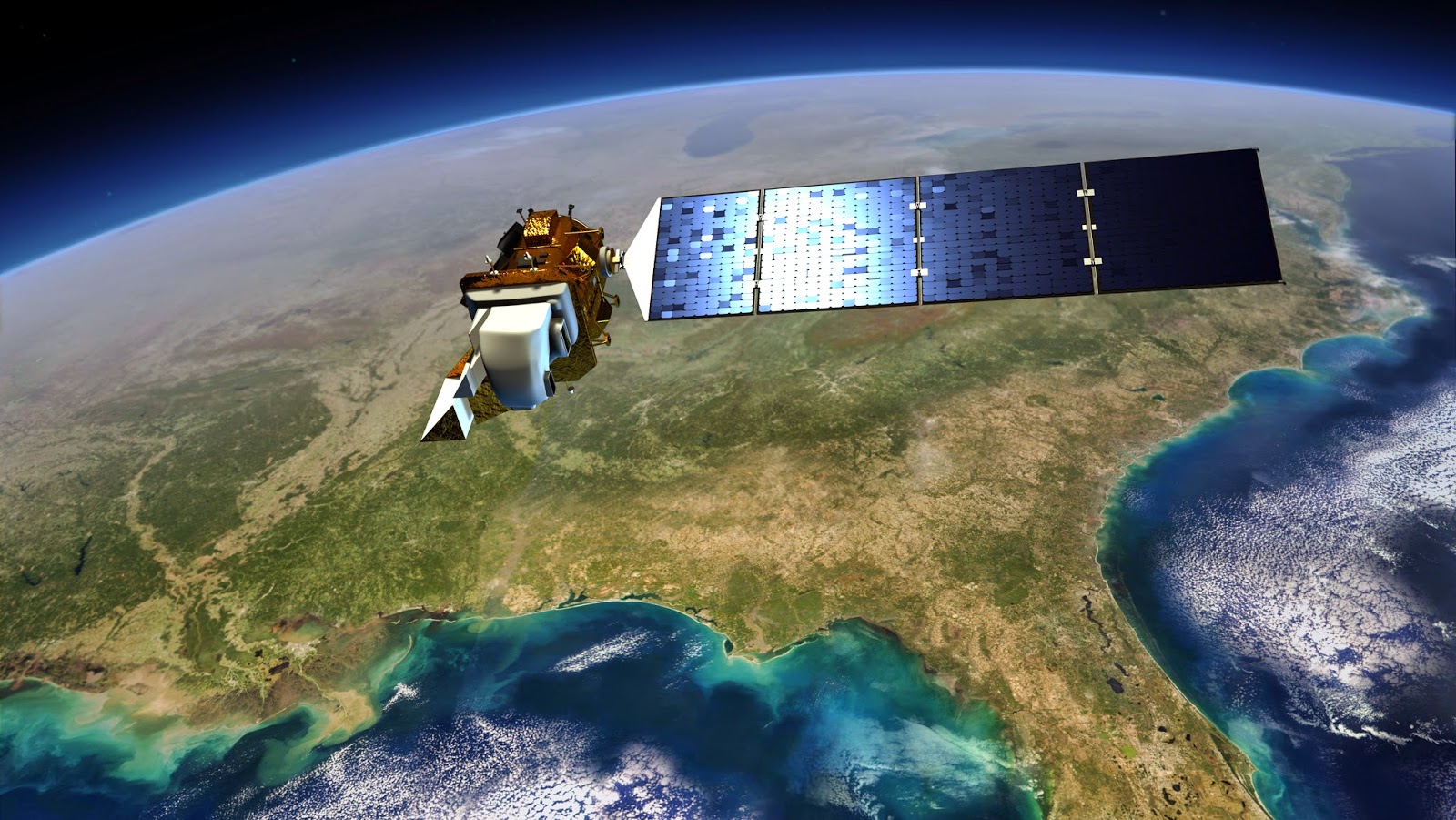 Image above: NASA and the U.S. Geological Survey have started work on Landsat 9, an upgraded rebuild of the Landsat 8 spacecraft launched in 2013, to extend the Landsat program’s decades-long observations of Earth’s land cover. Image Credit: NASA.

The President’s fiscal year 2016 budget calls for initiation of a Landsat 9 spacecraft as an upgraded rebuild of Landsat 8, as well as development of a low-cost thermal infrared (TIR) free-flying satellite for launch in 2019 to reduce the risk of a data gap in this important measurement. The TIR free flyer will ensure data continuity by flying in formation with Landsat 8. The budget also calls for the exploration of technology and systems innovations to provide more cost effective and advanced capabilities in future land-imaging missions beyond Landsat 9, such as finding ways to miniaturize instruments to be launched on smaller, less expensive satellites.

“Moving out on Landsat 9 is a high priority for NASA and USGS as part of a sustainable land imaging program that will serve the nation into the future as the current Landsat program has done for decades,” said John Grunsfeld, associate administrator for science at NASA Headquarters, Washington. “Continuing the critical observations made by the Landsat satellites is important now and their value will only grow in the future, given the long term environmental changes we are seeing on planet Earth.”

Because an important part of the land imaging program is to provide consistent long-term observations, this mission will largely replicate its predecessor Landsat 8. The mission will carry two instruments, one that captures views of the planet in visible, near infrared and shortwave-infrared light, and another that measures the thermal infrared radiation, or heat, of Earth’s surfaces. These instruments have sensors with moderate resolution and the ability to detect more variation in intensity than the first seven satellites in the Landsat program.

The Landsat 9 mission is a partnership between NASA and the USGS. NASA will build, launch, perform the initial check-out and commissioning of the satellite; USGS will operate Landsat 9 and process, archive, and freely distribute the mission’s data.

"Landsat is a remarkably successful partnership," said Sarah Ryker, USGS deputy associate director for climate and land use change, Reston, Virginia. "Last year the White House found that GPS, weather satellites, and Landsat are the three most critical types of Earth-orbiting assets for civil applications, because they're used by many economic sectors and fields of research. Having Landsat 9 in progress, and a long-term commitment to sustainable land imaging, is great for natural resource science and for data-driven industries such as precision agriculture and insurance."

NASA’s Goddard Space Flight Center in Greenbelt, Maryland, will lead development of the Landsat 9 flight segment. Goddard will also build the Thermal Infrared Sensor (TIRS), which will be similar to the TIRS that the center built for Landsat 8. The new improved TIRS will have a five-year design lifetime, compared to the three-year design lifetime of the sensor on Landsat 8.

"This is good news for Goddard, and it’s great news for the Landsat community to get the next mission going," said Del Jenstrom, the Landsat 9 project manager at NASA Goddard. "It will provide data consistent with, or better than, Landsat 8."

With decades of observations, scientists can tease out subtle changes in ecosystems, the effects of climate change on permafrost, changes in farming technologies, and many other activities that alter the landscape.

“With a launch in 2023, Landsat 9 would propel the program past 50 years of collecting global land cover data,” said Jeffrey Masek, Landsat 9 Project Scientist at Goddard. "That’s the hallmark of Landsat: the longer the satellites view the Earth, the more phenomena you can observe and understand. We see changing areas of irrigated agriculture worldwide, systemic conversion of forest to pasture – activities where either human pressures or natural environmental pressures are causing the shifts in land use over decades.”

"We have recognized for the first time that we’re not just going to do one more, then stop, but that Landsat is actually a long-term monitoring activity, like the weather satellites, that should go on in perpetuity," Masek said.

NASA uses the vantage point of space to increase our understanding of our home planet, improve lives, and safeguard our future. NASA develops new ways to observe and study Earth's interconnected natural systems with long-term data records. The agency freely shares this unique knowledge and works with institutions around the world to gain new insights into how our planet is changing.