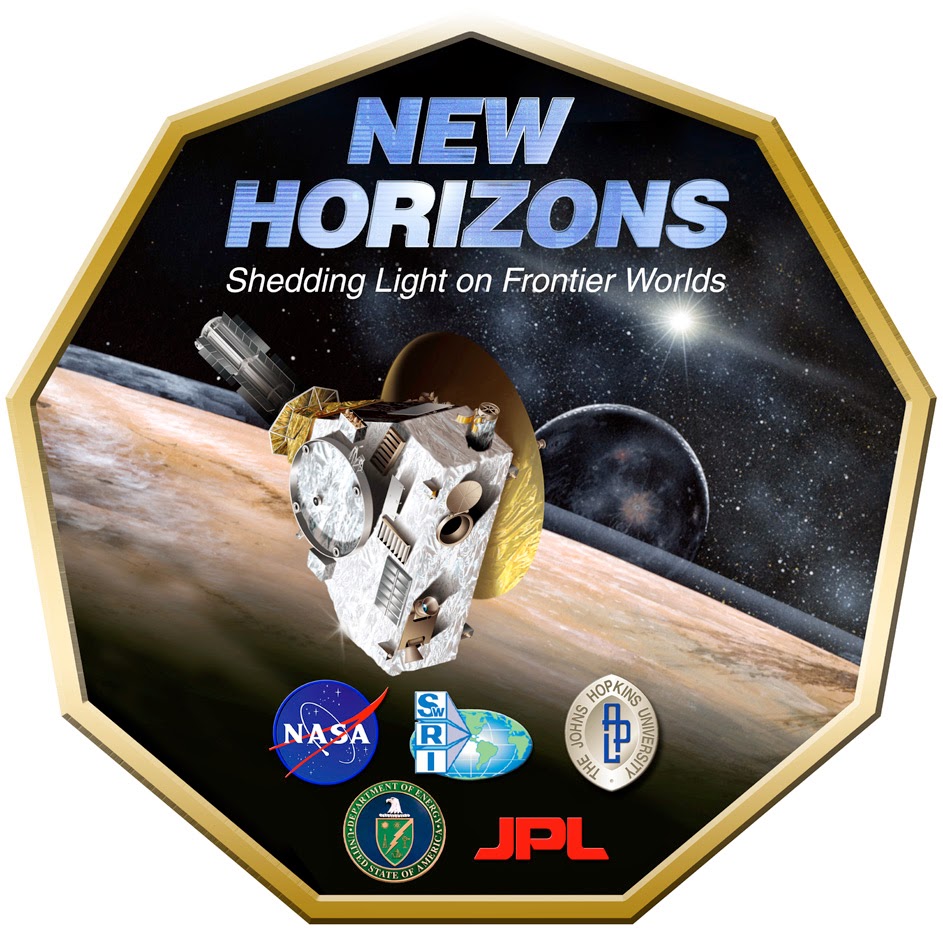 For the first time, images from NASA’s New Horizons spacecraft are revealing bright and dark regions on the surface of faraway Pluto – the primary target of the New Horizons close flyby in mid-July.

The images were captured in early to mid-April from within 70 million miles (113 million kilometers), using the telescopic Long-Range Reconnaissance Imager (LORRI) camera on New Horizons. A technique called image deconvolution sharpens the raw, unprocessed images beamed back to Earth. New Horizons scientists interpreted the data to reveal the dwarf planet has broad surface markings – some bright, some dark – including a bright area at one pole that may be a polar cap.

“As we approach the Pluto system we are starting to see intriguing features such as a bright region near Pluto’s visible pole, starting the great scientific adventure to understand this enigmatic celestial object,” says John Grunsfeld, associate administrator for NASA’s Science Mission Directorate in Washington. “As we get closer, the excitement is building in our quest to unravel the mysteries of Pluto using data from New Horizons."

Also captured in the images is Pluto’s largest moon, Charon, rotating in its 6.4-day long orbit. The exposure times used to create this image set – a tenth of a second – were too short for the camera to detect Pluto’s four much smaller and fainter moons. 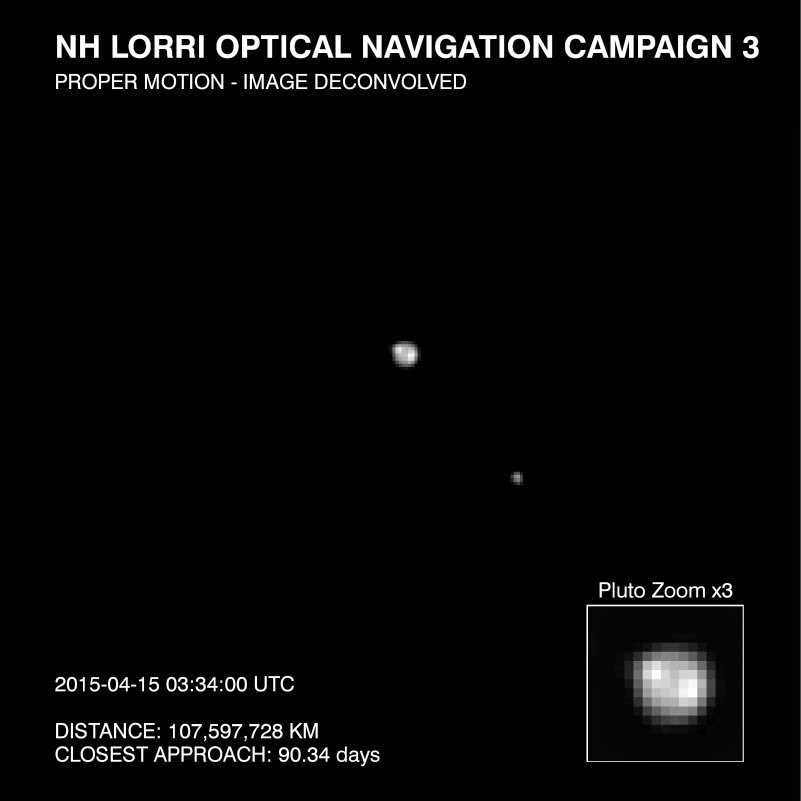 Image above: This image of Pluto and it largest moon, Charon, was taken by the Long Range Reconnaissance Imager (LORRI) on NASA’s New Horizons spacecraft on April 15, 2015. The image is part of several taken between April 12-18, as the spacecraft’s distance from Pluto decreased from about 69 million miles (111 million kilometers) to 64 million miles (104 million kilometers). Image Credits: NASA/JHU-APL/SwRI.

Since it was discovered in 1930, Pluto has remained an enigma. It orbits our sun more than 3 billion miles (about 5 billion kilometers) from Earth, and researchers have struggled to discern any details about its surface. These latest New Horizons images allow the mission science team to detect clear differences in brightness across Pluto’s surface as it rotates.

“After traveling more than nine years through space, it’s stunning to see Pluto, literally a dot of light as seen from Earth, becoming a real place right before our eyes,” said Alan Stern, New Horizons principal investigator at Southwest Research Institute in Boulder, Colorado. “These incredible images are the first in which we can begin to see detail on Pluto, and they are already showing us that Pluto has a complex surface.”

The images the spacecraft returns will dramatically improve as New Horizons speeds closer to its July rendezvous with Pluto.

“We can only imagine what surprises will be revealed when New Horizons passes approximately 7,800 miles (12,500 kilometers) above Pluto’s surface this summer,” said Hal Weaver, the mission’s project scientist at the Johns Hopkins University Applied Physics Laboratory (APL) in Laurel, Maryland.