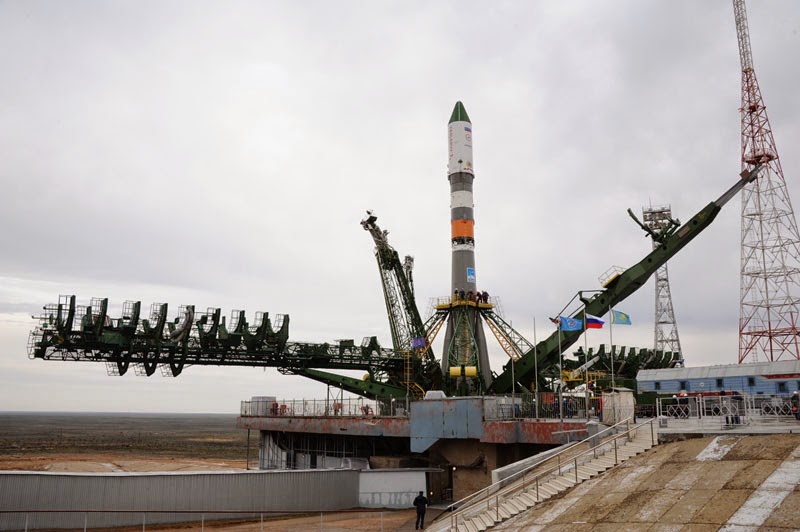 Image above: The ISS Progress 59 cargo ship is seen here on the launch pad in Baikonur, Kazakhstan. It will launch at 3:09 a.m. EDT on Apr. 28 to carry more than three tons of supplies to the ISS. Credit: RSC Energia.

Carrying more than 6,000 pounds of food, fuel, and supplies for the International Space Station crew, the unpiloted ISS Progress 59 cargo craft launched at 3:09 a.m. EDT (1:09 p.m. local time in Baikonur) from the Baikonur Cosmodrome in Kazakhstan.

However, Russian flight controllers initially could not confirm the health of the spacecraft’s systems and deployment of Kurs rendezvous and other navigational antennas. They selected the backup rendezvous plan with a targeted arrival Thursday for the cargo ship and its supplies for the  space station crew. The Progress spacecraft is in a safe preliminary orbit.

At the time of launch, the International Space Station was flying about 257 miles over northeast Kazakhstan near the Russian border, having flown over the launch site two and a half minutes before lift off.

As Progress passed over Russian ground stations, the Russian flight control team issued commands through the telemetry system onboard the spacecraft in an attempt to receive confirmation that navigation and rendezvous systems had deployed. But, due to sporadic telemetry  from Progress 59, inconclusive data, and trouble uplinking commands to the spacecraft, controllers were unable to confirm the status of the systems. 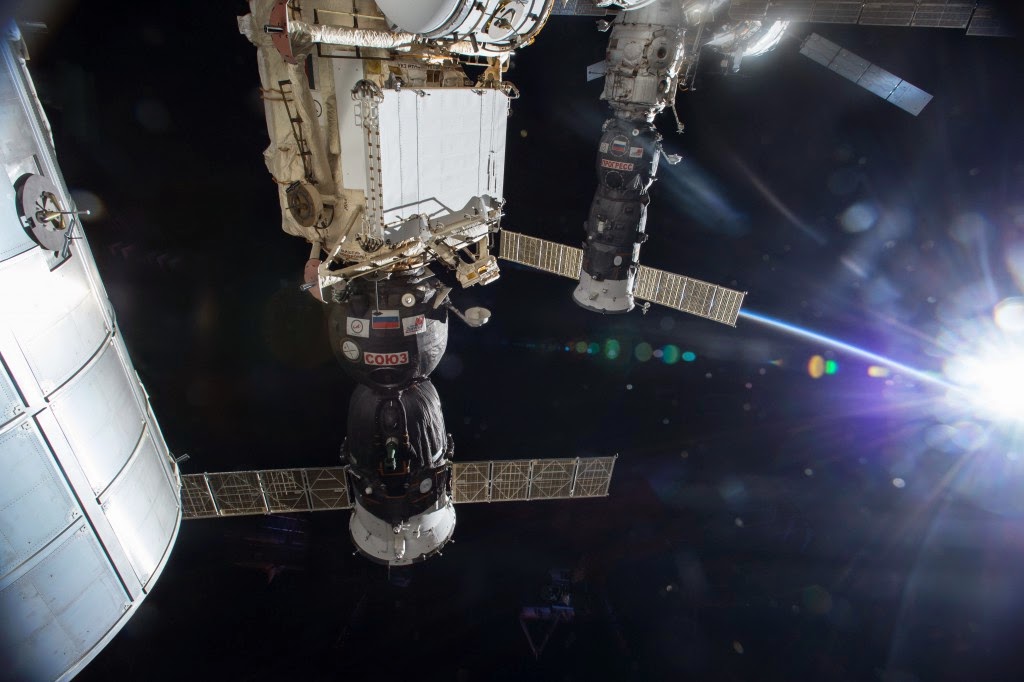 Image above: ISS Progress 47 is shown docked at the International Space Station’s Pirs docking compartment prior to its departure Saturday, April 25. Progress 59 will rendezvous and dock with the same Pirs berthing location on Thursday, April 28, 2015. Image Credit: NASA.

Flight controllers will continue to look at the telemetry system to determine the overall health of the spacecraft’s systems. Instead of a four-orbit, six-hour docking later this morning as originally planned, Progress now will make a two-day, 34-orbit rendezvous with the station. With the two-day rendezvous, the Russian cargo craft is scheduled to arrive at the space station at 5:03 a.m. Thursday. Russian flight controllers are continuing to work to establish a good link with the Progress as it approaches the space station.

Expedition 43 Commander Terry Virts and his five crew mates continue to conduct a variety of microgravity experiments on board the space station as they await the arrival of Progress 59. 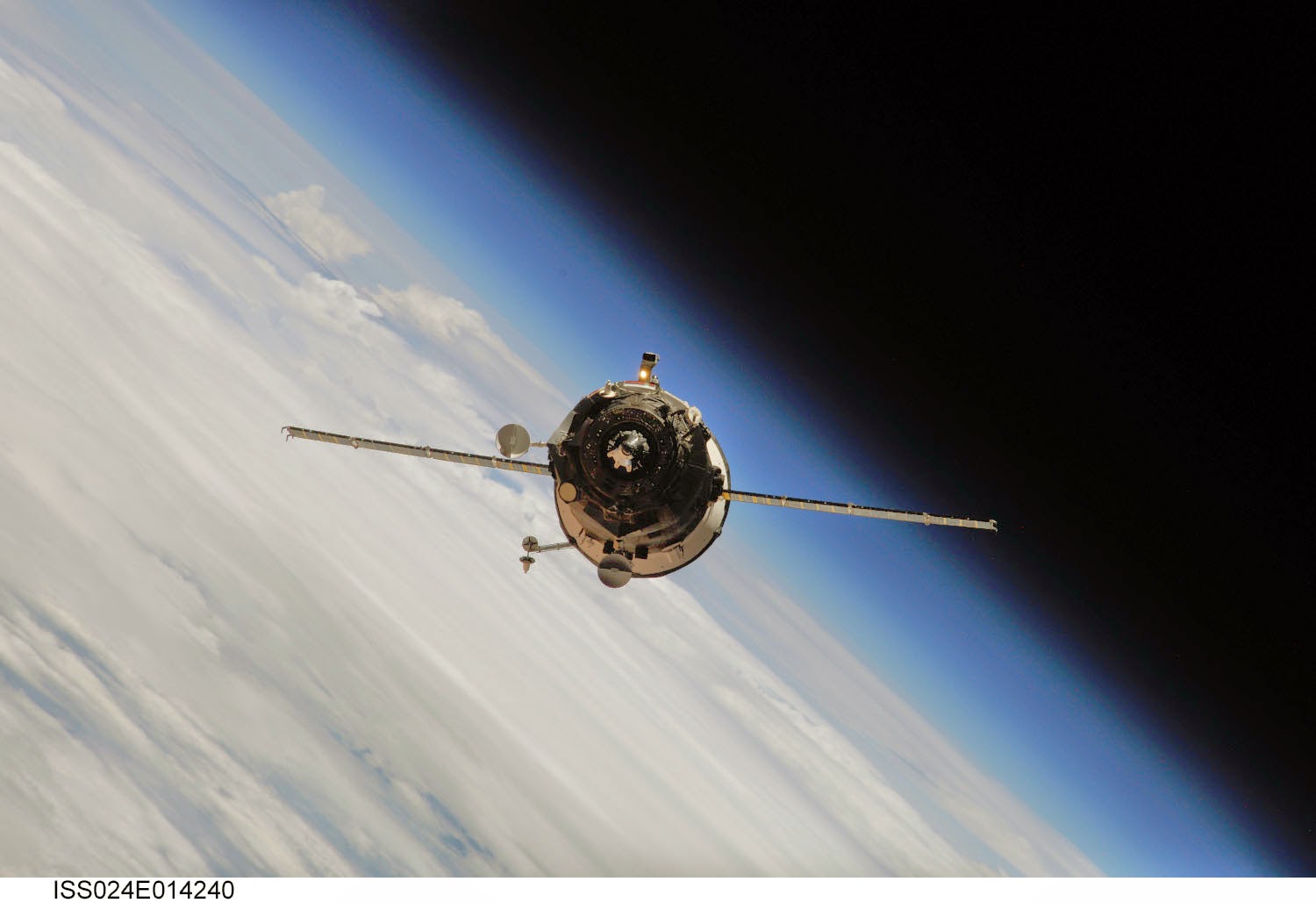 UPDATE (8:15 a.m. EDT): Russian flight controllers are continuing to troubleshoot issues with the ISS Progress 59 cargo craft. The spacecraft made another pass over Russian ground stations and continued to experience telemetry problems regarding the deployment of navigational antennas and the pressurization of the manifolds in the propulsion system. Flight controllers also confirmed that the vehicle had entered into a slow spin and have issued commands to attempt to control it.

UPDATE (9:35 a.m. EDT): Russian flight controllers have continued to try and recover command capability with the ISS Progress 59 cargo craft this morning. The most recent ground pass started at 9:20 a.m. EDT and flight controllers reported no change in the issues with receiving telemetry data from the unmanned craft. The Russian flight control team attempted to command the vehicle over four orbits flying over Russian ground sites with no success. The next series of ground station passes is expected to resume late Tuesday evening. Teams are standing down on the Thursday docking attempt while Russian teams continue to analyze data and develop a troubleshooting plan going forward.