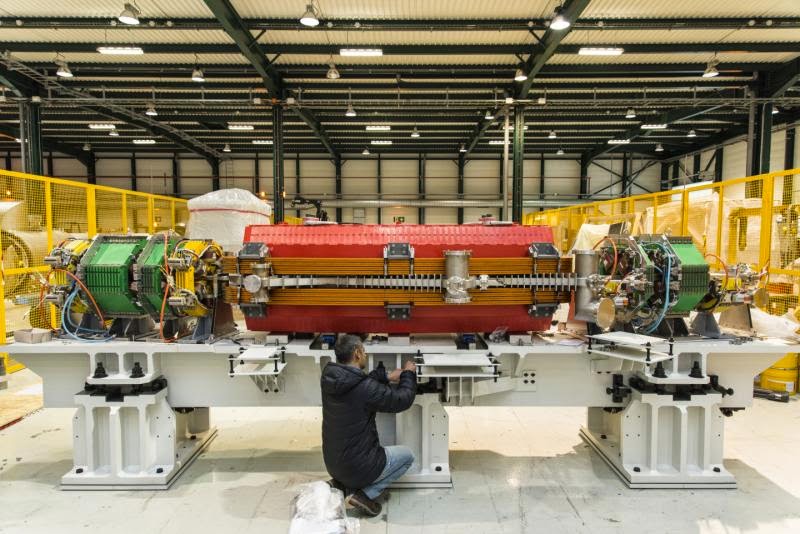 Image above: An engineer tests the installation of a vacuum chamber for SESAME, at CERN's magnet-testing facility SM18 (Image: Maximilien Brice/CERN).

The SESAME project has reached an important milestone: the first complete cell of this accelerator for the Middle East has been assembled and successfully tested at CERN.

SESAME is a synchrotron light source under construction in Jordan. It will allow researchers from the region to investigate the properties of innovative materials, biological processes and cultural artefacts. SESAME is a unique joint venture that brings together scientists from its Members: Bahrain, Cyprus, Egypt, Iran, Israel, Jordan, Pakistan, the Palestinian Authority and Turkey. Not only is SESAME an important scientific project, it is also helping to build bridges between diverse cultures in a part of the world that usually hits the headlines for its conflicts. 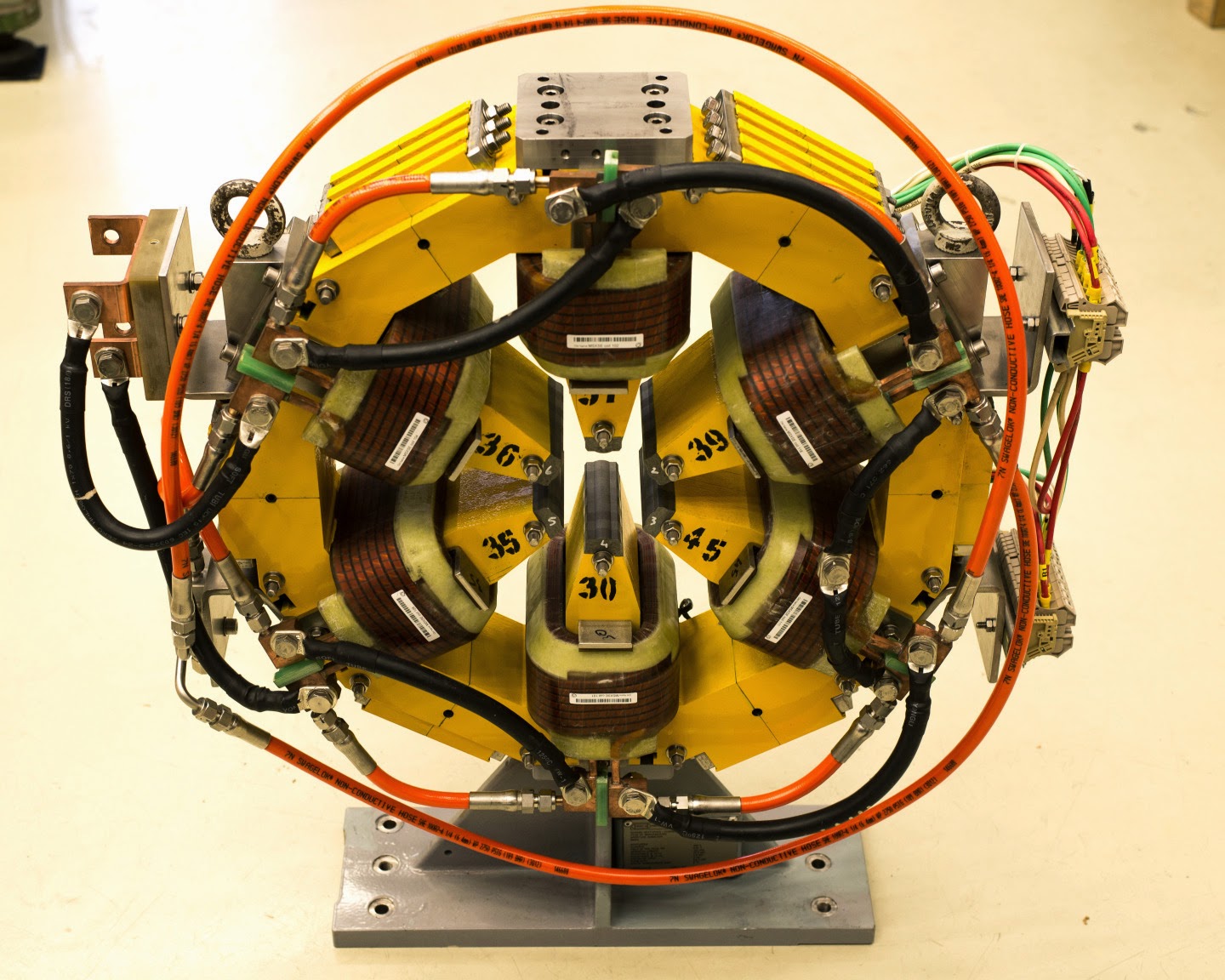 Image above: A sextupole assembled in Cyprus and Pakistan based on CERN/SESAME design (Image: Maximilien Brice/CERN).

CERN has been a strong partner to SESAME, providing technical expertise for the design and procurement of accelerator components. In particular, CERN is responsible for the magnets of the SESAME storage ring and their powering scheme, under a project largely funded by the European Commission (FP7 CESSAMag: http://cern.ch/cessamag).

Within this project, CERN has been collaborating with SESAME to design, test and characterize the components of the magnetic system, which is now in production. The main contracts have been split among different companies in Cyprus, France, Israel, Italy, Spain, Switzerland, Turkey and the UK, with additional in-kind support (material and personnel) from Iran, Pakistan and Turkey.

The test carried out at CERN together with colleagues from SESAME aimed at assembling a full periodic cell of the machine, one of the 16 which make up the regular structure of the ring. Besides the magnets themselves, this involved also the girder support structure as well as the vacuum chamber for the beam. 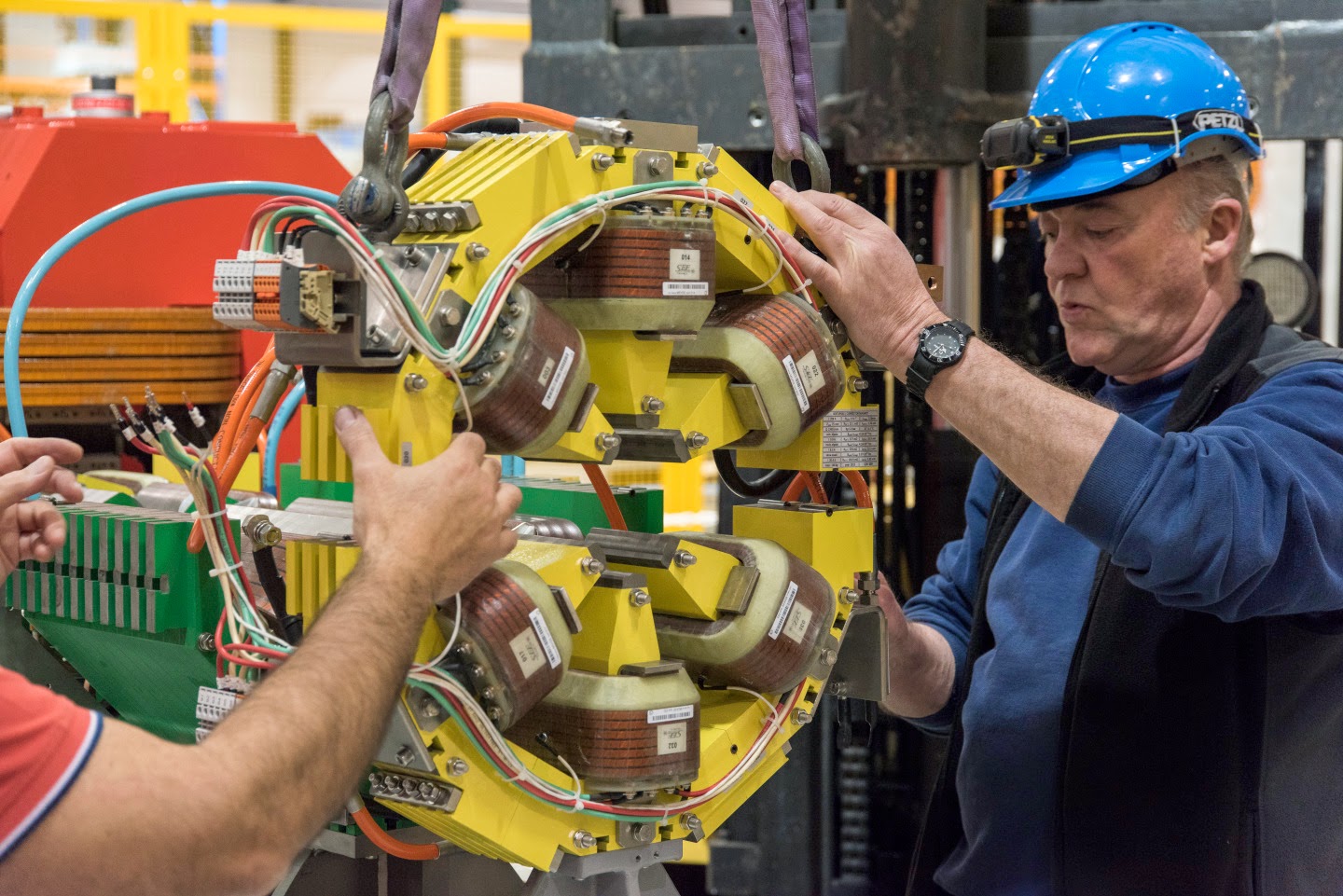 Image above: Engineers test the installation of a vacuum chamber for SESAME at the CERN magnet-testing facility SM18 (Image: Maximilien Brice/CERN).

“We already knew that the various individual elements fulfil and even exceed the specifications,” says Attilio Milanese, the CERN engineer in charge of the magnets, who is well satisfied since “this test now confirms that all the subsystems work harmoniously together”.

The magnet production is now in full swing. After acceptance tests, these components will be shipped in batches to SESAME by the end of the year, where installation and commissioning of the main synchrotron is planned for 2016.