The ISS reboost on the right orbit

The Russian space agency announced Monday that the Progress spacecraft docked to the International Space Station (ISS) had succeeded as planned to start its engines.

The operation began just after 3:30 pm Moscow time (2:30 Swiss time) and ended about 30 minutes later, Roscosmos said. Docked to the Russian Zvezda module, cargo ship Progress M-26M has managed to correct the orbit of the ISS. He placed at the desired altitude for the return to Earth of three members of the crew of the station early June.

A first attempt failed in the night from Friday to Saturday, causing a crisis in the Russian space industry that is a series of embarrassing setbacks. Russian flight operators had not managed to start the engines of spacecraft and had to cancel the mission.

A few hours after this failure, Russia had lost a Mexican telecommunications satellite after the failed launch of Proton-M carrier rocket from the Baikonur cosmodrome Russian, Kazakhstan.

According to Roscosmos, the engines of the third stage of the rocket responsible for putting the satellite in orbit had malfunctioned. They had caused the fall of the 3rd and 4th floors of the rocket and the satellite, which had fallen to Earth and had disintegrated in the atmosphere.

A commission of inquiry was created immediately after the loss of this rocket, Russian Prime Minister Dmitry Medvedev demanding answers from the head of the space agency, Igor Komarov, and names of officials, suggesting that the heads could fall. Last year, Russia had already fired the director of Roscosmos after a series of failures. 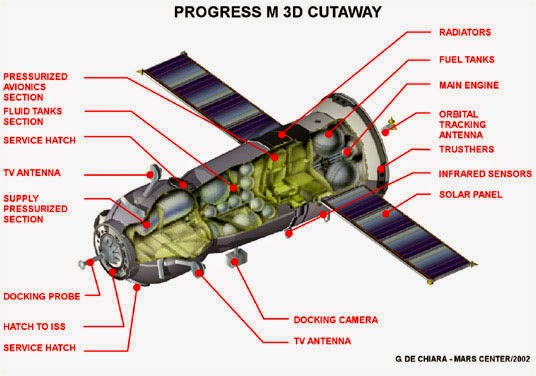 These setbacks came less than a month after the loss of control of an unmanned Progress cargo spacecraft supposedly supply the ISS. He had lost contact with Earth shortly after takeoff on April 28 and had disintegrated in the atmosphere on May 8th.

The accident forced him to postpone to June Roscosmos return to Earth from the ISS expedition 43, composed of Russian Anton Chkaplerov, the American Terry Virts and Samantha Italian Cristoforetti.