Images above: Two views of the CME on June 20, 2015 from the Solar and Heliospheric Observatory, or SOHO. Earth-directed CMEs like this one are often called halo CMEs, because the material shooting off from the sun looks like a ring around the disk of the sun. This halo can be seen more clearly in the right-hand image called a difference image, which is created by subtracting two consecutive frames to see how the image has changed. Images Credits: ESA&NASA/SOHO.

Earth experienced a geomagnetic storm on June 22, 2015 due to the arrival of an Earth-directed coronal mass ejection, or CME, from June 20. 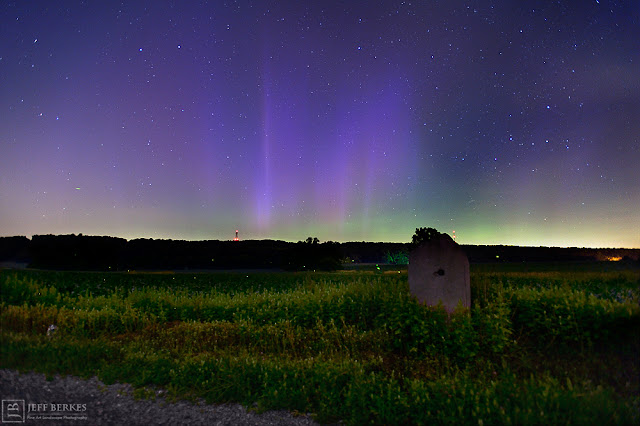 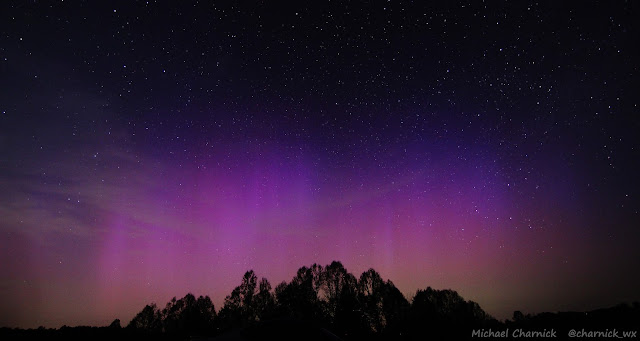 A geomagnetic storm happens when the plasma and magnetic fields in a CME interact with Earth’s magnetic field, disturbing the magnetosphere and allowing stored plasma to flow towards the magnetic poles. 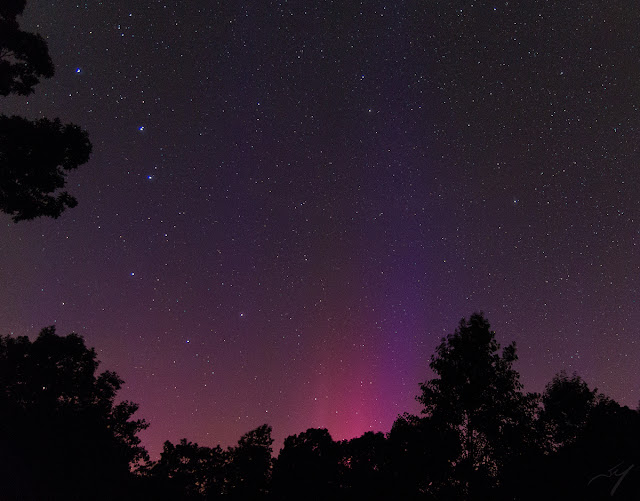 Image above: Aurora as seen in Louisa, Virginia on June 23, 2015. Image Credit: Courtesy of David Murr.

The same active region produced two other CMEs in the past few days, which were pushed along by the faster Earth-directed CME from June 20. 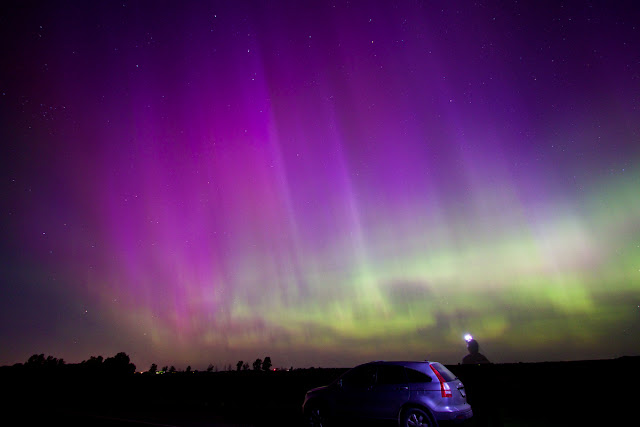 Image above: "The most intense aurora I've ever seen. It started with a wall of light between Lake Preston and DeSmet, South Dakota, while the moon was still out." Image Credit: Courtesy of Christian Begeman.

As a result of the geomagnetic storm, aurora were sighted in several mid-latitude locations, including Virginia in the United States and in the United Kingdom.

For more information about Solar and Heliospheric Observatory (SOHO), visit: http://www.nasa.gov/mission_pages/soho/index.html and http://sci.esa.int/soho/ and http://soho.esac.esa.int/