LHC experiments back in business at record energy 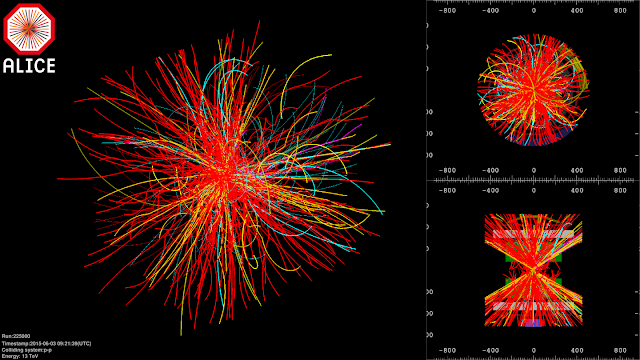 The Large Hadron Collider (LHC) started delivering physics data today for the first time in 27 months. After an almost two year shutdown and several months re-commissioning, the LHC is now providing collisions to all of its experiments at the unprecedented energy of 13 TeV, almost double the collision energy of its first run. This marks the start of season 2 at the LHC, opening the way to new discoveries. The LHC will now run round the clock for the next three years. 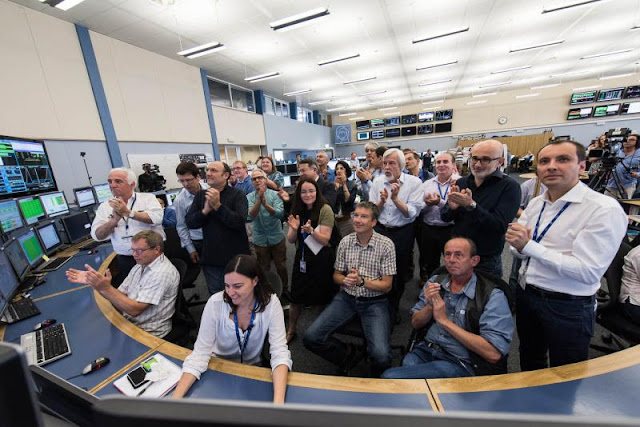 Image above: In the CERN Control Centre, the LHC operations team as well as members of CERN management applaud the announcement of stable beams this morning at 10.40am (Image: Maximilien Brice/CERN). 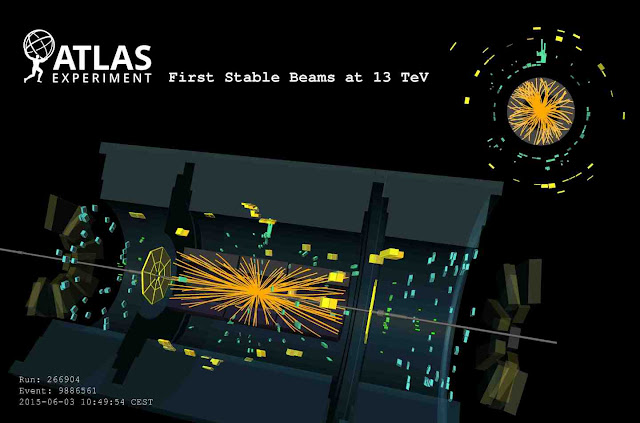 Image above: Display of proton-proton collision events recorded by ATLAS on 3 June 2015, with the first LHC stable beams at a collision energy of 13 TeV. Tracks reconstructed from hits in the inner tracking detector are shown as arcs curving in the solenoidal magnetic field. The green and yellow bars indicate energy deposits in the liquid argon and scintillating-tile calorimeters. (Image ATLAS/CERN).

“With the LHC back in the collision-production mode, we celebrate the end of two months of beam commissioning,” said CERN Director of Accelerators and Technology Frédérick Bordry. “It is a great accomplishment and a rewarding moment for all of the teams involved in the work performed during the long shutdown of the LHC, in the powering tests and in the beam commissioning process. All these people have dedicated so much of their time to making this happen.” 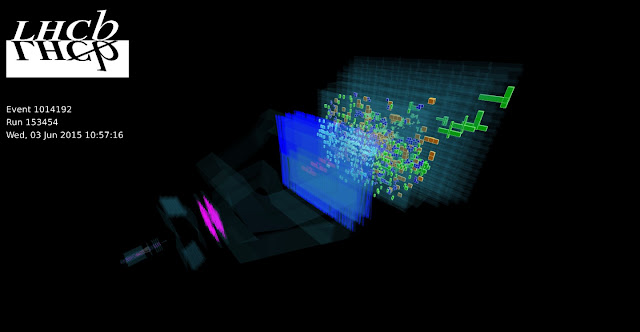 Image above: Collisions as seen within the LHCb experiment's detector (Image: LHCb/CERN).

On 3 June 2015 at 10.40am, the LHC operators declared “stable beams”, the signal for the LHC experiments that they can start taking data. Beams are made of “trains” of proton bunches moving at almost the speed of light around the 27 kilometre ring of the LHC. These so-called bunch trains circulate in opposite directions, guided by powerful superconducting magnets. Today the LHC was filled with 6 bunches each containing around 100 billion protons. This rate will be progressively increased as the run goes on to 2808 bunches per beam, allowing the LHC to produce up to 1 billion collisions per second. 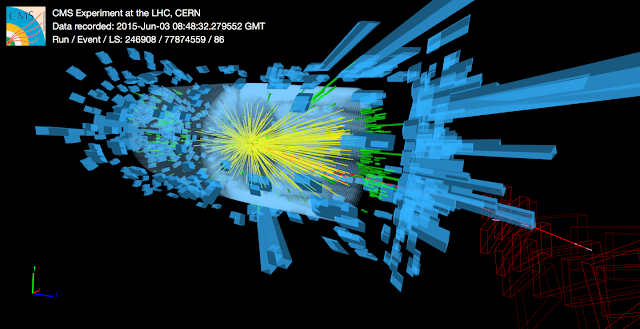 For more information see the live blog that covered events as they unfolded: http://run2-13tev.web.cern.ch/