This week, the Large Hadron Collider (LHC) was switched off for its second scheduled technical stop since starting to run at the new high energy of 6.5 teraelectronvolts (TeV) per beam. These regular stops allow engineers and technicians to maintain the machine and ensure that all its components are working well. 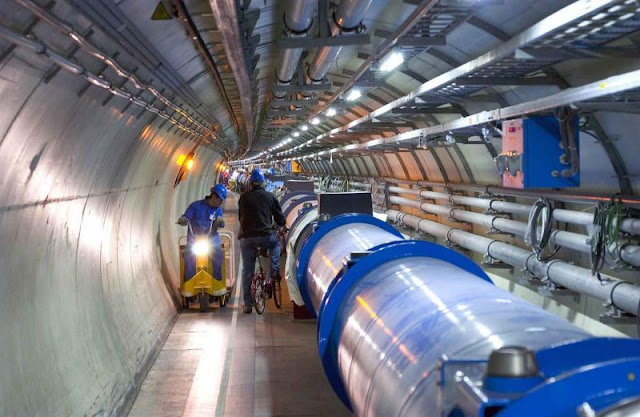 "Lots of activities were planned for this technical stop," says Marzia Bernadini of the CERN Engineering department, who is responsible for coordinating and planning the works. "As well as many maintenance and consolidation tasks, this week's work focussed on two main tasks: installing four beam-gas vertex detectors at Point 4; and replacing more than 1000 electronic circuit boards in the accelerator's quench protection system (QPS).”

The job of the QPS is to monitor the LHC's superconducting magnets for tiny changes in voltage. These magnets steer the particle beams around the accelerator's 27-kilometre ring. These magnets operate at very low temperatures – 1.9 K or -271.3°C – and even a tiny amount of energy released for any reason inside a magnet can warm its superconducting materials to above the critical superconducting temperature, causing a loss of superconductivity. This is called a quench, and just one millijoule – the energy deposited by a 1-centime euro coin falling from 5 cm – is enough to provoke one. When this happens, the current has to be safely extracted in a very short time. Magnet protection in case of quenches is a crucial part of the design of the LHC’s magnetic system, and the electronic cards are in effect the eyes and ears of the quench protection system. 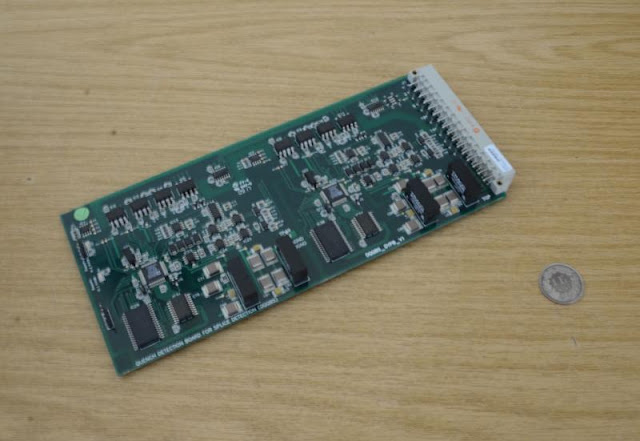 Image above: More than 1000 electronic cards that form part of the LHC's Quench Protection System were replaced this week (Image: CERN).

"We have many thousands of QPS electronic cards in the LHC," says Andrzej Siemko, who leads the Machine Protection and Electrical Integrity group in the CERN Technology department. "Some of these, used for the protection of the main dipole bus bars, are showing a higher sensitivity to radiation than expected, so they need to be replaced."

This sensitivity is a limiting factor for increasing the intensity of the beam in the LHC – the chips on the cards stop working when a certain number of bunches of protons are injected and accelerated to the top energy. Siemko stresses that there is no danger to the machine – the cards are one of three independent systems operating to monitor the electrical health of the magnet circuits. Keeping the system working, ensuring the redundancy for safety, is the main goal.

The team believes that the root of the problem lies with changes made during the long shutdown that ended earlier this year. Tests of certain connections required a minor modification to the cards so they were replaced with new ones. The immediate solution is therefore to replace the modified cards with the originals, which worked well during the LHC's first 3-year run.

The work involved not only the replacement of more than 1000 cards, but also a whole series of electrical quality and powering test afterwards. For the international team that tackled the job, safety was a top priority. "The most important thing is safety, followed by the quality of the work," technical coordinator Bruno Puccio told the engineers and technicians assembled at a recent planning meeting. "Take your time to do a quality job to allow a smooth restart for the LHC."