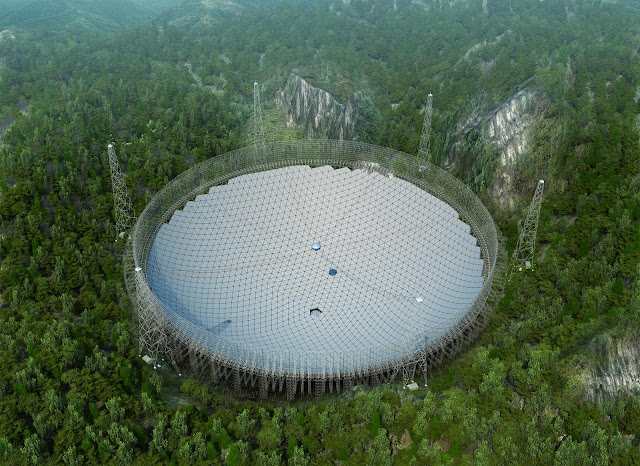 China on Sunday hoisted the final piece into position on what will be the world's largest radio telescope, which it will use to explore space and help in the hunt for extraterrestrial life, state media said.

Installation was completed on the Five-hundred-meter Aperture Spherical Telescope (FAST) on Sunday morning as the last of 4,450 panels was fitted into the center of the big dish.

Hoisting of the last triangular panel to the reflector, which is the size of 30 football fields, began at 10:47 am and lasted about 40 minutes. It was a landmark step for the telescope's planned launch of operations in September. 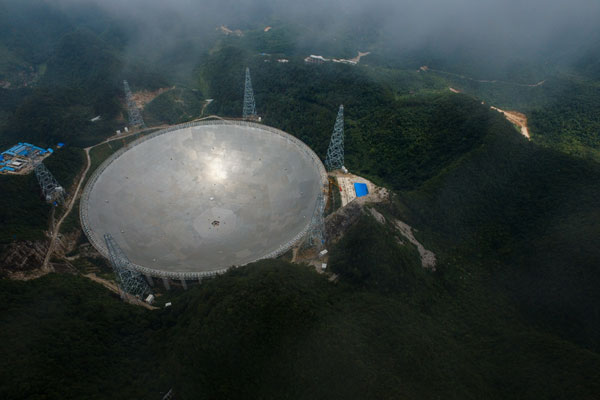 About 300 people, including builders, experts, science fiction enthusiasts and reporters, witnessed the installation at a karst valley in Pingtang county in the southwestern province of Guizhou.

"The telescope is of great significance for humans to explore the universe and extraterrestrial civilizations," said Liu Cixin, a renowned science fiction writer, at the site.

Scientists will then begin debugging and trial observation of the telescope, said Zheng Xiaonian, deputy head of the National Astronomical Observation under the Chinese Academy of Sciences, which built the telescope. 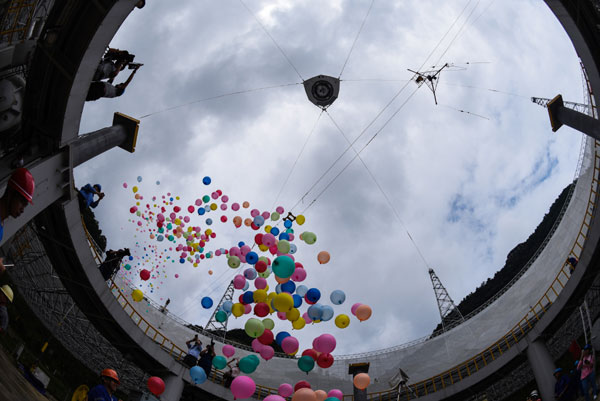 Image above: Balloons are released to celebrate the completion of installation of the world's largest radio telescope, Five-hundred-meter Aperture Spherical Telescope (FAST), in Guizhou, China, on July 3, 2016. Image Credit: Xinhua.

The project has the potential to search for more strange objects to better understand the origin of the universe and boost the global hunt for extraterrestrial life, said Zheng.

Zheng said the radio telescope will be the global leader for the next 10 to 20 years.

In the first two or three years after its completion, the telescope will undergo further adjustment, and during that period Chinese scientists will use it for early-stage research. After that, it will be open to scientists worldwide, said Peng Bo, director of the NAO Radio Astronomy Technology Laboratory.

Scientists can also carry out remote control and observation in other cities such as Beijing, more than 2,000 kilometers from the telescope site, said Peng.

Upon completion, the telescope will dwarf Puerto Rico's Arecibo Observatory, which is 300 meters in diameter. It will also be 10 times more sensitive than the steerable 100-meter telescope near Bonn, Germany, he said.

"Most of the technology and materials are domestically made," said Wang Qiming, chief technologist of the FAST project.

Among the 7 FAST receivers, five were domestically made and another two were co-produced by Chinese, Australian and American institutions.