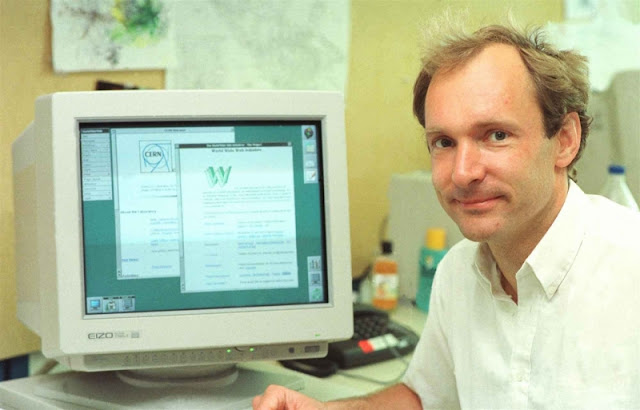 Image above: Tim Berners-Lee, inventor of the World Wide Web, pictured in 1994. In front of him shows a computer displaying an early version of the web. (Image: CERN).

Internaut day is being celebrated around the world on 23 August to mark the invention of the World Wide Web. An “internaut” is a person who possesses a thorough knowledge of how to use the Internet and its history. But what is the history of the web?

In March 1989, CERN scientist Tim Berners-Lee wrote a proposal to develop a distributed information system for the Laboratory. By December 1990, the world's first website and server were ready to go live at CERN. At that time, the World Wide Web enabled scientists to share information across the world; the source code was later released into the public domain in April 1993. 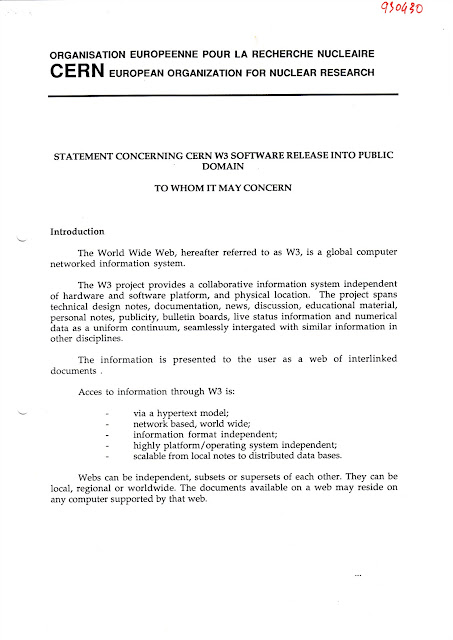 Image above: A statement outlining the release of the World Wide Web into the public domain in April 1993. (Image: CERN).

Although 23 August does not mark an exact anniversary in the creation of the web, it does give an opportunity to appreciate the ease of communication that it provides and how it has become vital in our everyday lives.

Find out more about the many important milestones of the birth of the web: http://home.cern/topics/birth-web