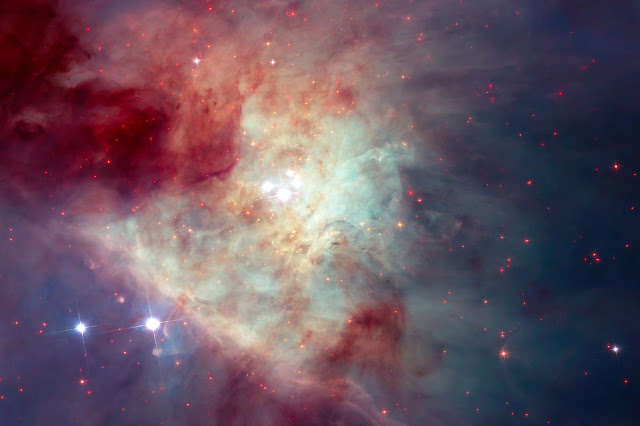 In the search for rogue planets and failed stars astronomers using the NASA/ESA Hubble Space Telescope have created a new mosaic image of the Orion Nebula. During their survey of the famous star formation region, they found what may be the missing piece of a cosmic puzzle; the third, long-lost member of a star system that had broken apart.

The Orion Nebula is the closest star formation region to Earth, only 1400 light-years away. It is a turbulent place — stars are being born, planetary systems are forming and the radiation unleashed by young massive stars is carving cavities in the nebula and disrupting the growth of smaller, nearby stars.

Because of this ongoing turmoil, Hubble has observed the nebula many times to study the various intriguing processes going on there. This large composite image of the nebula’s central region, combining visual and near-infrared data, is the latest addition to this collection. 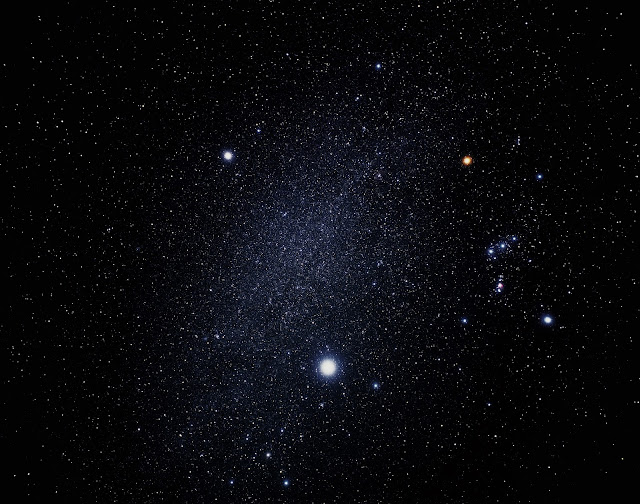 Astronomers used these new infrared data to hunt for rogue planets — free-floating in space without a parent star — and brown dwarfs in the Orion Nebula. The infrared capabilities of Hubble also allow it to peer through the swirling clouds of dust and gas and make the stars hidden within clearly visible; the unveiled stars appear with bright red colours in the final image. Among these, astronomers stumbled across a star moving at an unusually high speed — about 200 000 kilometres per hour [1]. This star could be the missing piece of the puzzle of a star system that had been broken apart 540 years ago.

Astronomers already knew about two other runaway stars in the Orion Nebula which were most likely once part of a now-defunct multiple-star system. For years it was suspected that the original system contained more than just these two stars. Now, by virtue of accident and curiosity, Hubble may have found the missing third piece of this cosmic puzzle.


Zoom-in on the Orion Nebula

Whether the new star is indeed the missing — and the last — piece of the puzzle will require further observations. So will the answer to the question of why the original star system broke apart in the first place. While there are several theories — interactions with other, nearby stellar groups, or two of the stars getting too close to each other — none can be ruled out or confirmed yet.

And while the astronomers are looking for the answers to these questions, who knows what mystery they will find next?

[1] The relative speed of the star was calculated by comparing observations made in 1998 with the recent ones. The speed of the newly discovered star is almost 30 times the speed of most of the nebula’s stellar inhabitants.