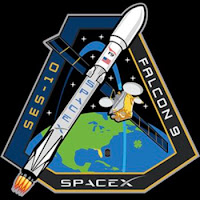 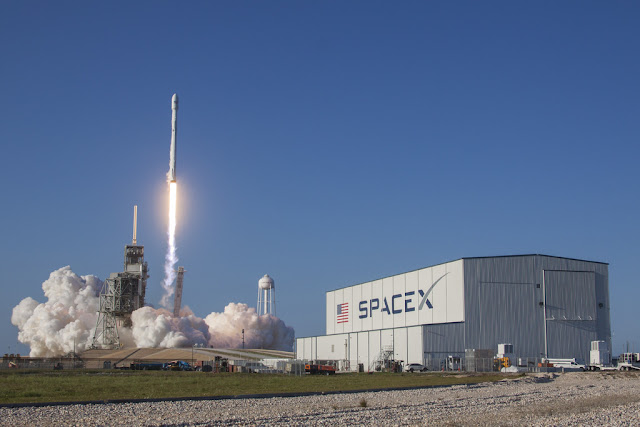 SpaceX took a step into the future Thursday as it reused – for the first time – a recovered first stage of a previously-flown Falcon 9 rocket. Thursday’s mission, carrying the SES-10 communications satellite, lifted off from Pad 39A at Florida’s Kennedy Space Center Thursday 30 March at 18:27 local time (22:27 UTC) and once again landed the booster.

Thursday’s mission made use Falcon 9 the second orbit-capable rocket – after the Space Shuttle – to achieve partial reusability. The Falcon 9 flew from Launch Complex 39A at the Kennedy Space Center, the same pad from which the Shuttle began eighty-two of its missions, including its first and final flights.

Reusability has long been a key objective for SpaceX. Making the company’s first launch in March 2006, the small Falcon 1 vehicle carried a parachute system intended to bring its spent first stage back to Earth. 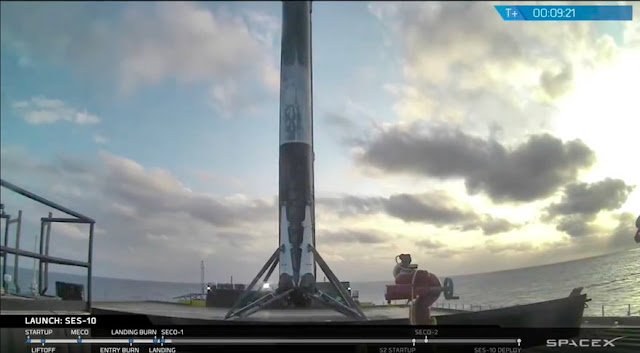 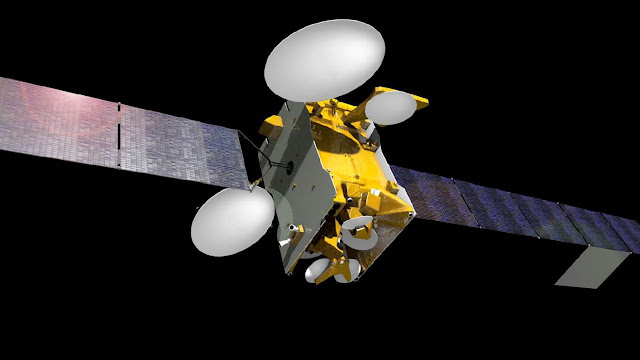 The SES-10 mission mark a historic milestone on the road to full and rapid reusability as the world’s first reflight of an orbital class rocket. Falcon 9’s first stage for the SES-10 mission previously supported the successful CRS-8 mission in April 2016.