Every day, invisible magnetic explosions are happening around Earth, on the surface of the sun and across the universe. These explosions, known as magnetic reconnection, occur when magnetic field lines cross, releasing stored magnetic energy. Such explosions are a key way that clouds of charged particles — plasmas — are accelerated throughout the universe. In Earth’s magnetosphere — the giant magnetic bubble surrounding our planet — these magnetic reconnections can fling charged particles toward Earth, triggering auroras.

Magnetic reconnection, in addition to pushing around clouds of plasma, converts some magnetic energy into heat, which has an effect on just how much energy is left over to move the particles through space. A recent study used observations of magnetic reconnection from NASA's ARTEMIS — Acceleration, Reconnection, Turbulence and Electrodynamics of the Moon’s Interaction with the Sun — to show that in the long tail of the nighttime magnetosphere, extending away from Earth and the sun, most of the energy is converted into heat. This means that the exhaust flows — the jets of particles released by reconnection — have less energy available to accelerate charged particles than previously thought.

Animation above: In this simulation, a reconnection event pushes a blob of plasma toward Earth. The jet blown in the opposite direction wobbles due to the unstable conditions. Animation Credits: NASA’s Goddard Space Flight Center/Yi-Hsin Liu/Joy Ng, producer.

When magnetic reconnection occurs between two clouds of plasma that have the same density, the exhaust flow is wildly unstable — flapping about like a garden hose with too much water pressure. However, the new results find that, in the event observed, if the plasmas have different densities, the exhaust is stable and will eject a constant, smooth jet. These differences in density are caused by the interplay of the solar wind — the constant stream of charged particles from the sun — and the interplanetary magnetic field that stretches across the solar system.

These new results are key to understanding how magnetic reconnection can send particles zooming toward Earth, where they can initiate auroras and cause space weather. Such information also provides fundamental information about what drives movement in space throughout the universe, far beyond the near-Earth space we can observe more easily. 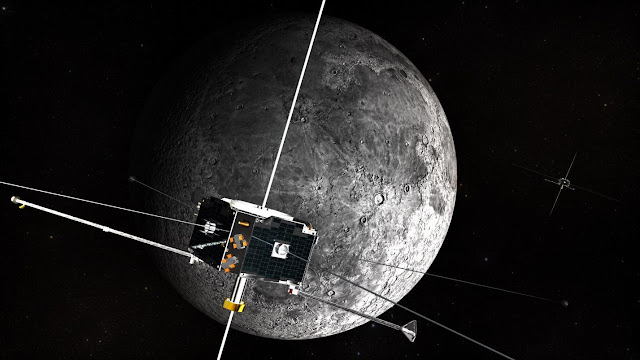 The ARTEMIS spacecraft have now spent more than a decade investigating the invisible phenomena near Earth, working in tandem with other missions like Time History of Events and Macroscale Interactions during Substorms, and Magnetospheric Multiscale to form a complete picture of magnetic reconnection near Earth.