A Mesa in Noctis Labyrinthus 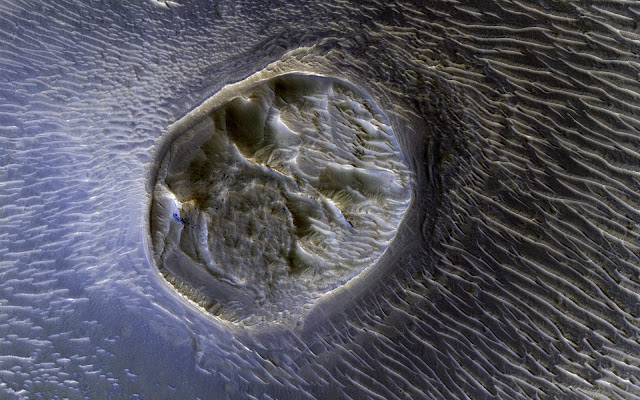 This image from NASA's Mars Reconnaissance Orbiter shows a small (0.4 kilometer) mesa, one of several surrounded by sand dunes in Noctis Labyrinthyus, an extensively fractured region on the western end of Valles Marineris.

Heavily eroded, with clusters of boulders and sand dunes on its surface, this layered mesa is probably comprised of sedimentary deposits that are being exhumed as it erodes. The layers themselves are visible as faint bands along the lower left edge of the mesa.