Computer Upgrades Ahead of Crew and Cargo Arrivals 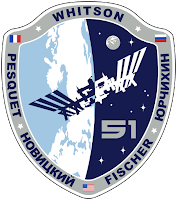 The three International Space Station residents upgraded computer hardware and software today. The crew is also heading into the weekend preparing for the arrival of a new crew and a new cargo shipment.

Commander Peggy Whitson and Flight Engineer Thomas Pesquet replaced outdated routers this morning with new ones providing expanded capabilities in the station’s U.S. segment. Whitson was in the Destiny lab module swapping routers while Pesquet was inside the Harmony module performing the computer maintenance. The router swaps and software updates were done to get ready for the arrival of the next station crew. 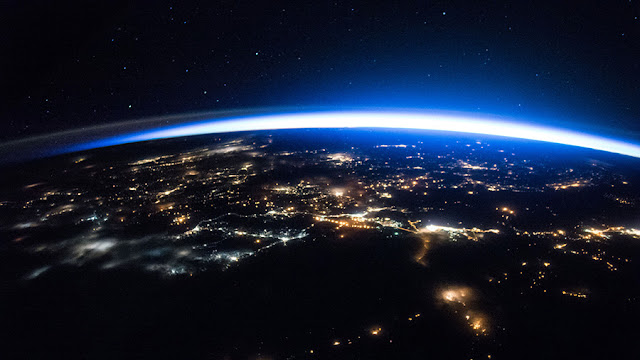 Image above: This night image from the space station captures sparkling cities and a sliver of daylight framing the northern hemisphere. Image Credit: NASA.

Expedition 51 will expand by two crew members when a veteran Roscosmos cosmonaut and a first time NASA space-flier arrive on Thursday. Soyuz Commander Fyodor Yurchikhin and Flight Engineer Jack Fischer will launch aboard the Soyuz MS-04 spacecraft and take a six-hour, four-orbit ride before docking to the Poisk module. The duo will begin a mission expected to last about 4-1/2 months.

Orbital ATK is getting ready to roll out its Cygnus spacecraft loaded with over 7,600 pounds science gear and crew supplies. Cygnus is scheduled to launch Tuesday at 11:11 a.m. and take a four-day delivery trip before being captured by the Canadarm2 and installed to the Unity module.