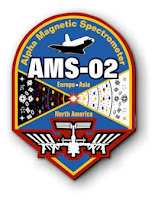 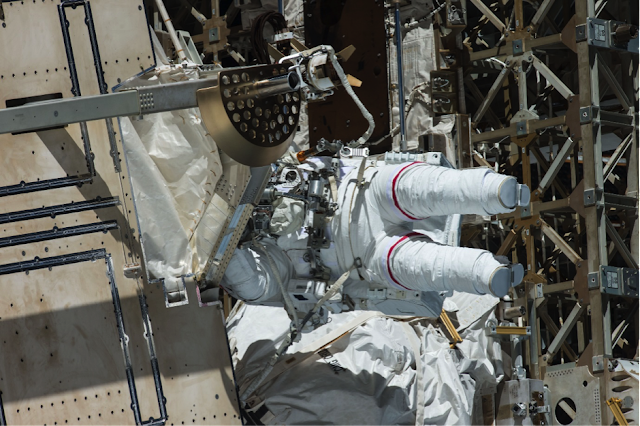 The 200th spacewalk at the International Space Station (ISS) included a new installation on the Alpha Magnetic Spectrometer (AMS) – a particle-physics detector that was assembled at CERN.

On 12 May, Commander Peggy Whitson and Flight Engineer Jack Fischer of NASA conducted the four-hour spacewalk, while ESA astronaut Thomas Pesquet stayed inside the ISS to drive the station arm that positions the two astronauts.

One of their tasks involved replacing a cable with a bus terminator – a type of connector – to carry data between AMS and the space shuttle. During the spacewalk, the AMS team stationed at CERN in the experiment’s Payload and Operations Control Centre (POCC), were able to check that the bus terminator was properly functioning. This connection will be used from 2018, when a new thermal cooling system for the AMS silicon tracker is put into place.

The AMS cooling pump system was developed by the collaboration at CERN, and a similar system is now also used by some of the LHC experiments to cool their trackers. Despite only needing one pump, AMS was flown to space with four. Now, three of the four pumps are no longer functioning and so multiple spacewalks are planned for 2018 to replace these with a new cooling system, which would extend the life of AMS in space by 12 years. 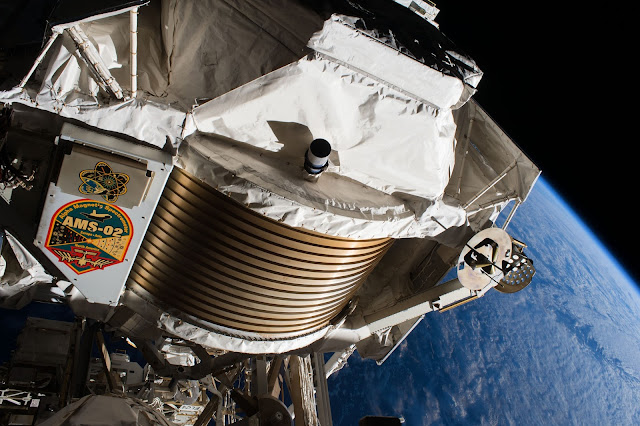 AMS was launched in 2011 on the penultimate flight of the Space Shuttle and has been collecting data during the last six years. It is a particle-physics detector looking for dark matter, antimatter and missing matter and also performs precision measurements of cosmic rays. It reached the milestone of recording 100 billion cosmic ray events on 8 May.