Giant iceberg in the making

All eyes are on Antarctica’s Larsen C ice shelf as a deep crack continues to cut across the ice, leaving a huge chunk clinging on. When it eventually gives way, one of the largest icebergs on record will be set adrift. Even before the inevitable happens, ESA’s CryoSat mission can reveal some of the future berg’s vital statistics.

Monitored by the Copernicus Sentinel-1 radar pair, the crack in the ice is now around 200 km long, leaving just 5 km between the end of the fissure and the ocean.

While we wait for Sentinel-1 to tell us when this 6600 sq km iceberg is spawned, CryoSat can reveal what the berg’s measurements will be.

This Earth Explorer satellite carries a radar altimeter to measure the height of the ice surface. In general, this information is used to work out how the thickness of sea ice and land ice is changing and, consequently, how the volume of Earth’s ice is being affected by the climate.

Noel Gourmelen from the University of Edinburgh said, “Using information from CryoSat, we have mapped the elevation of the ice above the ocean and worked out that the eventual iceberg will be about 190 m thick and contain about 1155 cubic kilometres of ice.

“We have also estimated that the depth below sea level could be as much as 210 m.” 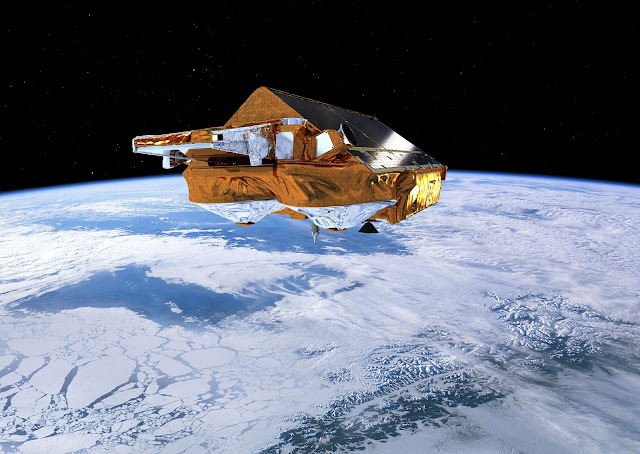 Icebergs calve from Antarctica all the time, but because this one is particularly large its path across the ocean needs to be monitored as it could pose a hazard to maritime traffic.

Again, Sentinel-1 and CryoSat will play an important role in tracking the berg and keeping an eye on how it changes.

Dr Gourmelen added, “We will continue to use CryoSat to monitor how the berg changes as it drifts away from the ice shelf.”

A berg, similar in size, drifted around the Brunt ice shelf in December 2015, causing alarm for those stationed at the Halley research base, which sits on the floating section of the shelf.

Anna Hogg from the University of Leeds said, “Measurements from CryoSat showed that the Brunt berg was around 390 m, so too thick to come close to ‘shore’ since the sea is shallow here.

“As for this new Larsen C berg, we are not sure what will happen. It could, in fact, even calve in pieces or break up shortly after. Whole or in pieces, ocean currents could drag it north, even as far as the Falkland Islands. If so it could pose a hazard for ships in Drake Passage.

“What is certain, though, is that we shall continue to use CryoSat to keep a check on its progress.”

ESA’s Mark Drinkwater added, “Our historical effort to track large icebergs shows that those from the western Weddell Sea find their way out into the Antarctic Circumpolar Current or into the South Atlantic. 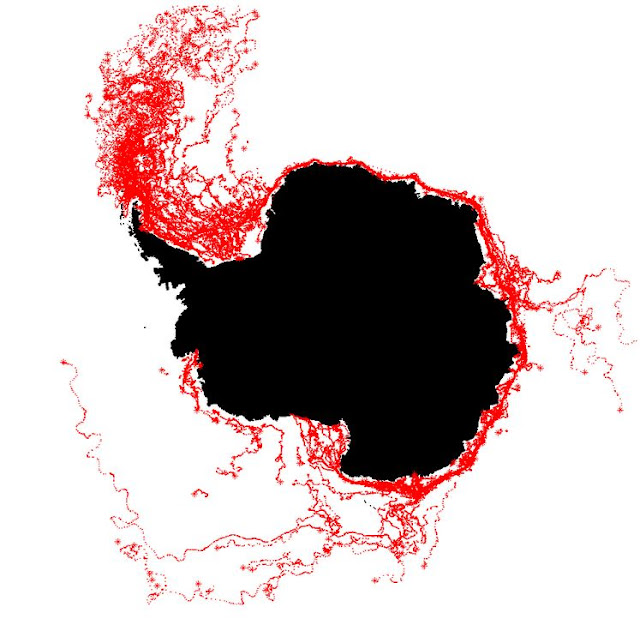 “It seems that only bergs from the Ross ice shelf stay in the westward coastal current and come close to Brunt ice shelf.”

In this case, the Copernicus Sentinel-1 mission and the ESA Earth Explorer CryoSat mission complement each other, giving us a powerful tool to monitor changing ice sheets.