Dragon to be Packed with New Experiments for International Space Station 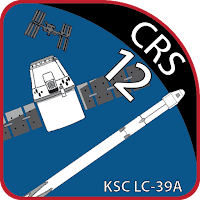 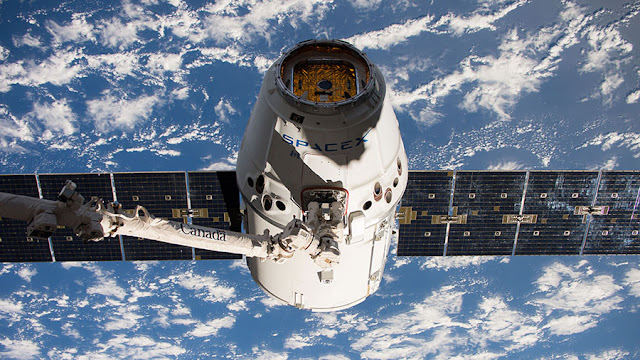 The International Space Station is a unique scientific platform enabling researchers from around the world to develop experiments that could not be performed on Earth. A line of unpiloted resupply spacecraft keeps this work going, supporting efforts to enable future human and robotic exploration of destinations well beyond low-Earth orbit.

The next mission to the space station will be the 12th commercial resupply services flight for SpaceX. Liftoff is targeted for Aug. 13 at approximately 12:56 p.m., from Launch Complex 39A at NASA's Kennedy Space Center in Florida. This underscores the center's role as a premier, multi-user spaceport as this will be the ninth SpaceX rocket to take off from the launch pad, all this year. Pad 39A's history includes 11 Apollo flights, the launch of the Skylab space station in 1973, and 82 space shuttle missions. 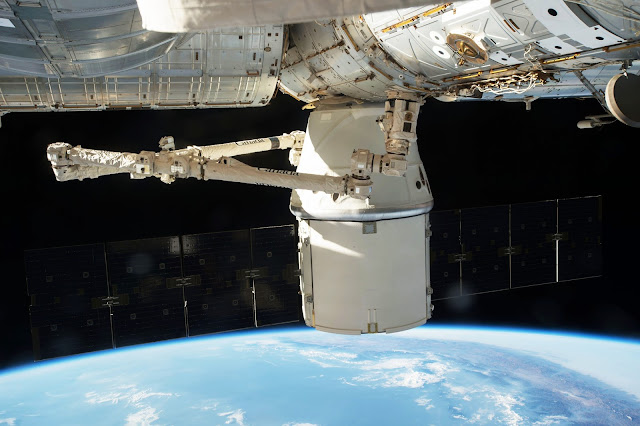 Image above: When the Dragon arrives at the International Space Station, NASA astronaut Jack Fischer and European Space Agency astronaut Paolo Nespoli will grapple the spacecraft using the station's robotic arm and install it on the station’s Harmony module. Dragon will deliver almost 6,000 pounds of supplies and payloads, including materials to support more than 250 science and research investigations during Expeditions 52 and 53. Image Credit: NASA.

A SpaceX Falcon 9 rocket will boost a Dragon spacecraft filled with almost 6,000 pounds of supplies. The payloads include crucial materials to directly support dozens of the more than 250 science and research investigations that will occur during Expeditions 52 and 53.

About 10 minutes after launch, Dragon will reach its preliminary orbit and deploy its solar arrays. A carefully choreographed series of thruster firings are scheduled to allow the spacecraft to rendezvous with the space station. NASA astronaut Jack Fischer and European Space Agency astronaut Paolo Nespoli will grapple Dragon using the space station’s robotic arm and install it on the station’s Harmony module.

The station crew will unpack the Dragon and begin working with the experiments that include plant pillows containing seeds for NASA’s Veggie plant growth system experiment. The plant pillows were prepared in Kennedy's Space Station Processing Facility. 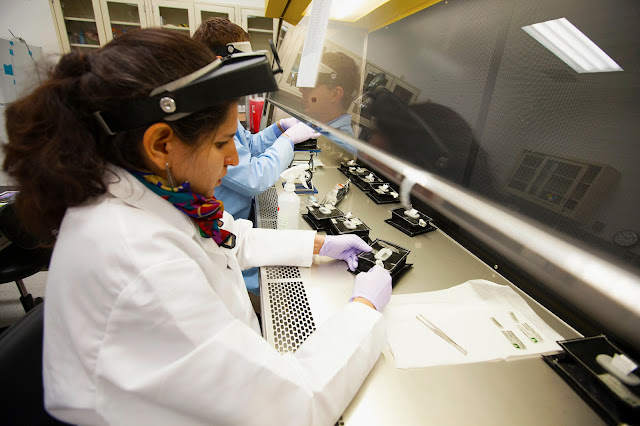 Veggie, like most of the research taking place on the space station, is demonstrating how the research benefits life on Earth as it advances NASA’s plans to send humans to Mars.

The Dragon spacecraft will spend approximately one month attached to the space station. It will remain until mid-September when the spacecraft will return to Earth with results of earlier experiments, splashing down in the Pacific Ocean off the coast of Baja California.