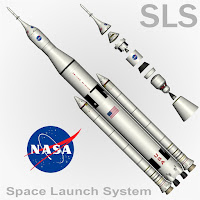 NASA is providing an update on the first integrated launch of the Space Launch System (SLS) rocket and Orion spacecraft after completing a comprehensive review of the launch schedule. 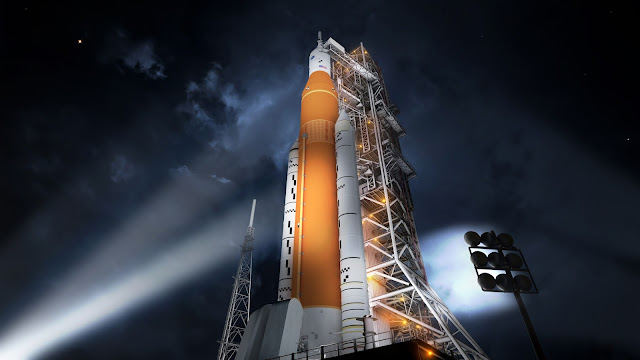 This uncrewed mission, known as Exploration Mission-1 (EM-1) is a critical flight test for the agency’s human deep space exploration goals. EM-1 lays the foundation for the first crewed flight of SLS and Orion, as well as a regular cadence of missions thereafter near the Moon and beyond.

The review follows an earlier assessment where NASA evaluated the cost, risk and technical factors of adding crew to the mission, but ultimately affirmed the original plan to fly EM-1 uncrewed. NASA initiated this review as a result of the crew study and challenges related to building the core stage of the world’s most powerful rocket for the first time, issues with manufacturing and supplying Orion’s first European service module, and tornado damage at the agency’s Michoud Assembly Facility in New Orleans.

“While the review of the possible manufacturing and production schedule risks indicate a launch date of June 2020, the agency is managing to December 2019,” said acting NASA Administrator Robert Lightfoot. “Since several of the key risks identified have not been actually realized, we are able to put in place mitigation strategies for those risks to protect the December 2019 date.”

The majority of work on NASA’s new deep space exploration systems is on track. The agency is using lessons learned from first time builds to drive efficiencies into overall production and operations planning. To address schedule risks identified in the review, NASA established new production performance milestones for the SLS core stage to increase confidence for future hardware builds. NASA and its contractors are supporting ESA’s (European Space Agency) efforts to optimize build plans for schedule flexibility if sub-contractor deliveries for the service module are late.

NASA’s ability to meet its agency baseline commitments to EM-1 cost, which includes SLS and ground systems, currently remains within original targets. The costs for EM-1 up to a possible June 2020 launch date remain within the 15 percent limit for SLS and are slightly above for ground systems. NASA’s cost commitment for Orion is through Exploration Mission-2. With NASA’s multi-mission approach to deep space exploration, the agency has hardware in production for the first and second missions, and is gearing up for the third flight. When teams complete hardware for one flight, they’re moving on to the next.

As part of the review, NASA now plans to accelerate a test of Orion’s launch abort system ahead of EM-1, and is targeting April 2019. Known as Ascent-Abort 2, the test will validate the launch abort system’s ability to get crew to safety if needed during ascent. Moving up the test date ahead of EM-1 will reduce risk for the first flight with crew, which remains on track for 2023.

On both the rocket and spacecraft, NASA is using advanced manufacturing techniques that have helped to position the nation and U.S. companies as world leaders in this area. For example, NASA is using additive manufacturing (3-D printing) on more than 100 parts of Orion. While building the two largest core stage structures of the rocket, NASA welded the thickest structures ever joined using self-reacting friction stir welding.

SLS has completed welding on all the major structures for the mission and is on track to assemble them to form the largest rocket stage ever built and complete the EM-1 “green run,” an engine test that will fire up the core stage with all four RS-25 engines at the same time.

NASA is reusing avionics boxes from the Orion EM-1 crew module for the next flight. Avionics and electrical systems provide the “nervous system” of launch vehicles and spacecraft, linking diverse systems into a functioning whole.

For ground systems, infrastructure at NASA's Kennedy Space Center in Florida is intended to support the exploration systems including launch, flight and recovery operations. The center will be able to accommodate the evolving needs of SLS, Orion, and the rockets and spacecraft of commercial partners for more flexible, affordable, and responsive national launch capabilities.

EM-1 will demonstrate safe operations of the integrated SLS rocket and Orion spacecraft, and the agency currently is studying a deep space gateway concept with U.S. industry and space station partners for potential future missions near the Moon.

“Hardware progress continues every day for the early flights of SLS and Orion. EM-1 will mark a significant achievement for NASA, and our nation’s future of human deep space exploration,” said William Gerstenmaier, associate administrator for NASA’s Human Exploration and Operations Mission Directorate in Washington. “Our investments in SLS and Orion will take us to the Moon and beyond, advancing American leadership in space.”