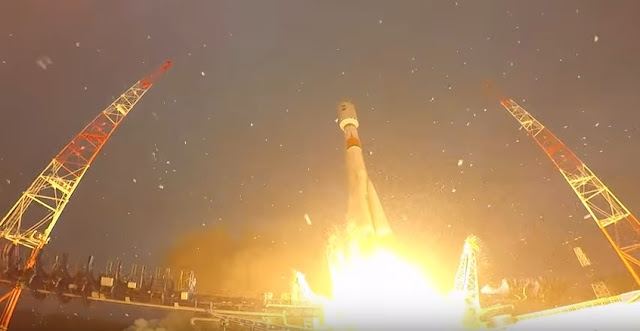 Launch of Soyuz-2.1b from the Plesetsk cosmodrome

December 2, 2017 at 13:43 Moscow time from the State Test Plesetsk Cosmodrome in the Arkhangelsk Region by the combat calculation of the Space Forces of the Military Space Forces, a successful launch of the Soyuz-2.1b medium-range rocket with the space vehicle in the interests of the Russian Defense Ministry was conducted.

The launch was conducted under the general supervision of the commander of the Space Forces, the deputy commander-in-chief of the Air and Space Forces, Colonel General Alexander Golovko.


Launch of the medium-class launch vehicle Soyuz-2.1b from the Plesetsk Cosmodrome

The launch of the launch vehicle and the launching of the spacecraft into the calculated orbit took place in the regular mode. Three minutes after the launch, the Soyuz-2.1b rocket was tracked by the ground-based automated control system of the Main Test Space Center named after German Titov.

At the calculated time, the spacecraft of the Ministry of Defense of Russia was put into the target orbit and adopted for control of ground forces of the Space Forces of the Military Space Station. A stable telemetry connection is established and maintained with the spacecraft. The onboard systems of the spacecraft function normally. After taking over, the spacecraft was assigned the serial number "Kosmos-2524". 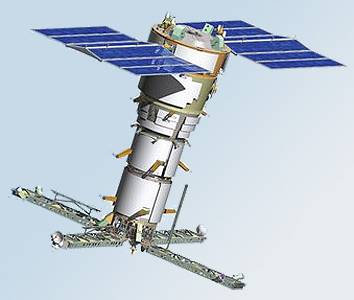 This is the fourth launch of the Soyuz-2 launch vehicle from the Plesetsk space center in 2017. Flight tests of the Soyuz-2 space rocket complex began at the Plesetsk cosmodrome on November 8, 2004. Over the past thirteen years 32 launches of Soyuz-2 carrier rockets from modernization stages 1a, 1b and 1c have been carried out from the northern launch site.