Busy Day Aboard Station Ahead of New Crew Launch 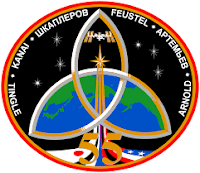 The orbiting Expedition 55 crew members participated in a variety of biology research and life support maintenance today. Their counterparts on the ground took part in traditional ceremonies today ahead of their liftoff to the International Space Station in two weeks. Norishige Kanai, from the Japan Aerospace Exploration Agency, set up hardware to measure the levels and analyze the exhaled air in the station’s environment. Afterward, he positioned an infrared sensor arm to measure Dwarf Wheat leaf temperatures growing inside the Kibo laboratory’s Plant Habitat. 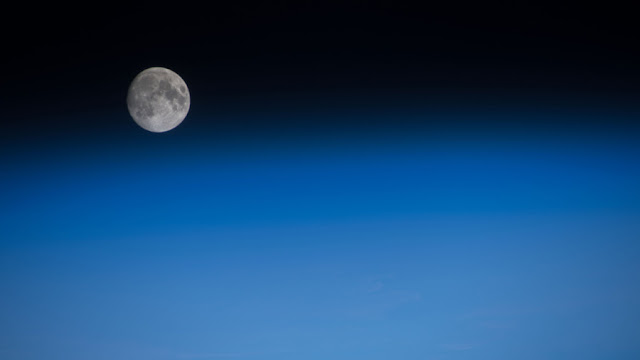 Image above: A waxing gibbous moon was pictured above the Earth’s limb as the International Space Station orbited over the southern Indian Ocean just southwest of the African continent. Image Credit: NASA.

In the midst of all the orbital maintenance work, Shkaplerov still had time for a pair of science experiments. The commander explored the internal and external radiation the space station encounters along its flight path. He also researched how international crews interact with each other during different phases of a long term space mission.

Back in Kazakhstan, three new Expedition 55-56 crew members are counting down to their March 21 liftoff and two-day trip to the space station. Cosmonaut Oleg Artemyev and NASA astronauts Ricky Arnold and Drew Feustel raised the flags of their respective countries today at their Cosmonaut Hotel crew quarters in Baikonur near their launch site. The trio is in final preparations training for their launch aboard the Soyuz MS-08 spacecraft.