An infrared look by NASA's Terra satellite provided forecasters with temperature data in the Category 4 hurricane near Hawaii. Terra data showed a large ring of coldest and most powerful storms around Hurricane Lane's eye on Aug. 23. 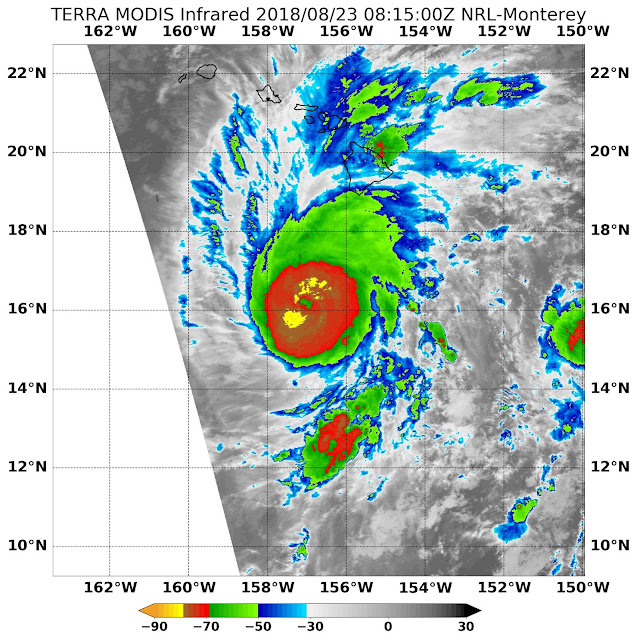 Cloud top temperatures that cold indicate strong storms that have the capability to create heavy rain. Rainfall is expected to be the biggest threat from Lane.

CPHC said, "The cloud-filled eye continues to be surrounded by a solid ring of cold cloud tops, with lightning bursts persisting in the northern eye wall for the last several hours."

CPHC also noted, "Excessive rainfall associated with Lane will impact the Hawaiian Islands into the weekend, leading to significant and life-threatening flash flooding and landslides. Lane is expected to produce total rain accumulations of 10 to 20 inches, with localized amounts in excess of 30 inches over the Hawaiian Islands." 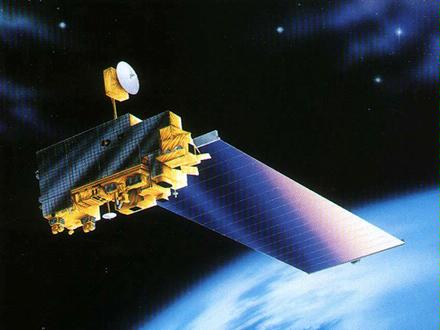 Lane is a powerful category 4 hurricane on the Saffir-Simpson Hurricane Wind Scale.

CPHC said, "Some weakening is forecast during the next day or so, with more significant weakening thereafter. Lane is expected to remain a hurricane as it approaches the islands."