Most Detailed Observations of Material Orbiting close to a Black Hole 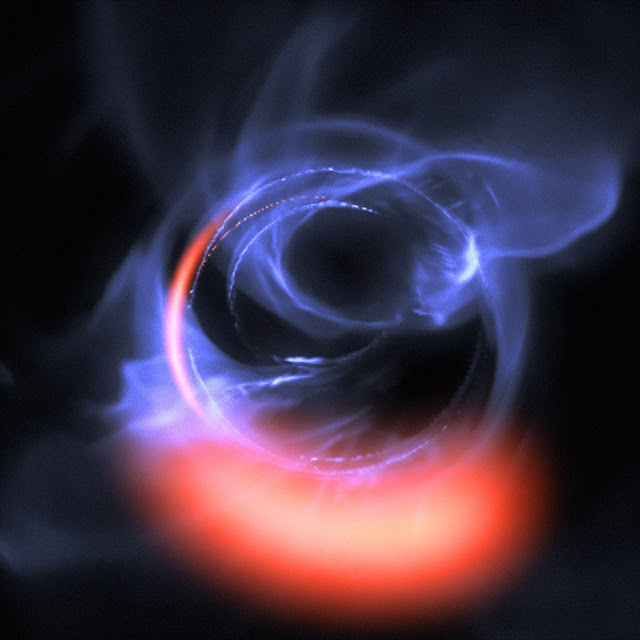 Simulation of Material Orbiting close to a Black Hole

ESO’s exquisitely sensitive GRAVITY instrument has added further evidence to the long-standing assumption that a supermassive black hole lurks in the centre of the Milky Way. New observations show clumps of gas swirling around at about 30% of the speed of light on a circular orbit just outside its event horizon — the first time material has been observed orbiting close to the point of no return, and the most detailed observations yet of material orbiting this close to a black hole. 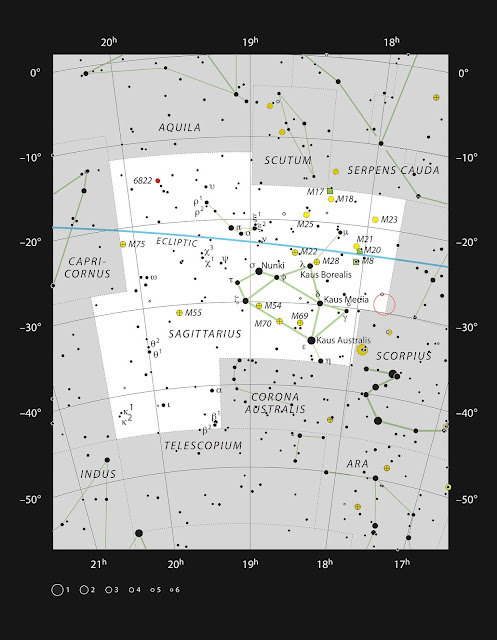 Sagittarius A* in the constellation of Sagittarius

ESO’s GRAVITY instrument on the Very Large Telescope (VLT) Interferometer has been used by scientists from a consortium of European institutions, including ESO [1], to observe flares of infrared radiation coming from the accretion disc around Sagittarius A*, the massive object at the heart of the Milky Way. The observed flares provide long-awaited confirmation that the object in the centre of our galaxy is, as has long been assumed, a supermassive black hole. The flares originate from material orbiting very close to the black hole’s event horizon — making these the most detailed observations yet of material orbiting this close to a black hole. 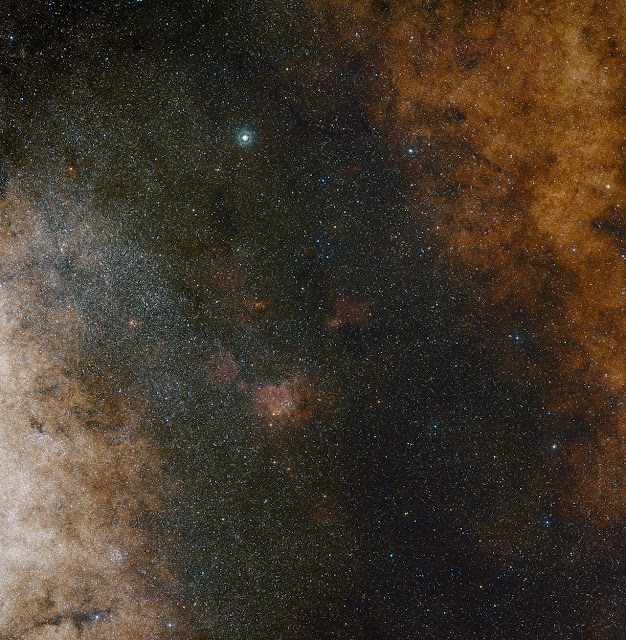 Wide-field view of the centre of the Milky Way

While some matter in the accretion disc — the belt of gas orbiting Sagittarius A* at relativistic speeds [2] — can orbit the black hole safely, anything that gets too close is doomed to be pulled beyond the event horizon. The closest point to a black hole that material can orbit without being irresistibly drawn inwards by the immense mass is known as the innermost stable orbit, and it is from here that the observed flares originate. 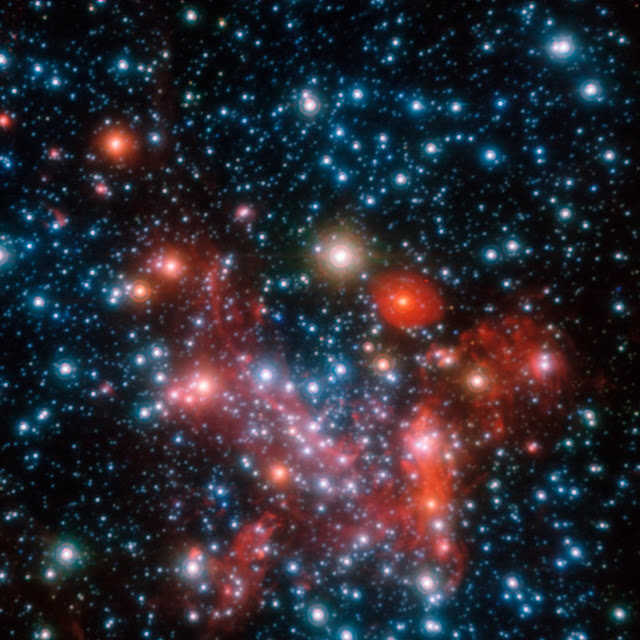 The centre of the Milky Way*

"It’s mind-boggling to actually witness material orbiting a massive black hole at 30% of the speed of light," marvelled Oliver Pfuhl, a scientist at the MPE. "GRAVITY’s tremendous sensitivity has allowed us to observe the accretion processes in real time in unprecedented detail."

These measurements were only possible thanks to international collaboration and state-of-the-art instrumentation [3]. The GRAVITY instrument which made this work possible combines the light from four telescopes of ESO’s VLT to create a virtual super-telescope 130 metres in diameter, and has already been used to probe the nature of Sagittarius A*.


Simulation of Material Orbiting close to a Black Hole

Earlier this year, GRAVITY and SINFONI, another instrument on the VLT, allowed the same team to accurately measure the close fly-by of the star S2 as it passed through the extreme gravitational field near Sagittarius A*, and for the first time revealed the effects predicted by Einstein’s general relativity in such an extreme environment. During S2’s close fly-by, strong infrared emission was also observed.


Zooming into Sagittarius A*

"We were closely monitoring S2, and of course we always keep an eye on Sagittarius A*,"  explained Pfuhl. "During our observations, we were lucky enough to notice three bright flares from around the black hole — it was a lucky coincidence!"

This emission, from highly energetic electrons very close to the black hole, was visible as three prominent bright flares, and exactly matches theoretical predictions for hot spots orbiting close to a black hole of four million solar masses [4]. The flares are thought to originate from magnetic interactions in the very hot gas orbiting very close to Sagittarius A*.

Reinhard Genzel, of the Max Planck Institute for Extraterrestrial Physics (MPE) in Garching, Germany, who led the study, explained: "This always was one of our dream projects but we did not dare to hope that it would become possible so soon." Referring to the long-standing assumption that Sagittarius A* is a supermassive black hole, Genzel concluded that "the result is a resounding confirmation of the massive black hole paradigm."

[2] Relativistic speeds are those which are so great that the effects of Einstein’s Theory of Relativity become significant. In the case of the accretion disc around Sagittarius A*, the gas is moving at roughly 30% of the speed of light.

This research was presented in a paper entitled "Detection of Orbital Motions Near the Last Stable Circular Orbit of the Massive Black Hole SgrA*", by the GRAVITY Collaboration, published in the journal Astronomy & Astrophysics on 31 October 2018.

ESO is the foremost intergovernmental astronomy organisation in Europe and the world’s most productive ground-based astronomical observatory by far. It has 16 Member States: Austria, Belgium, the Czech Republic, Denmark, France, Finland, Germany, Ireland, Italy, the Netherlands, Poland, Portugal, Spain, Sweden, Switzerland and the United Kingdom, along with the host state of Chile and with Australia as a Strategic Partner. ESO carries out an ambitious programme focused on the design, construction and operation of powerful ground-based observing facilities enabling astronomers to make important scientific discoveries. ESO also plays a leading role in promoting and organising cooperation in astronomical research. ESO operates three unique world-class observing sites in Chile: La Silla, Paranal and Chajnantor. At Paranal, ESO operates the Very Large Telescope and its world-leading Very Large Telescope Interferometer as well as two survey telescopes, VISTA working in the infrared and the visible-light VLT Survey Telescope. ESO is also a major partner in two facilities on Chajnantor, APEX and ALMA, the largest astronomical project in existence. And on Cerro Armazones, close to Paranal, ESO is building the 39-metre Extremely Large Telescope, the ELT, which will become "the world’s biggest eye on the sky".

SO Photos of the Galactic Centre: https://www.eso.org/public/images/?search=Galactic+Centre