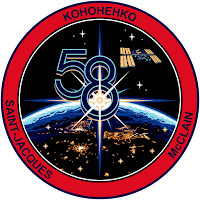 The three Expedition 58 crew members continued studying today the upward flow of fluids inside astronauts’ bodies caused by living in space. The crew also worked on packing a U.S. cargo craft and servicing U.S. spacesuits at the International Space Station.

One easily recognizable symptom of living in space is the “puffy face” astronauts get due to the upward flow of fluids in the body. Underlying impacts of this phenomenon include head and eye pressure changes that occur off Earth which the Fluid Shifts experiment is seeking to better understand. 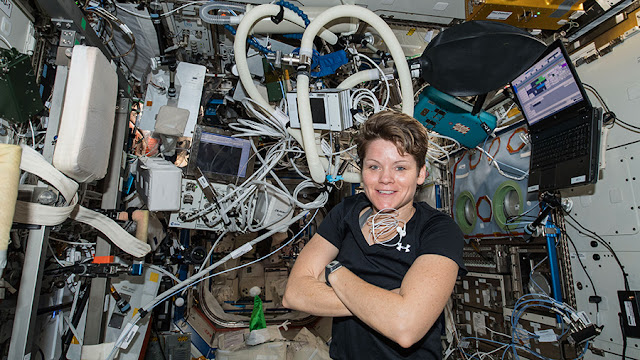 Image above: Astronaut Anne McClain is inside the Destiny laboratory module surrounded by exercise gear, including laptop computers and sensors that measure physical exertion and aerobic capacity. Image Credit: NASA.

McClain and Saint-Jacques also partnered up before lunchtime to get the Cygnus resupply ship ready for its departure on Feb. 12. The duo reviewed packing procedures and stowed inventory aboard the U.S. space freighter from Northrop Grumman. 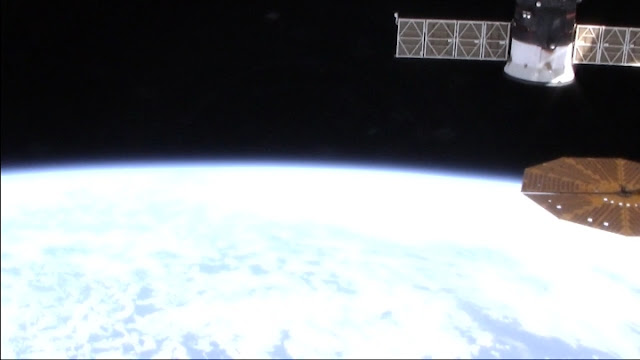 McClain started the day installing the new Facet Cell crystal growth experiment in the Kibo laboratory module. She spent the rest of the afternoon cleaning cooling loops on U.S. spacesuits in the Quest airlock as NASA prepares for spacewalks at the orbital lab later this year.