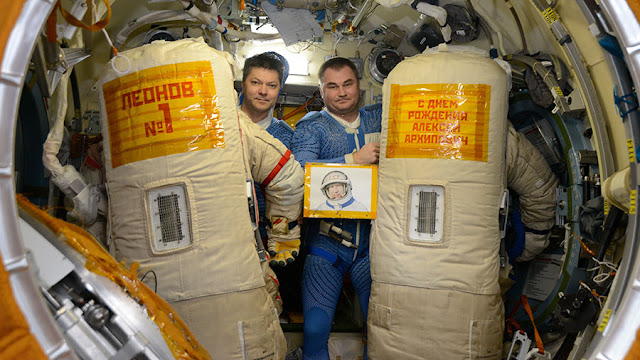 On 18 March, 1965, Leonov became the first person to leave a spacecraft in a spacesuit to conduct a spacewalk, exiting the capsule during the Voskhod 2 mission for a 12-minute spacewalk. 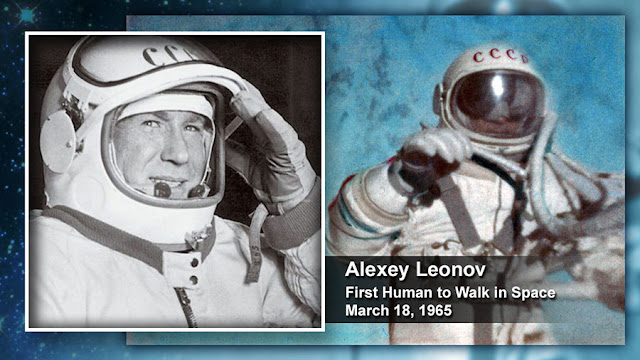 Kononenko and Ovchinin also added signs to the backs of their Orlon spacesuits to honor the first spacewalker. Kononenko’s suit with the red stripes bears a sign that says “1st spacewalker”, and the sign on Ovchinin’s suit with the blue stripes says, “Happy birthday, Alexei Arkhipovich,” Leonov’s family name.