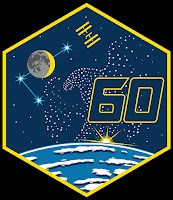 A Soyuz rocket stands at its launch pad today at the Baikonur Cosmodrome in Kazakhstan ready to launch three new flight engineers to the International Space Station on Saturday. NASA astronaut Drew Morgan will embark on his first space mission with veteran station residents Luca Parmitano and Alexander Skvortsov.

The Expedition 60-61 trio from the United States, Italy and Russia, is lifting off Saturday at 12:28 p.m. EDT aboard the Soyuz MS-13 spacecraft. They will dock less than six-and-a-half hours later to the Zvezda service module 50 years to the day NASA first landed humans on the Moon. 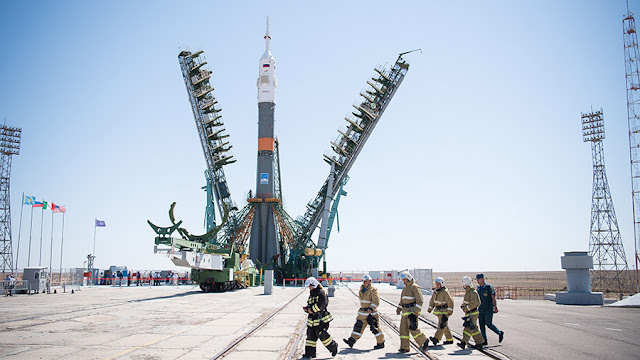 Image above: The Soyuz rocket that will launch three new Expedition 60-61 crewmembers to the station on Saturday stands at its launch pad in Kazakhstan. Image Credits: NASA/Joel Kowsky.

About two-and-a-half hours later the Soyuz and station hatches will open and they will enter their new home in space. NASA astronauts Nick Hague and Christina Koch and station Commander Alexey Ovchinin of Roscosmos will greet their new crewmates then hold a ceremony with family, friends and mission officials on the ground.

NASA TV is broadcasting all the activities live with launch coverage beginning Saturday at 11:30 a.m. Docking coverage begins at 6 p.m. as the Soyuz begins its approach with the orbiting lab. Finally, NASA TV’s live coverage of the hatch opening and crew welcoming ceremony begins at 8 p.m.