Science Soars to the Space Station on SpaceX CRS-18 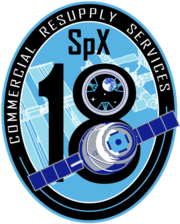 Dozens of scientific experiments are scheduled to travel to the International Space Station aboard a Dragon cargo spacecraft in late July. This 18th SpaceX Commercial Resupply Services (CRS) contract mission for NASA blasts off from Cape Canaveral Air Force Station in Florida on a Falcon 9 rocket. The springboard to NASA's missions to the Moon and Mars, the space station also provides opportunities for other U.S. government agencies, private industry, and academic and research institutions to conduct microgravity research. Such research can lead to the development of new technologies, medical treatments and products that improve life on Earth.

Read more about some of the scientific investigations traveling to the microgravity laboratory on the Dragon. 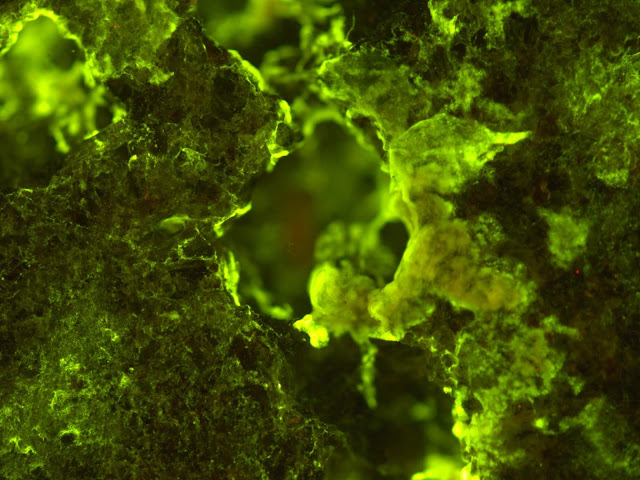 Image above: Sphingomonas desiccabilis, one of three microbes chosen for the BioRock experiment, seen growing on basalt. Run by a research team from the University of Edinburgh in the UK, BioRock tests how altered states of gravity affect biofilm formation on the International Space Station. Image Credits: UK Centre for Astrobiology/University of Edinburgh.

Microbes growing on the surface of rocks can gradually break down those rocks and extract minerals. This natural process enables a process called bio-mining. Common on Earth, bio-mining could eventually help explorers on the Moon or Mars acquire needed materials, lessening the need to use precious resources from Earth and reducing the amount of supplies that explorers must take with them. Microgravity affects the interaction between microbes and rocks, though, and may restrict bacterial growth. The BioRock investigation examines these interactions as well as physical and genetic changes in the microbes. The discoveries could support future acquisition of materials in space and advance development of life support systems with microbial components. 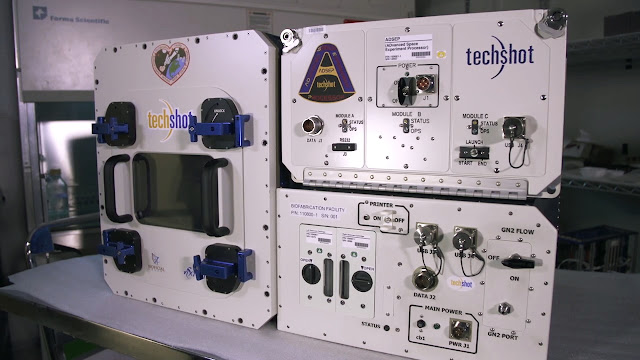 Scientists and medical professionals have long dreamed of using three-dimensional (3D) biological printers to produce usable human organs. But printing the tiny, complex structures found inside human organs, such as capillary structures, has proven difficult in Earth’s gravity. Microgravity eliminates the need for scaffolding structures to support complex tissue shapes, and the BioFabrication Facility (BFF) provides a platform to attempt printing of biological tissues on the space station. This investigation could serve as a first step toward achieving the ability to fabricate entire human organs in space.

How silica rolls in space

Goodyear Tire investigation evaluates the creation of silica fillers using traditional techniques but in microgravity, potentially yielding results not possible on Earth. A better understanding of silica morphology and the relationship between silica structure and its properties could improve the silica design process, silica rubber formulation, and tire manufacturing and performance on the ground. Such improvements could include increased fuel efficiency, which would reduce transportation costs and help to protect Earth’s environment.

Mosses, tiny plants without roots, need only a small area for growth. These plants show changes in biomass and photosynthesis rate in response to changes in gravity. These traits could prove an advantage for the potential use of mosses as a source of food and oxygen in space and future bases on the Moon or Mars. Space Moss compares mosses grown aboard the space station with those grown on Earth to determine how microgravity affects growth, development, gene expression, photosynthesis, and other features. The investigation also provides a better understanding of the mechanisms of moss response to microgravity, with potential applications for engineering plants to grow better on Earth.

How space gets on our nerves

Space Tango-Induced Pluripotent Stem Cells examines how microglial cells grow and move in 3D cultures and changes in gene expression that occur in microgravity. Microglia are a type of immune defense cell found in the central nervous system. Understanding the way nerve cells grow and survive along with the accompanying changes in gene expression in microgravity is essential to protecting astronaut health, particularly on long-duration missions.

This long-term cell culture investigation is also the first to use human-induced pluripotent stem cells (iPSCs) in microgravity to study Parkinson’s disease and multiple sclerosis. Adult cells genetically programmed to return to an embryonic stem cell–like state, iPSCs potentially could provide an unlimited source of any type of human cell for therapeutic purposes. This research could provide valuable insights into the processes of these diseases and lead to improved prevention and treatments.

Connecting with the space station 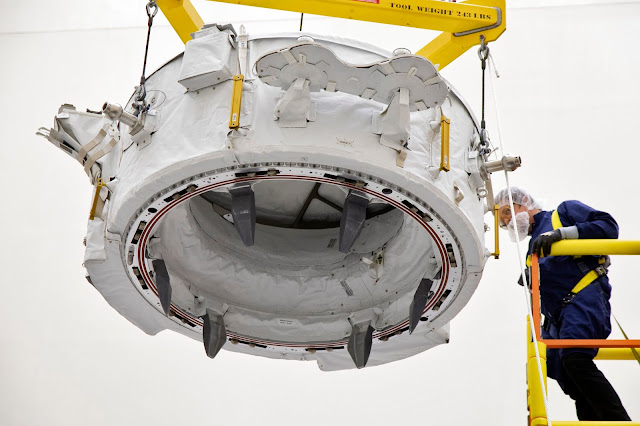 Image above: The International Docking Adapter 3 as it is packed into the SpaceX Dragon at Cape Canaveral Air Force Station in Florida on June 19. IDA 3 is intended to support future U.S. crewed vehicles visiting the station. Image Credit: NASA.

International Docking Adapters or IDAs serve as physical points for connecting spacecraft to the space station. Any spacecraft can be designed to use IDAs, from new commercial spacecraft to other yet-to-be designed international vehicles. IDA systems have become more sophisticated than previous docking systems. For example, lasers and sensors allow the station and spacecraft to talk to each other digitally, sharing distance cues and enabling automatic alignment and connection.

IDA 3 attaches to the Harmony node and can accommodate Commercial Crew Program (CCP) vehicle dockings, including the first spacecraft to launch astronauts from U.S. soil since the space shuttle. 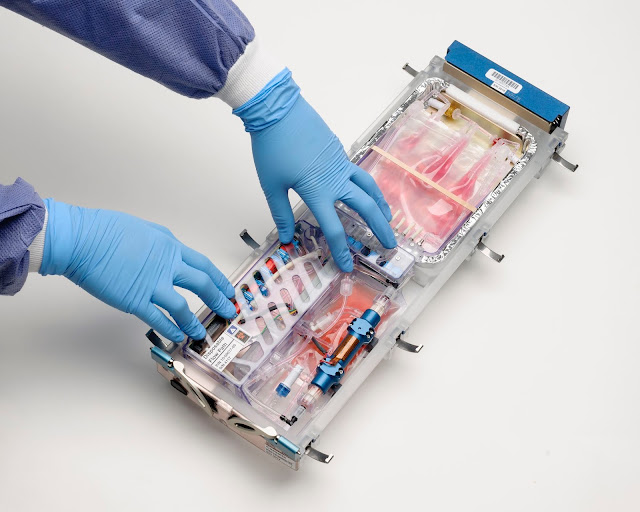 Image above: Interior view of an incubator cassette from the Bioculture System used by the Cell Science 02 investigation. Image Credits: NASA photo by Dominic Hart.

The Cell Science-02 investigation examines the effects of microgravity on healing and tissue regeneration and on the agents that induce that healing. The investigation improves understanding of how selected growth factors affect tissue regeneration at the molecular and biochemical level and contributes to developing better countermeasures against loss of bone density experienced by astronauts in space. The investigation also has potential applications for those with impaired healing of serious wounds and for treating bone loss due to osteoporosis on Earth.