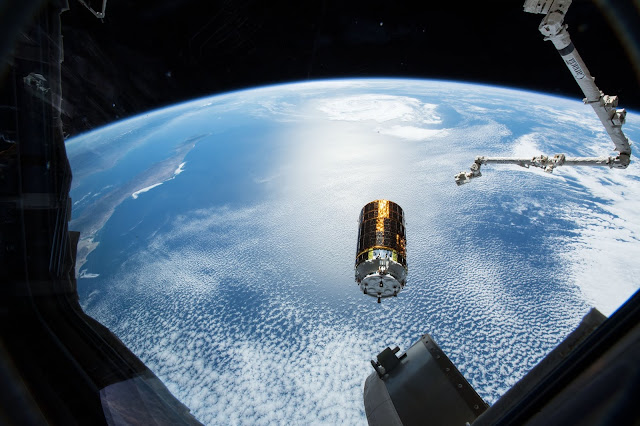 Image above: The Japanese Space Agency (JAXA) developed an uncrewed cargo transfer craft, called the H-II Transfer Vehicle (HTV), to deliver supplies to the International Space Station. This image shows the HTV-7 resupply ship after its release from the Canadarm2 robotic arm as the space station orbited above the Pacific Ocean some 311 miles west of Baja California. Image Credit: NASA.

Here are details about some of the scientific investigations and facilities heading to the orbiting lab on HTV-8. 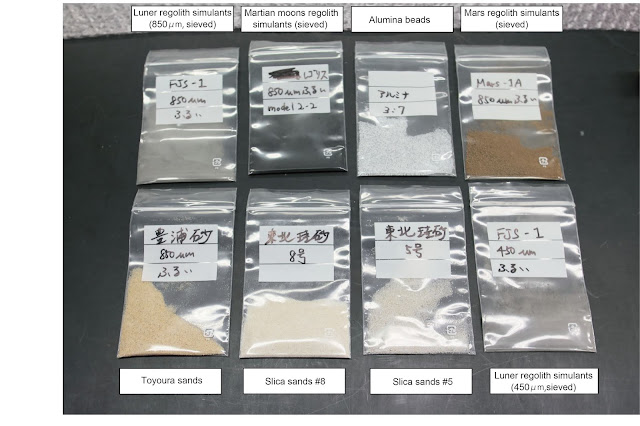 The Demonstration of Small Optical Communication System (SOLISS) investigation demonstrates new technology for future broadband data communication in space. SOLISS is an optical system mounted on the Japanese Experiment Module (JEM), an external platform providing continuous exposure to space for a variety of experiments. SOLISS technology allows transmission of large amounts of data from the space station, as well as from satellites in geostationary orbit to ground stations.

FLARE explores the flammability of materials in microgravity by burning various solid fuels under different conditions inside a flow tunnel. Microgravity significantly affects how combustion occurs, but current tests of the flammability of materials for crewed space missions do not consider the effect of gravity. This investigation demonstrates a new way to predict flammability in microgravity that could fill this gap and significantly improve fire safety aboard spacecraft on future exploration missions. Final components of the FLARE module arrive on the cargo ship.