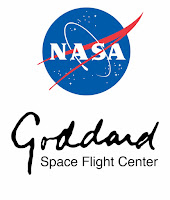 Earth’s global average surface temperature in 2021 tied with 2018 as the sixth warmest on record, according to independent analyses done by NASA and the National Oceanic and Atmospheric Administration (NOAA).

Continuing the planet’s long-term warming trend, global temperatures in 2021 were 1.5 degrees Fahrenheit (0.85 degrees Celsius) above the average for NASA’s baseline period, according to scientists at NASA’s Goddard Institute for Space Studies (GISS) in New York. NASA uses the period from 1951-1980 as a baseline to see how global temperature changes over time. 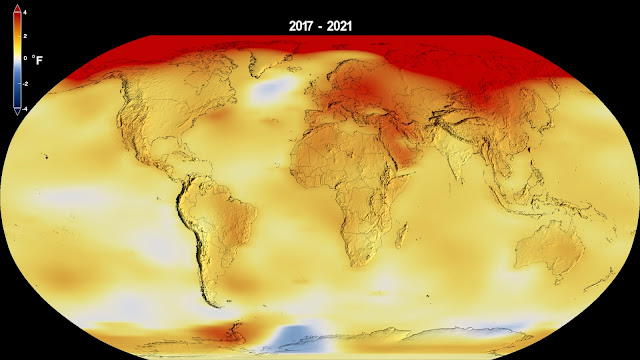 Collectively, the past eight years are the warmest years since modern recordkeeping began in 1880. This annual temperature data makes up the global temperature record – which tells scientists the planet is warming.

According to NASA’s temperature record, Earth in 2021 was about 1.9 degrees Fahrenheit (or about 1.1 degrees Celsius) warmer than the late 19th century average, the start of the industrial revolution.

“Science leaves no room for doubt: Climate change is the existential threat of our time,” said NASA Administrator Bill Nelson. “Eight of the top 10 warmest years on our planet occurred in the last decade, an indisputable fact that underscores the need for bold action to safeguard the future of our country – and all of humanity. NASA’s scientific research about how Earth is changing and getting warmer will guide communities throughout the world, helping humanity confront climate and mitigate its devastating effects.”

This warming trend around the globe is due to human activities that have increased emissions of carbon dioxide and other greenhouse gases into the atmosphere. The planet is already seeing the effects of global warming: Arctic sea ice is declining, sea levels are rising, wildfires are becoming more severe and animal migration patterns are shifting. Understanding how the planet is changing – and how rapidly that change occurs – is crucial for humanity to prepare for and adapt to a warmer world.

Weather stations, ships, and ocean buoys around the globe record the temperature at Earth’s surface throughout the year. These ground-based measurements of surface temperature are validated with satellite data from the Atmospheric Infrared Sounder (AIRS) on NASA’s Aqua satellite. Scientists analyze these measurements using computer algorithms to deal with uncertainties in the data and quality control to calculate the global average surface temperature difference for every year. NASA compares that global mean temperature to its baseline period of 1951-1980. That baseline includes climate patterns and unusually hot or cold years due to other factors, ensuring that it encompasses natural variations in Earth’s temperature.

Temperature Record 101: How We Know What We Know about Climate Change

Many factors affect the average temperature any given year, such as La Nina and El Nino climate patterns in the tropical Pacific. For example, 2021 was a La Nina year and NASA scientists estimate that it may have cooled global temperatures by about 0.06 degrees Fahrenheit (0.03 degrees Celsius) from what the average would have been.

A separate, independent analysis by NOAA also concluded that the global surface temperature for 2021 was the sixth highest since record keeping began in 1880. NOAA scientists use much of the same raw temperature data in their analysis and have a different baseline period (1901-2000) and methodology.

“The complexity of the various analyses doesn’t matter because the signals are so strong,” said Gavin Schmidt, director of GISS, NASA’s leading center for climate modeling and climate change research. “The trends are all the same because the trends are so large.”

NASA’s full dataset of global surface temperatures for 2021, as well as details of how NASA scientists conducted the analysis, are publicly available from GISS.

GISS is a NASA laboratory managed by the Earth Sciences Division of the agency’s Goddard Space Flight Center in Greenbelt, Maryland. The laboratory is affiliated with Columbia University’s Earth Institute and School of Engineering and Applied Science in New York.

To continue to deny global warming is either intellectual dishonesty or worse, ignorance. And those who do not want to do anything to change the situation because they do not want to lose their comfort of life or money, it is a crime against humanity and all forms of life.