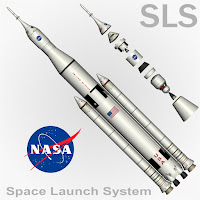 As teams continue to prepare NASA’s Space Launch System (SLS) rocket for its debut flight with the launch of Artemis I, NASA and its partners across the country have made great progress building the rocket for Artemis II, the first crewed Artemis mission. The team is also manufacturing and testing major parts for Artemis missions III, IV and V.

“The Space Launch System team is not just building one rocket but manufacturing several rockets for exploration missions and future SLS flights beyond the initial Artemis launch,” said John Honeycutt, SLS program manager at NASA’s Marshall Space Flight Center in Huntsville, Alabama. “The Artemis I mission is the first in a series of increasingly complex missions that will extend our presence on the Moon. The SLS rocket’s unprecedented power and capabilities will send missions farther and faster throughout the solar system.” 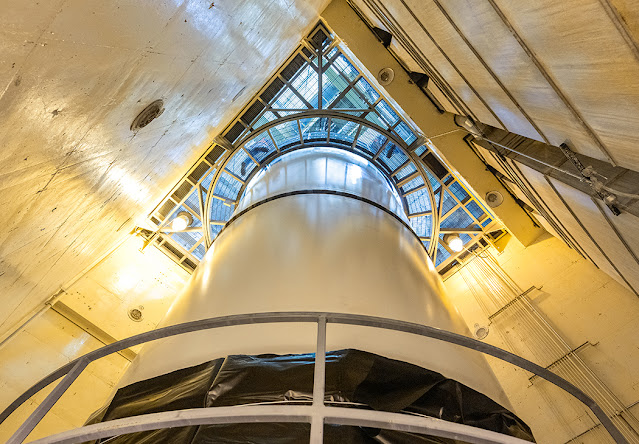 Image above: Casting and assembly of solid rocket booster, shown her, for the Artemis IV mission is underway at Northrop Grumman’s factory in Promontory, Utah. The booster motors for Artemis II and Artemis III have completed casting and are ready to go to NASA’s Kennedy Space Center where they will be assembled with other booster hardware being prepared for the missions. Image Credit: NASA.

With its two solid rocket boosters and four RS-25 engines, SLS produces more than 8.8 million pounds of thrust to launch each Artemis mission beyond Earth’s orbit and onward to the Moon. The rocket features some of the largest, most advanced, and most reliable hardware elements ever built for space exploration.

To power the agency’s next-generation deep space missions, SLS delivers propulsion in phases. At liftoff, the core stage with its four RS-25 engines and the twin boosters fire to propel SLS off the launch pad into orbit. Once in orbit, the Interim Cryogenic Propulsion Stage (ICPS) provides the in-space propulsion to send NASA’s Orion spacecraft and its crew on a precise trajectory toward the Moon.

The first piece of rocket hardware – the ICPS – for Artemis II arrived in Florida July 28, 2021. It is undergoing final preparations at lead contractors Boeing and United Launch Alliance’s (ULA) facilities and will soon be delivered nearby to NASA’s Kennedy Space Center. The ICPS fires its RL10 engine, provided by Aerojet Rocketdyne, to send the Orion spacecraft toward the Moon. ULA is already building the Artemis III ICPS in its factory in Decatur, Alabama. 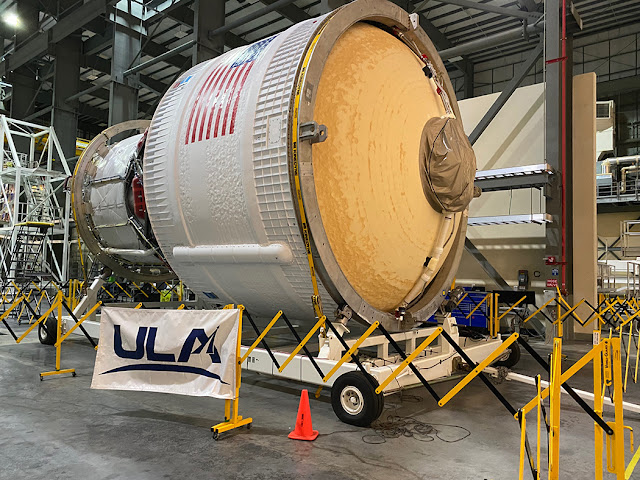 Image above: The Interim Cryogenic Propulsion Stage (ICPS) – for Artemis II arrived at the Space Coast on July 28, 2021. It is undergoing final preparations at prime contractors Boeing and United Launch Alliance’s (ULA) facilities and will soon be delivered to nearby Kennedy Space Center. The ICPS fires its RL10 engine, provided by Aerojet Rocketdyne, to send the Orion spacecraft toward the Moon. ULA is already building the Artemis III ICPS in its factory in Decatur, Alabama. Image Credit: ULA.

“The Space Launch System is a highly capable launch vehicle purposely designed and rigorously tested to safely transport people, large cargo, and flagship science missions to deep space destinations,” said John Blevins, SLS chief engineer at Marshall. “From the beginning, the SLS rocket was built to first safely send astronauts to space, and at the same time, to evolve to an even more powerful configuration that can support a variety of missions.”

Every NASA center and more than 1,000 different companies across America helped build the Artemis I SLS rocket as well as the SLS rockets that will launch future missions. The boosters and RS-25 engines – the main propulsion elements of the rocket -- for the Artemis II and Artemis III missions are in the final stages of assembly. In Utah, crews with Northrop Grumman, the lead contractor for the boosters, have completed casting all the booster motor segments for both Artemis II and Artemis III and began casting segments for Artemis IV. The five-segment solid rocket booster is the largest and most powerful booster ever built for spaceflight.

Aerojet Rocketdyne, the RS-25 lead contractor, is readying the RS-25 engines for the next three SLS flights after Artemis I. The engines have been tested and will be integrated with their respective core stages closer to final assembly. The engines for Artemis II are ready to go to NASA’s Michoud Assembly Facility in New Orleans, where they’ll be integrated with the SLS core stage. The Artemis III engines are being prepared for flight at Aerojet Rocketdyne’s facility at NASA’s Stennis Space Center near Bay St. Louis, Mississippi, and the company is already manufacturing engines for missions beyond Artemis IV. 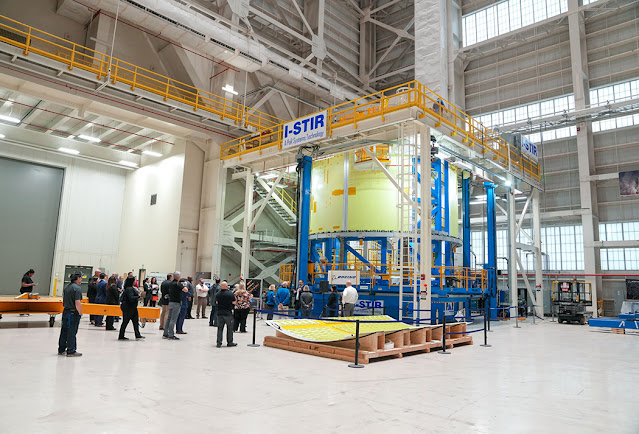 Image above: NASA Administrator Bill Nelson and Deputy Administrator Pam Melroy get a look at the Space Launch System (SLS) core stage engine section that will be part of the Artemis IV Moon rocket. The core stage and its four RS-25 engines produce 2.2 million pounds of thrust to help launch mission. NASA and lead contractor Boeing are building core stages for three Artemis missions at the agency’s Michoud Assembly Facility in New Orleans. They also have started development work on the Exploration Upper Stage, a powerful rocket stage, that can send even more payload to the Moon than the rocket’s initial configuration for the first three missions. Image Credit: NASA.

“New tooling has been installed at Michoud to build the Exploration Upper Stage at the same time core stages are produced,” said Steve Wofford, NASA’s manager for the SLS Block IB effort. The EUS will send 83,000 pounds to the Moon, which is 40 percent more payload to orbit than the ICPS used on early Artemis missions, and 70 percent more than any existing rocket.”

Crews from Teledyne Brown Engineering in Huntsville, Alabama, and Marshall are manufacturing the cone-shaped launch vehicle stage adapters and Orion stage adapters for Artemis II and Artemis III. The adapters serve as vital connection points for the core and ICPS and Orion spacecraft. For missions beyond Artemis III, the universal stage adapter will connect the EUS to the Orion spacecraft and act as a payload storage compartment, accommodating large payloads, such as logistics modules or other exploration spacecraft. Engineers at RUAG Space USA completed panels for a universal stage adapter test article and delivered the panels to Dynetics in Huntsville, Alabama, the lead contractor for the adapter, that is assembling the test article in preparation for tests later in 2022.

With Artemis, NASA will land the first woman and the first person of color on the lunar surface and establish long-term exploration at the Moon in preparation for human missions to Mars. SLS and NASA’s Orion spacecraft, along with the human landing system and the Gateway in orbit around the Moon, are NASA’s foundation for deep space exploration.

For more on NASA’s SLS and additional photographs, visit: https://www.nasa.gov/sls