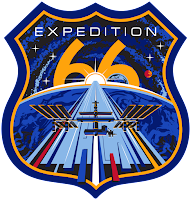 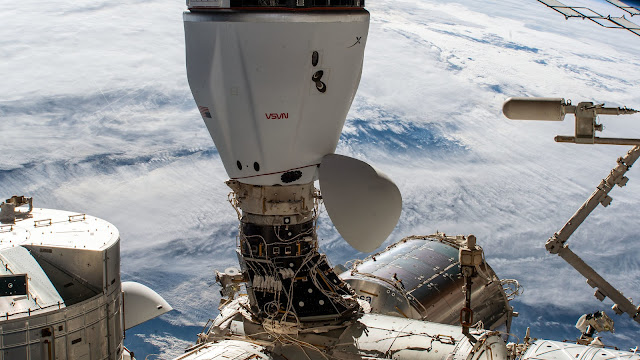 Image above: The SpaceX Cargo Dragon spacecraft is set to depart the International Space Station on Friday, Jan. 21, for a splashdown Saturday, Jan. 22, off the coast of Florida. Image Credit: NASA.

The Expedition 66 crew is wrapping up the work week continuing its Russian spacewalk preparations while packing a U.S. resupply ship for departure next week. The orbital residents also had time set aside for eye checks and science hardware work.

The SpaceX Cargo Dragon vehicle is due to complete its mission at the International Space Station on Jan. 21 after 30 days docked to the Harmony module’s space-facing port. NASA Flight Engineers Raja Chari and Thomas Marshburn began Friday loading up the Dragon with a variety of cargo that will be returned to Earth one day after the vehicle’s undocking. ESA (European Space Agency) astronaut Matthias Maurer assisted the duo in the afternoon organizing and securing the cargo inside the U.S. commercial cargo craft. 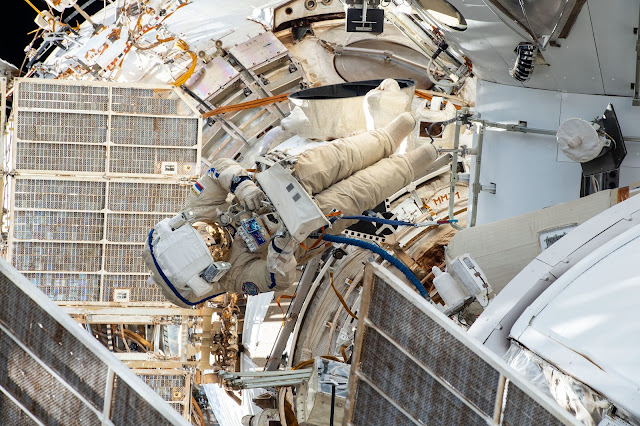 Chari and Maurer also led a pair of eye checks aboard the orbiting lab on Friday afternoon with NASA astronaut Mark Vande Hei as the subject. Maurer started the first exam scanning Vande Hei’s eye with the Ultrasound 2 device. Following that, Chari looked at the veteran astronaut’s retinas using standard medical imaging gear, optical coherence tomography, that can be found inside a doctor’s office.

NASA Flight Engineer Kayla Barron spent Friday working on experiment hardware throughout the space station’s U.S. segment. She started the morning retrieving research components exposed to the harsh environment of space from inside the Kibo laboratory module’s airlock. During the afternoon, Barron began setting up and photographing science gear in several station modules to prepare for upcoming research. 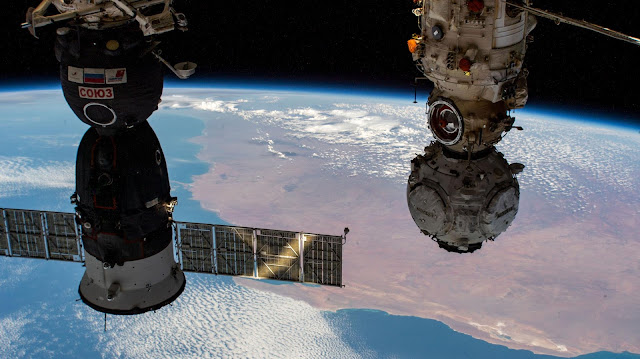 Image above: Pictured from left are the Soyuz MS-19 crew spacecraft and the Nauka Multipurpose Laboratory Module with the Prichal docking module attached as the International Space Station orbited 266 miles above the Indian Ocean off the western coast of Australia. Image Credit: NASA.

Cosmonauts Anton Shkaplerov and Pyotr Dubrov spent the last day of the week trying on their Russian Orlan spacesuits, checking for pressure leaks and testing their communication systems. They will exit the Poisk module on Jan. 19 for a seven hour spacewalk to outfit and configure the Prichal and Nauka modules.